AMart said:
Jews were heavily involved on the slave trade.
Click to expand... 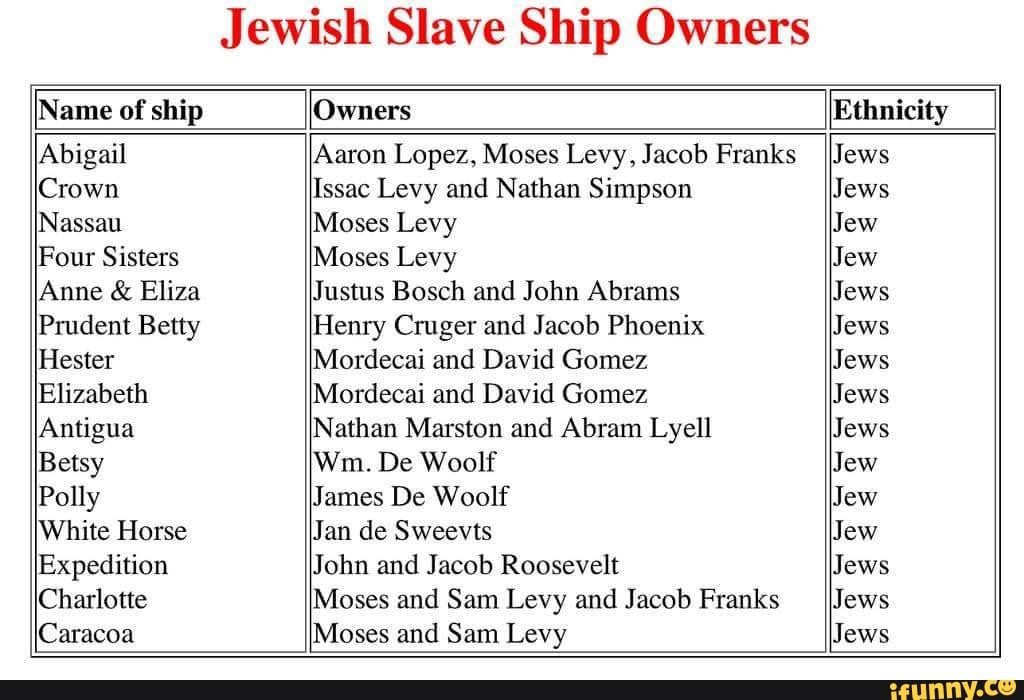 Oh a number, you've found - 14 Jewish names out of all ship owners in the history of slavery.

Now can you supply anything in comparison to backup you exaggeration about the part of Jews as a collective in this, compared to any other group, or maybe specifically the Arab tribes that supplied the entire world for 14 centuries dominating the Muslim slave trade?

We both know you have neither the guts nor integrity.
Click to expand...

But you're afraid to list even a small part of those Arab tribes
that supplied the entire West, why all of a sudden so shy?

I wouldn't take your word for anything, and you still miss the point, it doesn't matter if they were as active in West Africa, nevertheless if they were, the number of Africans traded by Muslims would be much higher than the 112 million in the Middle East alone,
and the 11 million they've sold to Americas.

The sheer magnitude of slavery in the Muslim world,
is incomparable, by a large margin, to any other civilization.
Click to expand...

The Arabs had NOTHING to do with the West African slave trade.
Click to expand...

Sure habibti, the civilization that vastly dominated the African slaves markets,
and traded them to the entire world - "had nothing to do" with African slaves in the US...

Again, this desperate attempt at exaggerating all else,
while absolute denial about any involvement of Muslims in US slavery - is telling.

But when African Americans realize,
they were sold on Muslim markets,
no Farakhan will help...

Can't fool everyone all the time.
Last edited: Apr 18, 2021
You must log in or register to reply here.

“Agent Argo" of the KGB

Why do some black people hate white people after all this time?

The Birthday of an American Hero

K
CDZ Imperialism and mass murder or noninterventionism and virtue?
6 7 8

Proud Boys Leader Charged In Capitol Attack Feels Betrayed By Trump: ‘You Left Us’...“I’ve followed this guy for 4 years given everything and lost it"
2 3