FULL ON "HOMICIDE" of George Floyd

If you rely on the second autopsy then you have to conclude that Epstein was murdered.
Ask Hillary to decide.

This is very troubling. The great Mark Hunt attempting to asphyxiate and thus kill the great Fedor Emelianenko live on TV by applying his 260 pound of body weight on the front of Fedor's neck. Fortunately the refs stopped it after Fedor tapped Mark out, otherwise Fedor would not be able to breathe.

Floyd had fentanyl in his system.
T

toomuchtime_ said:
Of course, the knee on his neck could not have compressed his lungs
Click to expand...

Nobody says it did. The police officers kneeling on his back compressed his lungs.

Of course everyone said it was Chauvin, the police officer who had his knee on Floyd's neck, who caused his death. The independent autopsy stated that the results were consistent with compressed lungs but that no evidence was found that the officers in fact compressed his lungs.

"But Dr. Baden acknowledged that the pressure was not necessarily visible in the autopsy because by the time any doctors reviewed the body, the pressure had been released. He added that abrasions on the left side of Mr. Floyd’s face and shoulder showed how hard he was pressed against the pavement. " 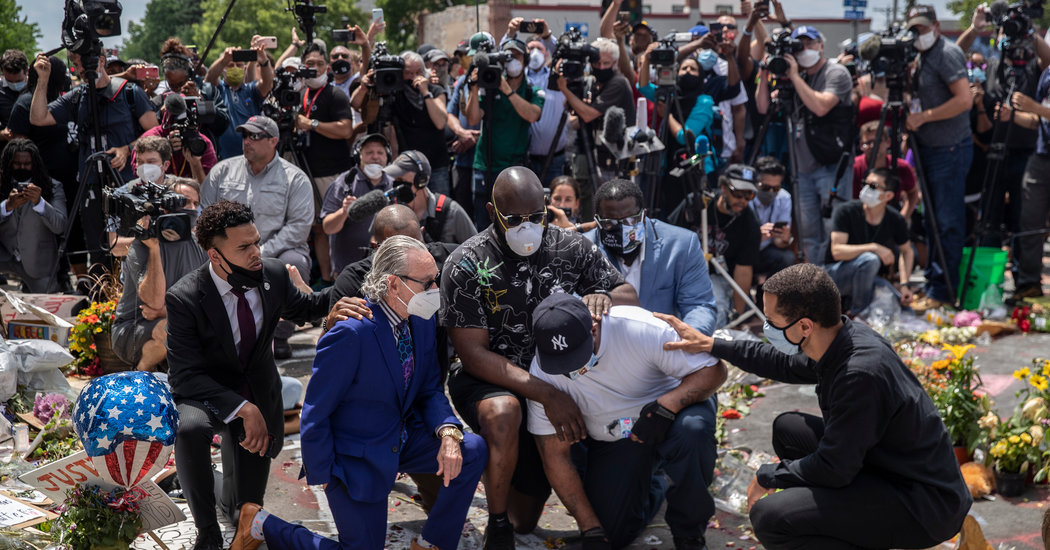 How Did George Floyd Die? Here’s What We Know

A private autopsy commissioned by the family concluded that his death was a homicide, brought about by compression of his neck and back by Minneapolis police officers.

So the private autopsy found not physical evidence the officers compressed Floyd's chest sufficiently to cause death by asphyxiation - no bruising, no broken bones - and based their conclusion that Floyd was killed by officers kneeling on his back entirely from the grainy videos we all have seen.

The toxicology report from the medical examiner's office revealed " Mr. Floyd was intoxicated with fentanyl and had recently used methamphetamines."

Fentanyl, of course, can cause fatal asphyxiation.

The disgusting felon who should still be in prison for his previous crimes had an overdose and the sick, hate-filled, racist bastards who obviously never worked a day in their lives attempt to destroy America. Can things get more fucking bizarre?

initforme said:
Had the cop not kneeled on his neck over a lousy possible couterfeit bill, a laughable offense, he'd still be alive. This could have all been avoided by just a simple cuff and booking. Yet I wonder if this cop had other motives?
Click to expand...

Of course, what they should have done -- and what most cops would likely do -- was to call for medical assistance for Floyd. But the rabid cop had clearly taken personally Floyd's resistance and wanted to teach him a lesson. Which is not his job.
Click to expand...

You know what I finding puzzling? When you have to use your firearm in self-defense you are required to render aid to the person you just shot, even if the aid only consists of calling the EMT so that they can tend to the injured party.

In this case Chauvin caused the "injury" even though it was not inflicted by gunfire, yet even after being informed by several individuals in addition to Floyd himself, that Floyd was unable to breath, Chavin continued to restrict his airway, never ceasing the restriction or checking on Floyd to see if he was still breathing or had a pulse as evidenced by the 2 1/2 minutes of him continuing to keep his knee on Floyd's neck after he lost consciousness and became unresponsive.

If the police have a legal duty to render aid, how could he think he could get away with something like this particularly with so many people filming him?

The cop did not restrict his airway you nitwit. By the way who dies after being unconscious for 2 minutes? If that was a fact there would be no need for EMS, just morgue trucks. The poor bastard was fucked up with very deadly drugs that shut down his cardio system, especially if a dumbass already has cardio disease. If the cop was a physician he would have known that the thug was about to croak. But he was simply a cop subduing a felon.
Last edited: Jun 2, 2020
You must log in or register to reply here.

B
Trump Has a Half Billion in Loans Coming Due, Now, $500 Billion In PPP Funds Have Gone Missing