Why Immigration Numbers are Going Down

Frequently when pundits criticize the president for "manufacturing a crisis" at the border they point to charts or tables showing immigration numbers going down. It is true. The numbers have gone down. Here may be an explanation why.

Pew Research used to add 10-20% to pad their figures on these totals. Now they add 3-4%. There is no explanation why - maybe the numbers were an embarrassment before. But any reasonable person can see that these numbers have never been real and attempts to accurately quantify how many undocumented immigrants are in this country are convoluted at best.

Now, some anecdotal evidence. Somewhere around Monterrey, Mexico is a training camp for immigrants, a sort of boot camp to whip them into shape for the trek into the US. This particular one takes 40-50 people at a time, at $4,000 US per person. Not a lot of people, but I'm guessing that with people willing to pay this much money, this is probably not the only such "underground railroad" in operation. How do I know this? My partner's brother crossed from Honduras, through Mexico in this way. He was calling and explaining everything he went through during the whole journey. There were times when he was instructed that he could not make calls with his cell phone because the "safe houses" the group was staying in were in such remote areas that 40-50 cell phones pinging a cell tower all at once would be cause for suspicion. Other than that, the journey went as planned and, for better or worse, my extended family member made it into the country. He crossed in an area where there was no border barrier, and little security. The first major city he passed through was Corpus Christi, then up to Houston and beyond.

Yet another odd factoid that pundits point to in the immigration information war is this notion that the DEA says illegal drugs mostly come in through established points of entry. The DEA can only count drugs that they have confiscated. How can they possibly know where drugs that end up in the hands of users came from? When someone ODs and they have their stomach pumped is there a nano-tracker in the drug residue the doctors extract that tells them where it came from?

Is illegal immigration a manufactured crisis? A good question with opinions flying from all sides. One thing is for sure - everything is not coming up roses. There are serious long standing problems that both sides need to address without all of the political posturing and base-whipping getting in the way.

Good luck. This is America - the only developed country with only two political parties, who maintain a stranglehold on our government - and our media.
Last edited: Jan 19, 2019 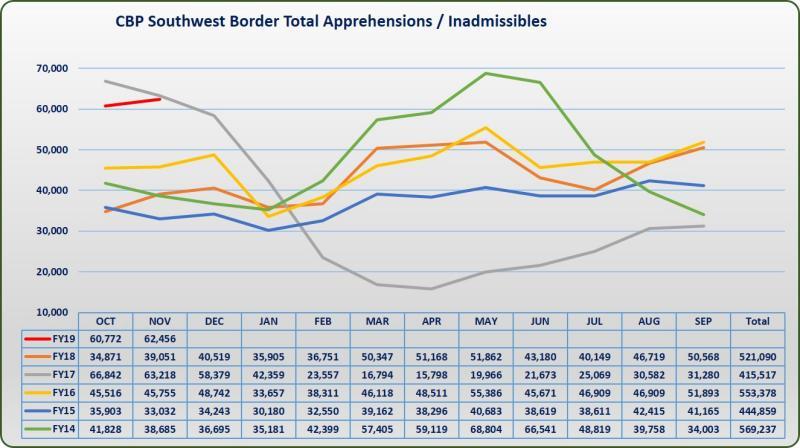 Anyone driving through California can understand that illegal immigration is a problem. This thread is a non-starter.
You must log in or register to reply here.

Trump's compromise solution seems reasonable. Why are Democrats opposing this?

The Progressive Socialist Democrats Do Not Care About the American People