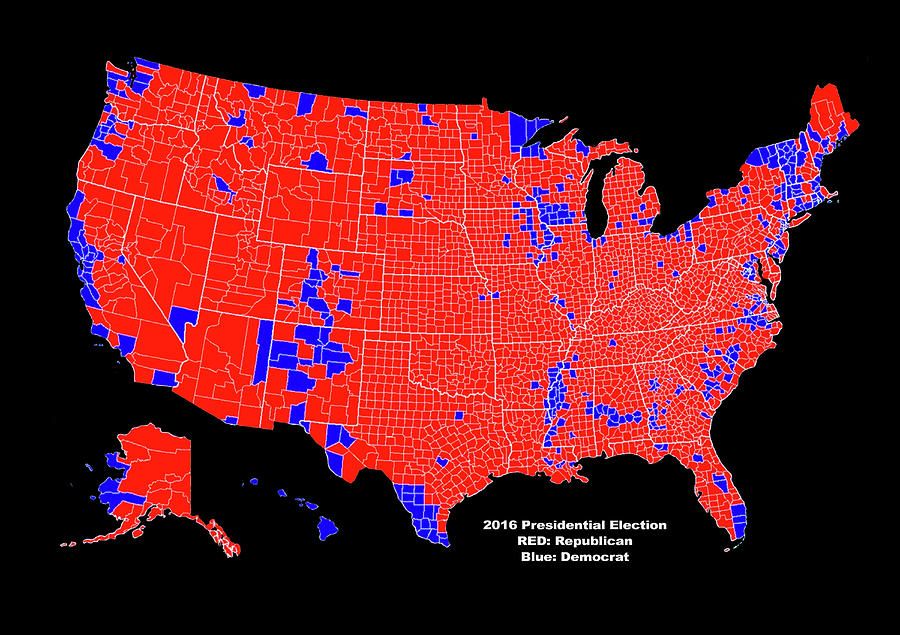 Whoever wins it won't be Hilarious Clinton, thank God.

Rump supporters define "landslide" as when Rump squeaked the EC by 77,000 votes in three states.

He'll have such a huge win on the 3rd. that the phoney mail in votes won't be able to swing it the other way. We'll have our winner Tues. night.

Three states he was supposed to lose huge to Hillary. Hence your vote count analytics is stupid.

That’s right. Trump had the biggest margin since Reagan.

No wait, Obama won more votes in 2012. Turns out he meant among Republicans.

Well, someone told Trump that so whatever. 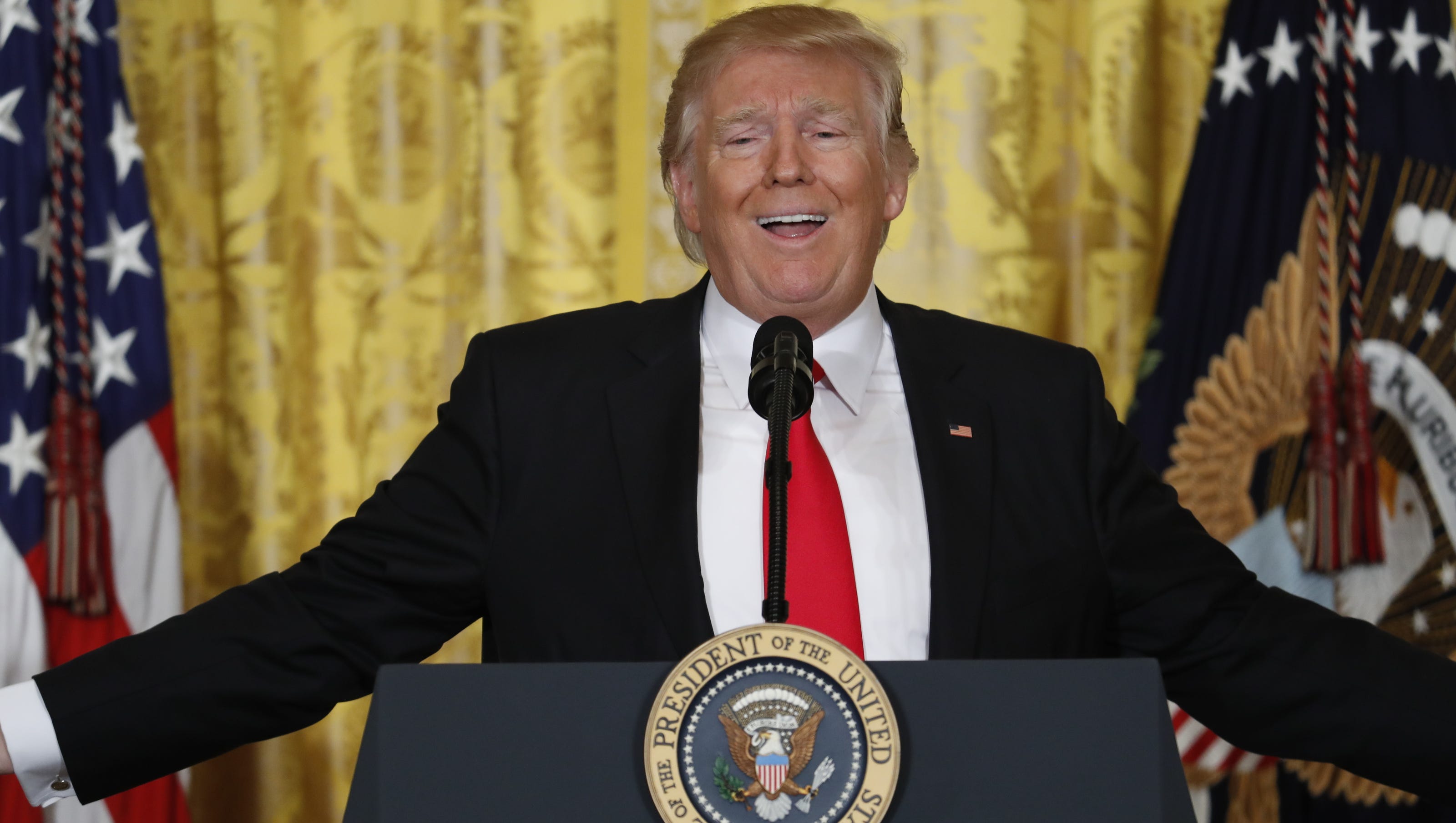 "I was given that information," the president said.
www.usatoday.com

The globalists and the Deep State will win. They don't give a shit about Trump or Biden, they have long range plans and clearly are just distracting folks with the election.

It is being purposely set up to create havoc, so that major reforms will be instituted afterward. The internet, local communities, police forces, everything could potentially change after the election. Everyone stock up on supplies.

Hell, they might even shut down all communications, for several months, so we might not get to talk to each other. . . who knows?

I thought that conversation between Alex Jones and Joe Rogan three days ago was pretty spot on.


It will be the perfect excuse to abolish all local police departments, enact marshal law, etc.

“Bipartisan” Washington Insiders Reveal Their Plan for Chaos if Trump Wins the Election
A group of “bipartisan” neoconservative Republicans and establishment Democrats have been “simulating” multiple catastrophic scenarios for the 2020 election, including a simulation where a clear victory by the incumbent provokes “unprecedented” measures, which the Biden campaign could take to foil a new Trump inauguration. 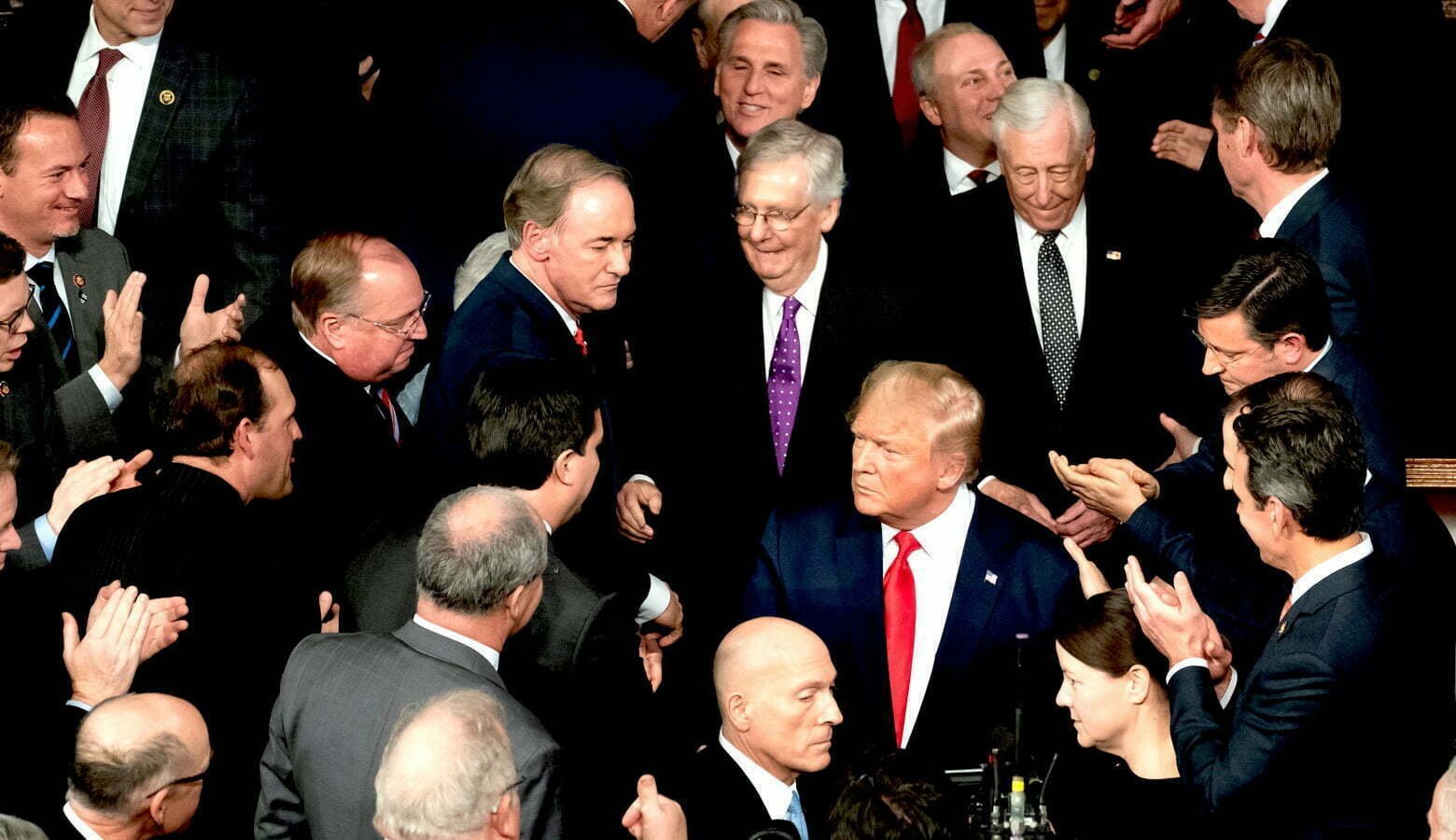 A group of “bipartisan” neoconservative Republicans and establishment Democrats have been “simulating” multiple catastrophic scenarios for the 2020 election, including a simulation where a clear victory by the incumbent provokes “unprecedented” measures, which the Biden campaign could take to...


". . . .OSF ties to the TIP are a red flag for a number of reasons, namely due to the fact that OSF and other Soros-funded organizations played a critical role in fomenting so-called “color revolutions” to overthrow non-aligned governments, particularly during the Obama administration. Examples of OSF’s ties to these manufactured “revolutions” include Ukraine in 2014 and the “Arab Spring,” which began in 2011 and saw several governments in the Middle East and North Africa that were troublesome to Western interests conveniently removed from power.

Subsequent leaked emails revealed the cozy ties between Soros and former Secretary of State Hillary Clinton, including one email where Soros directed Clinton’s policy with respect to unrest in Albania, telling her that “two things need to be done urgently,” which were to “bring the full weight of the international community to bear on Prime Minister Berisha” and “appoint a senior European official as mediator.” Both “urgent” tasks were subsequently performed by Clinton, presumably at Soros’ behest.

In addition to her ties to the Obama administration and OSF, Brooks is currently a scholar at West Point’s Modern War Institute, where she focuses on “the relationship between the military and domestic policing” and also Georgetown’s Innovative Policing Program. She is a currently a key player in the documented OSF-led push to “capitalize” off of legitimate calls for police reform to justify the creation of a federalized police force under the guise of defunding and/or eliminating local police departments. Brooks’ interest in the “blurring line” between military and police is notable given her past advocacy of a military coup to remove Trump from office and the TIP’s subsequent conclusion that the military “may” have to step in if Trump manages to win the 2020 election, per the group’s “war games” described above.

Brooks is also a senior fellow at the think tank New America. New America’s mission statement notes that the organization is focused on “honestly confronting the challenges caused by rapid technological and social change, and seizing the opportunities those changes create.” It is largely funded by Silicon Valley billionaires, including Bill Gates (Microsoft), Eric Schmidt (Google), Reid Hoffman (LinkedIn), Jeffrey Skoll and Pierre Omidyar (eBay). In addition, it has received millions directly from the U.S. State Department to research “ranking digital rights.” Notably, of these funders, Reid Hoffman was caught “meddling” in the most recent Democratic primary to undercut Bernie Sanders’ candidacy during the Iowa caucus and while others, such as Eric Schmidt and Pierre Omidyar, are known for their cozy ties to the Clinton family and even ties to Hillary Clinton’s 2016 campaign.

The Never Trumpers
Aside from Brooks, the other co-founder of TIP is Nils Gilman, the current Vice President of Programs at the Berggruen Institute and, prior to that, worked for Salesforce, a major tech company and government contractor. Gilman is particularly focused on artificial intelligence and transhumanism, recently telling the New York Times that his work at the Berggruen Institute is focused on “building [a] transnational networks of philosophers + technologists + policy-makers + artists who are thinking about how A.I. and gene-editing are transfiguring what it means to be human.” Nicholas Berggruen, for whom the Berggruen Institute is named, is part of the billionaire-led faction, alongside Blackstone’s Steve Schwarzman and Eric Schmidt, who seek to develop A.I. and the so-called “Fourth Industrial Revolution” in conjunction with the political leaders and economic elite of China.

They are critics and rivals of those in the “nationalist” camp with respect to A.I. and China, who instead prefer to aggressively “leapfrog” China’s A.I. capabilities in order to maintain U.S. global hegemony as opposed to a “new order” promoted by Berggreun, Schmidt, Schwarzman and Henry Kissinger, another key member of the “cooperation” faction. The battle over the U.S.’ future A.I. policy with respect to China appears to be a major yet widely overlooked reason for some of the antipathy towards Trump by those in the “cooperation” faction, including those who employ TIP’s founders, given Trump’s tendency to, at least publicly, support “America First” policies and increased tensions with China. In contrast, the Biden family is invested in Chinese A.I. companies, suggesting that Biden would be more willing to pursue the interests of the “cooperation” faction than Trump.

While the identities of the TIP’s founders and current director have been made public, the full member list of the TIP has not. However, the TIP’s “sister” organization, called The National Task Force on Election Crises (NTFEC), does have a public membership list and several of its members are also known to be part of the TIP. Some of these overlapping members include Michael Chertoff, former head of the Department of Homeland Security (DHS), Michael Steele, former chairman of the RNC and Lawrence Wilkerson, chief of staff to former Secretary of State, Colin Powell. Chertoff, Steele and Wilkerson, though Republicans, are part of the so-called “Never Trump” Republican faction, as are the TIP’s other known Republican members. Thus, while the “bipartisan” nature of TIP may be accurate in terms of party affiliation, all of known TIP’s members – regardless of party – are united in their opposition to another term for the current president.. . . . "

". . . . Who would stand to benefit the most from the imposition of martial law in the United States? I would argue that one need look no further than the battle within Washington power factions over the future of AI, which has been deemed of critical importance to national security by the public sector, the private sector and prominent think tanks. The Schmidt-led NSCAI and other bodies determining the country’s AI policy plan to implement a series of policies that will be deeply resisted by most Americans – from the elimination of individual car ownership to the elimination of cash as well as the imposition of an Orwellian surveillance system, among other things.

All of these agendas have advanced under the guise of combatting coronavirus, but their advance can only continue to use that justification for so long. For groups like the NSCAI, Americans must welcome these AI-driven advances or else, even if it means Americans face losing their jobs or their civil liberties. Otherwise, these groups and their billionaire backers argue, the U.S. will be “left out” and “left behind” when it comes time to set the new global standards for AI technology, as the U.S. will then be left in the dust by China’s growing AI industry, which is fed by its own implementation of these technologies.

By keeping Americans angry and distracted by the partisan divide through pre-planned election chaos, a “New America” waits in the wings – one that is coming regardless of what happens on election day. That is, of course, unless Americans quickly wake up to the ruse."

But remember, this has been a pretty shitty year.

If you meant a Biden landslide you are right.

BluesLegend said:
Three states he was supposed to lose huge to Hillary. Hence your vote count analytics is stupid.
Click to expand...

Doesn’t change the fact that Trump’s win in 2016 was razor thin.

Are you asking who will win or who will end up as President?
Z

Never Count Trump Out Early! If the deal can be closed, he'll close it.

In Trump's America, even Grandma practices The Art Of The Deal! 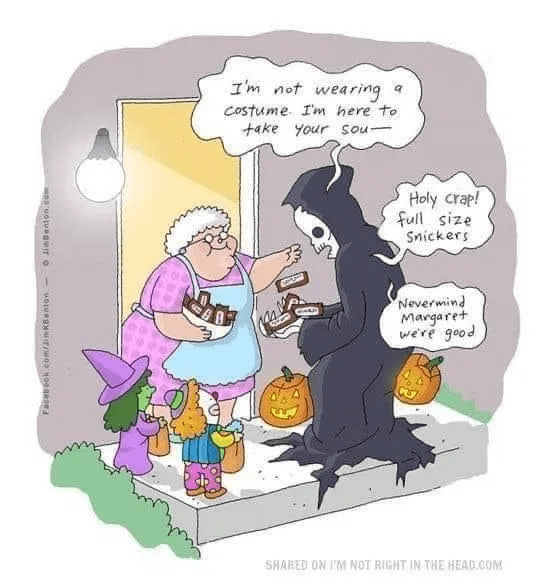 That’s right. Trump had the biggest margin since Reagan.

No wait, Obama won more votes in 2012. Turns out he meant among Republicans.

Well, someone told Trump that so whatever.

"I was given that information," the president said.
www.usatoday.com
Click to expand...

Did my favorite Trump liar Sarah Huck clean that one up or was it Spicey or maybe Kellyanne?
You may have also have heard that he had the biggest inaugural crowd - Like EVER ...
AND that he's done more for blacks than any president since Lincoln!

Demo dimwitted loose it all along with their minds which they started losing about 15 years ago.

Never Count Trump Out Early! If the deal can be closed, he'll close it.

In Trump's America, even Grandma practices The Art Of The Deal!

Dogmaphobe said:
Are you asking who will win or who will end up as President?
Click to expand... 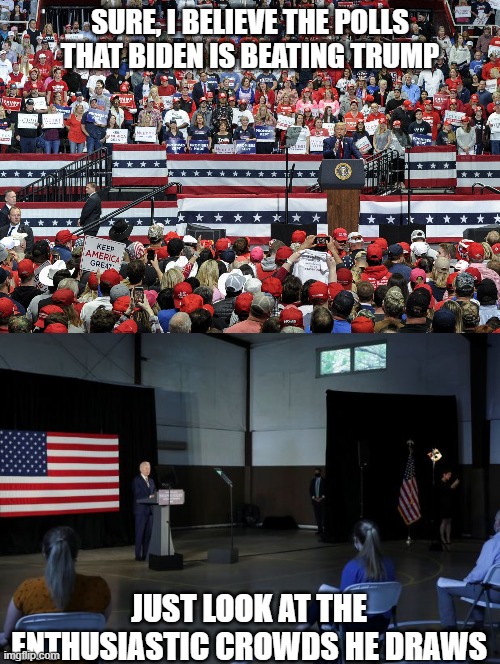 Biden to name Republican as Ambassador to UK
2 3

Awesome POTUS theft-elected speaks to the nation for Thanksgiving
2

The number of potentially fraudulent ballots exceeds the vote margin between Trump and Biden.
2 3 4