If a mass murderer had escaped in a pink car and you were stopped at a check point because you too were driving a pink car, wouldn't you be happy to cooperate with authorities glad that they were working to keep people safe?

NOT SO the Lt. Governor of Washington State, Cyrus Habib, who just happens to be of Iranian decent and the only Iranian-American elected to state office.

I'm largely German and if we were at war with Germany or under threat by them, I might not like it, but I would understand and tolerate being stopped and questioned just because I understand that such precautions are necessary if you are to effectively screen for potential homeland threats that might involve people whose loyalties are outside the nation. Not so our Lt. Governor.

Apparently some Iranian-Americans who left the country into Canada were stopped and questioned upon returning to the USA in Washington State and Mr. Habib DOES NOT LIKE IT. Never mind that Iran has threatened us for years and now we are under a heightened alert for any possible attacks or scurrilous activities.

These people were detained and inconvenienced. Now get this: if nothing else, the word is out that we are watching you more closely if you have some tie to Iran. Yes, I get it that these were Americans and it wasn't like they just flew in from Tehran. But is Mr. Habib, like so many Mexican and Latino counterparts, claiming that just because you are an American, you are above suspicion, incapable of false allegiances, or immune from being questioned?

Have we forgotten the number of citizens here who literally left this country to fly over and join ISIS and the like actually fighting against us? One thing I've learned in reading this forum is that there are a fair number of KOOKS in this country, some of which I'd worry about. So Habib's solution is for ALL people, every car, be stopped and questioned rather than just people with potential ties to Iran. Let us not profile people and try to do this intelligently, effectively.

BUT WHAT REALLY GOT ME as I clicked through the channels in bed and came across this guy being interviewed on PBS was when he referred to the people being stopped and questioned as RACIAL PROFILING.

HELLO, Mr. Habib, news flash for ya: Iran is not a race, it is a COUNTRY. So maybe it is NATIONAL profiling not racial profiling--- --- you'd think a person elected as Lt. Governor would be educated enough to know the difference, but as usual, the Left just cannot resist falling back every time on one of their operative keywords, like "racial." Good god now, we are "discriminating" against Iranian-Americans just because we are trying to put up a layer of protection against potential attack. From Iranians. Meantime, god help us if Iran DID hit us and we were blamed (at least Trump would be) for being caught with our pants down.

Seems to me, Cyrus, that if you were putting America first as you should be instead of your friends, you'd understand that.

Iranian American Lt. Governor says his own friends were detained at the U.S. border—and CBP is not telling the full story 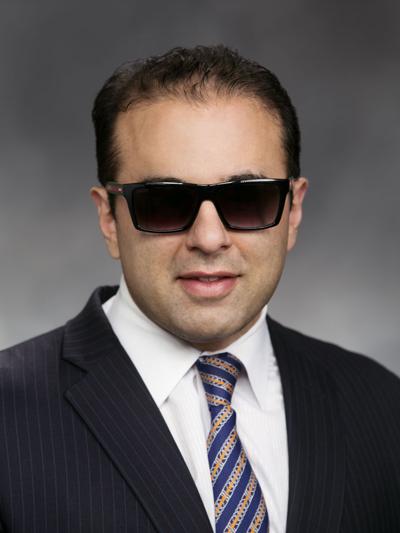 During the Iran Hostage Crisis, he DEPORTED all the Iranians!!!
You must log in or register to reply here.

I rest my case, Ingraham interviews the President and brings up the Queen

Can YOU find Iran on a map?

How to Understand Iranian Information Operations

Pentagon: US contractor dies in rocket attack at Iraq base
2

Biden is actually dead & replaced by body doubles, Trump is still president & planning to reveal himself in phoenix-like fashion to punish his enemies

L
Is there an LGBTQ agenda?
2

The Shallow State of the Trumped GOP

Leftists Make Money off of the White Supremacy LIE

Elderly Asian Couple Attacked, Robbed by Four Black Males – Then their machete-Wielding Son emerges from the house to save the day (VIDEO)
2 3 4