And they are being successfully integrated

They don't integrate. Trump needs to send them all back where they came from and enforce our immigration laws and vetting. Planes fly both ways.

While all Americans were looking for alleged Trump's connections to Russia, look who's connected to Saudi Arabia, the ones to blame for 9/11, not Russians:

The one who yells "Catch the thief!" the loudest, is the thief. (Russian saying)

Now it becomes more clear why Hillary wants to bring so many "refugees" into the country. That would be such and easy and legal way to bring thousands of terrorists into the country at American taxpayers expense and make it so much easier for terrorists to kill as many American people as they want. One terrorist in Nice killed hundreds of civilians on his truck, without any weapons, remember? Do you want that in your country, your neighborhood, your family?

TNHarley said:
You will probably be the first faggot they throw off a roof
Click to expand...

thankfully your kind are marginalized and are dying off

TNHarley said:
You will probably be the first faggot they throw off a roof
Click to expand...

thankfully your kind are marginalized and are dying off
Click to expand...

If you say "refugee" people associate it with displaced people who are homeless, and nothing is known about them, so they are "scary".

Zero terrorist attacks have been done by refugees. Not in this country at least, and that is because we take the time to screen those who wish to come here as best we can, a process that takes anywhere from 18 to 24 months to complete.

Coming here on a visa? Not so much, if your superficial information looks good, they let you in. 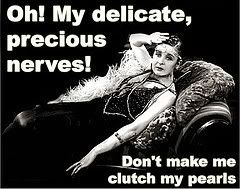 They came here and can go back the same way.
You must log in or register to reply here.

From crooked to macabre

Just Let That Sink In

Just noticed a weird Firestick feature after a week