That should be an interesting read...


On the eve of a planned visit to Washington and a meeting with President Donald Trump, German Chancellor Angela Merkel was suddenly finding herself with more to worry about than getting along with the new American president. At least the cancellation of the trip because of bad weather will allow her to concentrate on trouble closer to home.

After a broad hint Monday by the anti-secrecy group WikiLeaks that it plans to release “intercepts” of Merkel’s conversations obtained from the CIA and the National Security Agency, the long-serving German leader might be worrying more about whether she’ll still have a career for long.

WickiLeaks’ announcement, made on Twitter, came a week after the “Vault 7” documents on American surveillance efforts — including tactics involving televisions and smartphones — were released by the hacktivist group.

@wikileaks
Terrified talk in US national security circles that WikiLeaks is going to publish many CIA or NSA intercepts of Merkel tonight or tomorrow.

This wouldn’t be the first time WikiLeaks has involved itself in the career of the German leader. A 2016 leak from the organization revealed that the NSA had surreptitiously recorded a 2008 meeting between Merkel and then-U.N. Secretary General Ban Ki-Moon. 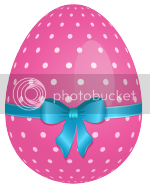 Whoa geeze. Julian I love you man. If this is true it would be unreal.

To cry you a song. Bless the rebels amongst us. We have to help them.

Hopefully this woman will be out of office soon instead of later. She's lost her way when she placed the demands of the immigrants over the rights of her citizens.

The meaninglessness of the intercepted talks will be astonishing.
You must log in or register to reply here.

The Political Metagame for 2020

St. Louis couple defends their house from protestors, with guns. Do you support "stand your ground laws"?
30 31 32

I met a bar owner today with a heckuva story.