Using a semiconductor sequencing platform, researchers increased the amount of abnormalities that are detectable using non-invasive prenatal testing, or NIPT, potentially allowing physicians to test for more in a way that costs less. NIPT is a method of testing for prenatal genetic abnormalities using blood taken from the mother. The test screens blood for cell-free fetal DNA in the mother's blood, which is then tested for abnormalities. Non-invasive techniques are safer than invasive ones, however generally have only been used for larger chromosomal abnormalities such as Down syndrome. 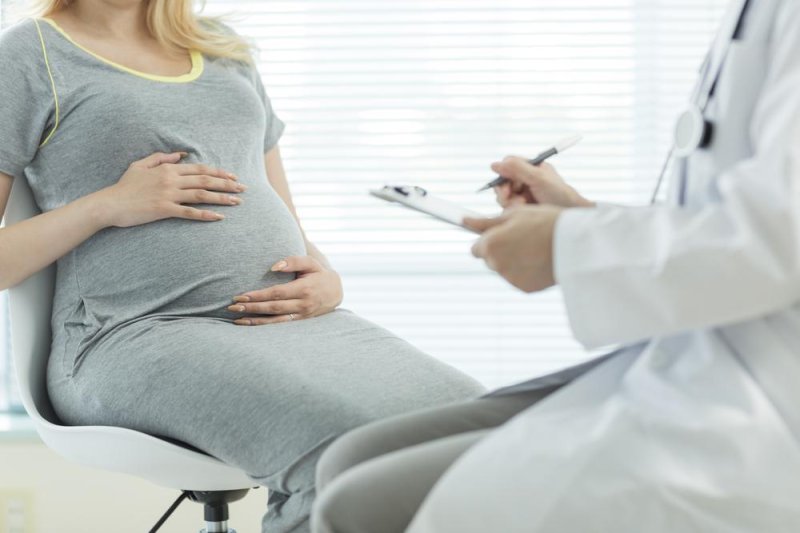 Although researchers said the technology is promising, further work needs to be done to filter out false positives due to maternal abnormalities and the technique itself needs to be refined so it can be used earlier and detect smaller genetic abnormalities. "We have found that NIPT can be extended in a way that allows us to zoom in and examine a small segment of a chromosome," Dr. Kang Zhang, professor of ophthalmology and chief of Ophthalmic Genetics at the University of California San Diego School of Medicine, said in a press release. "And while this study focused on cell-free DNA sequencing in pregnant women, this method could be applied more broadly to other genetic diagnoses, such as analyzing circulating tumor DNA for detection of cancer."

The researchers analyzed blood plasma from 1,476 pregnant women with fetal abnormalities detected by ultrasound, in addition to invasive fetal diagnostic procedures and conventional DNA analysis. They compared the results of invasive tests with those from semiconductor sequencing on circulating fetal DNA at an average gestational age of 24 weeks. The enhanced NIPT method detected 94.5 percent of abnormalities -- 69 of the 73 found in other tests. The test also found 55 false positives, of which 63.6 percent were due to maternal chromosomal abnormalities, suggesting a validation test to them out will need to be developed. The study is published in the Proceedings of the National Academy of Sciences.

When I was married , I wanted kids.

For the better of my wife and the unborn I asked her to loose weight. She was just a few pounds over weight and I did not want any associated medical problems with the pregnancy.

Me and a good friend whom works at the same facility I work at- we graduated together ; me and him were headed south in the town he lives in, we were east of a hardware store and just north of the county bank and a speedway ...... Headed south .

He repeated to me about me asking my wife too loose a few pounds for her pregnancy .

I wonder how he knew of me and my wife's conversation if it was just me and her that were alone when we talked?

I don't date overweight women, so I don't have this problem or need this test.
Hold your breath, make a wish, count to three -
OP
W

Non-invasive Method Found to Check Health of Unborn Babies
November 02, 2016 - Researchers have developed a non-invasive way to check for birth defects in women who are no more than five weeks pregnant. The test could do away with potentially harmful methods — collecting either fluid or a small tissue sample from the growing fetus's placenta or sac — now used to screen for congenital defects in the growing fetus.

More than 6,000 congenital diseases, including sickle cell anemia and Down syndrome, are caused by a single gene mutation. Many of the genetic diseases cause pediatric hospitalizations or deaths. The new technique could lead to early identification and treatment of some defects, including metabolic disorders, while the baby is still in the womb. In looking for a safer test, doctors considered using the Pap smear, where a small sample of cells is scraped from the lower part of a woman's womb, called the cervix, for examination. The placenta, which envelops and nourishes the fetus, sheds an unborn baby's cells into the mother's body. Those cells can then be collected by a Pap smear. However, the mother's cells are mixed in with those of the growing fetus.

Molecular biologist Sascha Drewlo and his colleagues at Wayne State University in Detroit, Michigan, found a way to separate the cells to look for disease-causing mutations in the unborn baby's DNA. "As you can imagine, all those cells are covered with maternal DNA and this can mask a lot of the results in the beginning,” Drewlo said. “And we are very happy that we were able to solve this important problem." In a study involving 20 healthy women who were between five and 19 weeks pregnant, Drewlo and his colleagues compared maternal DNA to samples of tissue taken from the placenta itself, using a method that measured expression of a protein by the placental cells, called trophobasts. The researchers were able to separate the baby’s DNA from the mother’s.

A nurse bottle feeds a newborn baby at a maternity ward of the University Hospital in Tegucigalpa, Honduras​
Then, they applied the screening method to cells obtained in Pap smears. In every case, the scientists were also able to distinguish the mother’s cells from those of the fetus. The study was published in the journal Science Translational Medicine. Called a proof-of-principle, the work showed that the screening test could be performed in women no more than five weeks pregnant, without risk to the fetus.

Drewlo said Pap smears are already routinely performed in non-pregnant women to screen for cancer, and genetic tests of fetal cells obtained in a Pap smear would look for very specific mutations for diseases. Drewlo said it shouldn't be long before doctors are using the procedure to check for disorders in the developing fetus. The technology is very established, he says, "we are just adjusting it for our particular needs." Drewlo said the next study will use cervical swabs to look for disorders in the growing fetus.

Poor Growth in the Womb Cited as Number One Cause of Stunting
November 01, 2016 - The number one risk factor for stunting in children under five years old is poor growth in the womb, according to a new study.

Investigators at Harvard University's Chan School of Public Health say more emphasis should be placed on pregnant women to eliminate stunting, a major cause of economic hardship in developing countries. The primary causes of stunting typically are thought to be environmental exposures after birth, such as malnutrition, infectious disease and poor sanitation. However, new research now targets poor fetal growth as the primary cause. The study was published in the journal PLoS Medicine.

Researchers say the problem appears to be inter-generational, with mothers of stunted children often stunted themselves. "We may need to improve nutrition and prevent infection, especially among women of reproductive age for a few generations until we get this burden removed," said Goodarz Danaei, an assistant professor of Global Health at Harvard and lead author of the study. Experts say one-third of children under the age of five are stunted. That translates into 44 million two-year-olds in 137 developing countries. Experts say key brain and physical development occurs during the first 1,000 days of life, so stunted growth is considered a major risk factor for childhood survival and an economic burden in developing countries.

UNICEF staff measure a girl's height to see if she is stunted in a village health clinic of South Hamgyong province, North Korea.​
In the Harvard study, investigators cited 18 risk factors for stunting, grouping them into five categories in order of priority:

One Sustainable Development Goal set by the United Nations is to reduce childhood stunting by 40 percent by the year 2025. To do that, Danaei believes there has to be a shift in how public health officials address stunting by focusing on the health of women of childbearing age. "So we think that we now need to keep doing what we were doing before, but also shift some of the focus on and attention on pre-pregnancy and pregnancy as well as environmental factors — specifically poor sanitation — to remove the rest of the stunting in the world," Danaei said. Danaei and his colleagues plan to examine the economic costs of stunting globally, which are considered enormous. Danaei hopes the latest report helps the World Health Organization and World Bank prioritize the risk factors that should be targeted to eliminate stunting.

Poor Growth in the Womb Cited as Number One Cause of Stunting
Click to expand...

Planned early births tied to developmental problems in kids
November 7, 2016 - Children born in deliveries planned just a week before the end of a typical pregnancy may be more likely to experience health, learning and behavior issues by the time they're ready for school than kids born at full term, a study suggests.

Plenty of previous research has found premature infants often have difficulty breathing and digesting food. Some preemies also encounter longer-term challenges such as impaired vision, hearing, and cognitive skills as well as social and behavioral problems. Pregnancy normally lasts about 40 weeks, and babies born after 37 weeks are considered full term. In the current study, though, babies born in planned births at 37 weeks were 26 percent more likely to have developmental problems than infants born at 40 weeks. The increased risk for deliveries planned at 38 weeks was 13 percent.

Planned births might include labor inductions or surgical cesarean section deliveries. "While the association between being born earlier (lower gestational age) and poorer developmental outcomes is well established, our results revealed that poor development is further exacerbated in the case of planned birth, where a considered decision made to deliver an infant determines gestational age," said lead study author Jason Bentley of the University of Sydney in New South Wales, Australia. "Whenever possible planned birth should be at 39 weeks," Bentley added by email.

Infants should sleep in the same room as their parents for at least the first six months of their life to prevent sudden infant death syndrome (SIDS), according to new pediatrics guidelines.​
For the current study, researchers analyzed data on 153,730 infants born after at least 32 weeks gestation in New South Wales from 2002 to 2007. Among births at 37 weeks, planned deliveries accounted for 48 percent of the cases. At 38 weeks, 55 percent of deliveries were planned births, researchers report in Pediatrics. All of the children in the study had developmental assessments when they were around 5 years old. Overall, 9.6 percent of the kids had developmental problems at school age, the study found. Planned early birth was just one of the risk factors for this outcome. Development problems were also more common among boys, and among babies who were unusually small or born to mothers who were younger, poorer or smokers.

Even though births may be planned in some instances to address medical issues for mothers and babies, the findings suggest that it makes sense to delay these deliveries as late as possible in pregnancy, the authors conclude. Labor inductions or cesarean deliveries that aren't for medical reasons shouldn't be scheduled before 39 or 40 weeks gestation, the researchers also conclude. Limitations of the analysis include a lack of data on the reasons for planned deliveries, the authors note. Even so, the findings add to a large and growing body of evidence supporting the delay of planned deliveries until as late as possible in pregnancy, Dr. Siobhan Dolan of Montefiore Medical Center in New York argues in an accompanying editorial.

Which is Most Important in a Wife/Spouse?

Are You Hyper or Lazy?

Is natural selection the solution to evolution?
2 3 4

Will a Christian automatically go to Hell after getting of aborted fetal cells and vaccines?
2 3 4

A moment ago
Foolardi
F

How should the US respond to the "Balloon"
2