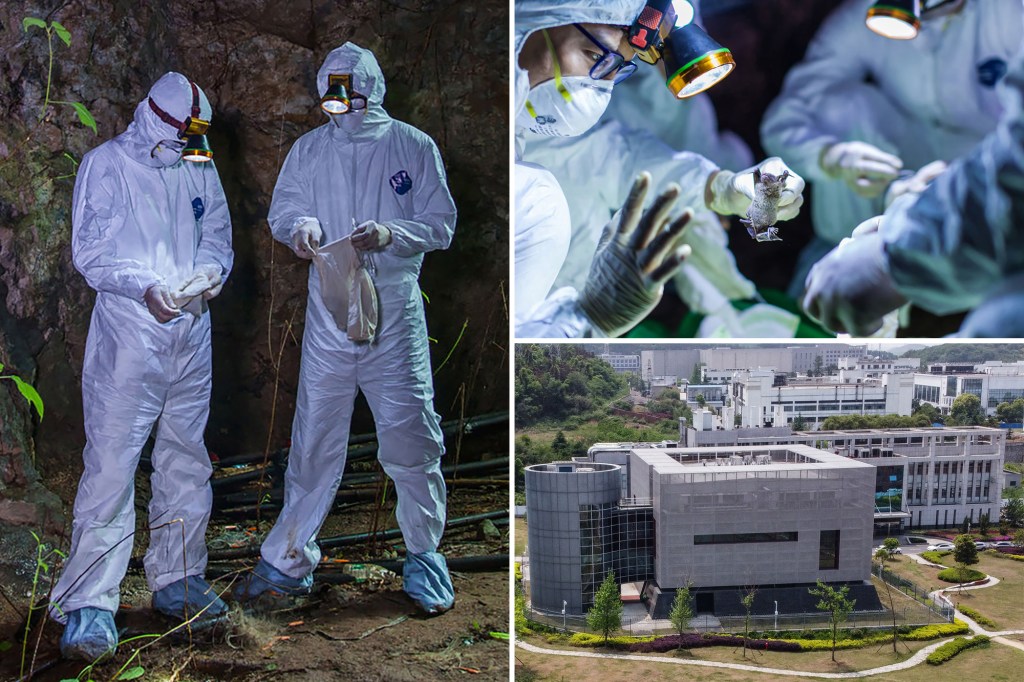 The $14 million grant ended up being rejected by DARPA over fears it could result in gain-of-function research, which could make a virus more transmissible and pathogenic.

Not quite, Einstein. The title of the article supposes that the reading prisoner will automatically think of bats in nature, and Daszak’s proposal document in question, obviously, no one gets to read.
B

Before the United States and many other countries had their first COVID cases, one person was out on the full-court press to shield the Wuhan Institute of Virology and the Chinese government from suspicions that the virus was engineered: Peter Daszak. Daszak, the President of EcoHealth Alliance, a New York-based non-profit that funds viral research around the globe, has had his fingers in almost all of the pies dealing with COVID-19, including “organizing” virologists to sign on to the a lette in “Lancet” stating conclusively that the virus originated naturally, serving on Lancet’s COVID-19 Origins Committee and on the World Health Organization’s team that investigated the origins; in addition, he played a significant role in funding gain-of-function research at the Wuhan Institute of Virology.

That original letter, published by The Lancet in February 2020, vehemently denied any suggestion that the SARS-CoV-2 virus may have originated at the Wuhan Institute of Virology but failed to mention Daszak’s massive conflict of interest: Daszak’s EcoHealth Alliance funded that very research and he had performed research of his own at the Chinese lab. Daszak had communications with Anthony Fauci in the early days of the pandemic, praising him for “debunking” the lab-leak theory publicly, an act that likely provided cover for Daszak’s dirty deeds.

While here at RedState we have long been pointing out the sins of Daszak, the media and science community is only now beginning to recognize the significant likelihood that this virus originated at the Wuhan Institute of Virology. Just this week, a team of 16 international scientists and epidemiologists published a letter in The Lancet condemning the cover-up and requesting a more open debate about the origins of SARS-CoV-2.

The letter, entitled “An appeal for an objective, open, and transparent scientific debate about the origin of SARS-CoV-2,” includes Rutgers’ Dr. Richard H. Ebright as an author, who has long speculated about the origins of COVID-19 and has suggested a more open investigation into the origins of the virus.

For a long time, I have been stating this very thing at RedState. The fact that we were not even allowed to consider that a virus that shows many benchmarks for genetic research could have been created in or released from a lab that was conducting that very type of research on the very type of viruses that would create a virus like SARS-CoV-2 is, in itself, unscientific. The quest for science doesn’t start by eliminating possible outcomes regardless of how unlikely the persons conducting the experiments, may feel it is.

As the letter continues, it gets more specific as to mistakes made by those denying the lab-leak theory:

Among the most interesting things said above is the direct reference to RaTG13, a virus found in the Yunnan Province in China in 2013, that had been taken back to the Wuhan Institute of Virology shortly after it was discovered. I have long hypothesized that RaTG13, another SARS-like Coronavirus, could have likely served as the backbone for SARS-CoV-2, as it shares 96.2% of its genomic code with that virus. While the scientists here don’t explicitly state that RaTG13 was the backbone for SARS-CoV-2, I find it interesting that they reference this virus directly while talking about identifying a potential backbone they could have used to synthesize the virus.

This letter, unlike the letters debunking the lab-leak theory, does not eliminate the potential of another origin. While this letter goes a long way to proving the increasing likelihood that this virus originated in the lab, it does not eliminate a zoonotic event as the origin either. As science should be, it simply gauges all of the potential sources and suggests further investigation. Even the WHO has asked for further cooperation on the investigation into the origins after the WHO report was found to have only included the materials which the Chinese government provided or allowed. The only problem with that is that China is vehemently (and likely violently) opposed to the idea of an international investigation into the origins of the virus.

Surprised the Lancet published this letter. It was pretty much a direct rebuttal the the letter that hopelessly conflicted Peter Daszak published basically calling anyone questioning the “natural virus” position a nutcase. The Lancet NEVER should have published Daszak’s letter, as he was directly involved with WIV gain of function research.

All of us here at USMB (except for the Branch Covidians) , knew that from the very beginning.

Now if only The Lancet would publish the non-alarmist reality about carbon dioxide emissions & the climate.

Ebright must not have studied the spike protein sequences all that well, and relies on some kind of credentials with which to establish the premise that there is no direct evidence. Ebright does not give a single example to reinforce his argument. It’s impossible to eliminate a zoonotic origin, because there are always already two populations of SARS-CoV-2. One of them infects Homo sapiens. The other does not.
You must log in or register to reply here.

I took the Moderna shots.

There Are No Stocks of COVID-19 Cultures

CDZ We Can't Be Sure Where Covid19 First Infected Humans, But We Can Be Sure About Some Things
2 3 4

Gee whiz! no one saw this coming

R
Revival of the cavalry
2 3

Putin's red-line : don't allow Ukraine to fall in western hands and then get fortified by the west.
2 3 4