There are those that dislike the show -
1) Television has sunk to an all time low with this show.
2) This show is at the top of the manure pile, and is an insult to everyone's intelligence.
3) Try putting a television show on worth watching, and I can't believe they have sunk so low as to put trash like this on television.
4) Television with shows like this are actively contributing to the dumbing down, and overall decline of American society.
5) They are aping, and showing their true colors for the cameras like circus clowns. What's the point of this stupid show with all of these very stupid people.
6) TLC is just exploiting their rude, crude, disgusting behavior, and what ever happened to simple manners.
7) Shame on TLC for allowing this trash, and it would be a big benefit to society if they would cancel this show.
8) This was the most disgusting show that I've ever watched, and that family should be nothing but embarrassed.
9) This show was pathetic, and these people don't have one ounce of moral fiber.
10) The show was horrible, and I think that this family is ignorant and rude. Why is this white trash on television, and this is a real low for all Southern people.
11) TLC has stooped to new lows in television programming with this ignorant family. Children are a reflection of their parents, and it was funny in some ways, but disgusting in other ways.
12) I've never seen such a terrible show in all of my life, and shame on TLC and these people for exploiting their children.
13) This show is trash T.V. at it's finest, and this is a slam to all of us in the South. If these people want to embarrass themselves so be it, but I don't have to watch it.
14) This show is about the underbelly of America and turning it into cash. At some point these people will realize that they are a joke.

It's there because a lot of people watch and enjoy it. Part of that large 47% of deadheads in our population.
Nonessential government worker in training...

I've only seen the show one time but I don't think it's any more ignorant than say, Monday Night Football.
"Democrats haven't been this angry since the Republicans freed their slaves"
- Reddit

you obviously didnt see the episode revealing june's neck grit
"A lie ain't a side of a story. It's just a lie." snoop the wire

"Links prove nothing retard" said by trump dingleberry miketx
I

I havent see the program but South Park did a great rip on it last week. 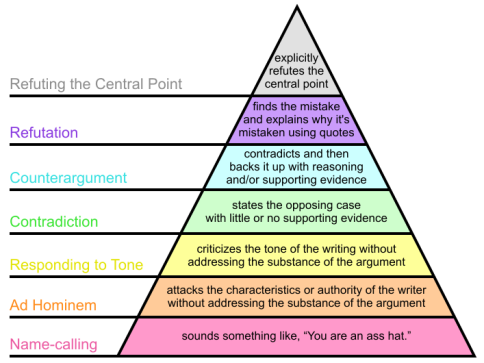 IanC said:
I havent see the program but South Park did a great rip on it last week.
Click to expand...

We can all thank Mr. Cameron for raising the bar.

IanC said:
I havent see the program but South Park did a great rip on it last week.
Click to expand...

We can all thank Mr. Cameron for raising the bar.
Click to expand...

have we really heard the last of Randy Neuman?

Mad Scientist said:
I've only seen the show one time but I don't think it's any more ignorant than say, Monday Night Football.
Click to expand...

Help me make a top 10 most overrated list of blacks

Perception manipulation has long been a tool used by mainstream media

Corruption by the numbers. Who is more corrupt, Republicans or democrats?
2

A moment ago
JAG
J