Teaching a balanced view of the Holocaust in Texas

So teachers should have to teach "both sides of the Holocaust and slavery?

Just say you don't know what it is, you are one of those fools who listen to Hannity or Carlson and don't take the time to educate yourself on what it truly is. CRT does not demonize whites.

ESay said:
Should a Holocaust denier be allowed to teach history?
Click to expand...

Mac-7 said:
One inarticulate liberal “educator” making a dumb statement does not define the law
Click to expand...

I always enjoy when you pseudo-conservative cultists tell on yourselves. You know who the smart and educated people are. And you accidentally tell us so on a daily basis. Good stuff.

AzogtheDefiler said:
Are you here to troll? Brit 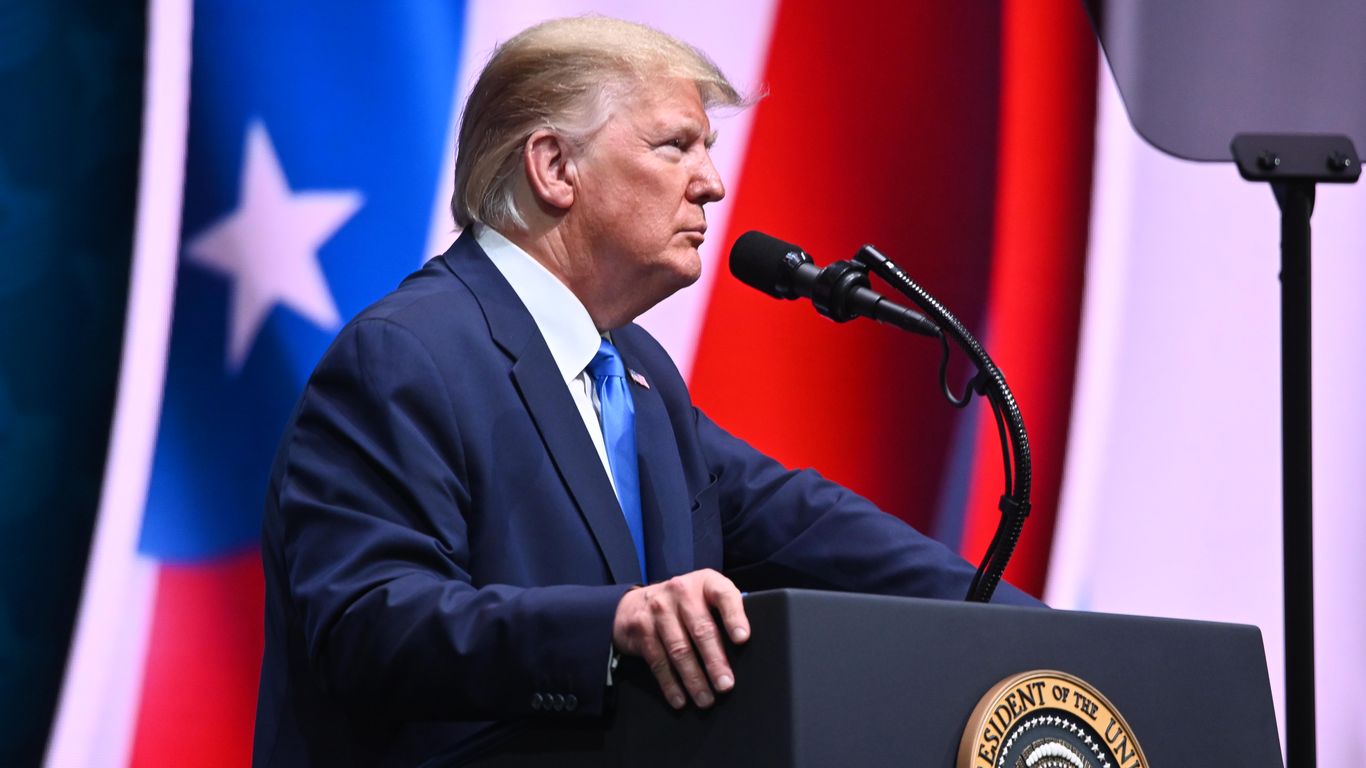 Trump signs order to define Judaism as a race or ethnicity

The move is meant to prevent anti-Jewish bias in universities.

So people can change their race. Woo hoo.

But really, the bill does not encompass the Holocaust, it deals with domestic American history only. Which it wishes to deny...


Texas govt​
​
(4) a teacher, administrator, or other employee of a​
state agency, school district, or open-enrollment charter school may not:​
[...]​
(B) require or make part of a course the concept that:​
[...]​
(ix) the advent of slavery in the territory that is now the United States constituted the true founding of the United States; ​

Lesh said:
So teachers should have to teach "both sides of the Holocaust and slavery?
Click to expand...

"Both sides" of each topic suggests there is a perpetrator and a victim. Teachers should be free to teach the truth, that Jews declared war on Germanic people before Hitler had any power for example and most of the horror stories of mistreatment are ridiculous and debunked with common sense. And that Jews imported Negro slaves into the New World, which was a blessing for Negros since Negro slaves in Africa were typically killed by Negros and Arabs after their useful life expired maybe in their 20's.

The concept of a teacher today is actually a violation of the separation of Church and State. A teacher should provide actual experience on a topic which is very rare obviously, and or simply provide access to facts and maybe how to use facts. The question then is where do facts come from? Not from propaganda, not from myths passed down from rabbis, but from truth based on the reality of science and evidence.
Last edited: Oct 18, 2021

cnm said:
So people can change their race. Woo hoo.
Click to expand...

Retard the race is Jewish BUT different races can join the religion.
The fact that an opinion has been widely held is no evidence whatever that it is not utterly absurd. Indeed in view of the silliness of the majority of mankind, a widespread belief is more likely to be foolish than sensible.
-Bertrand Russell

A top administrator with the Carroll Independent School District in Southlake, Texas, warned teachers about having one-sided books about the Holocaust in their classrooms.

For once words fail me.Right wing lunacy has seen all sorts of nonsense dragged into the classroom. For example trying to debunk Darwin. But this seems quite dangerous to me.

I wonder if its just boneheadism or if there is a more sinister movement behind this.
Click to expand...

RetiredGySgt said:
Retard the race is Jewish BUT different races can join the religion.
Click to expand...

No. Jews are not a race. They accept converts. There are Black Jews and Chinese Jews.
Si vis pacem, parabellum
(If you want peace,prepare for war)
Vegetius Renatus
Roman Writer
OP

SweetSue92 said:
All over eastern Europe, to no small extent because of the havoc the Germans themselves wrought. How many nations have come and gone there? Of course, the Russians/Soviet Union are also at blame for this.
Click to expand...

Nope, I am still struggling with this. The example of the former Yugoslavia looms large in my thinking. That ended well.

Mac-7 said:
I can argue that

And if you were an American I would

You got nuthin mate. Crazy fuck.

cnm said:
In what way did the Bill of Rights, when adopted, affect Blacks for the better?
Click to expand...

Slavery was a bad experience for the slaves

Now slavery was very good for the descendants of blacks and bad for whites
Psalm 14:1 The fool says in his heart, "There is no God."

Fort Fun Indiana said:
I always enjoy when you pseudo-conservative cultists tell on yourselves. You know who the smart and educated people are. And you accidentally tell us so on a daily basis. Good stuff.
Click to expand...

How do you know she’s not a lib

Most public “educators” are libs
Psalm 14:1 The fool says in his heart, "There is no God."

With me YOU are nothing
Psalm 14:1 The fool says in his heart, "There is no God."

Superbadbrutha said:
Just say you don't know what it is, you are one of those fools who listen to Hannity or Carlson and don't take the time to educate yourself on what it truly is. CRT does not demonize whites.
Click to expand...

Maybe you should start your own Jonestown, bitch.

Is that you on the screen

I didnt realize you were such an important person
Psalm 14:1 The fool says in his heart, "There is no God."
OP

You are a cowardly little fuck. Out of your depth snowflake.

When Will The Truth Set Us Free?

Brian Stelter And The Runaway SUV

Man Charged with Murdering Woman by Knocking Her Down N.Y.C. Subway Stairs