Slavery Is Alive And Well In The Philippines And Other Countries

Democrats are busy using our porous borders to commit horrible acts. They're turning migrant children into sex-slaves and their using migrant families to commit voter fraud. But something that is going totally under the wire is the simple fact that slavery is going on right under our noses and in countries like Brazil and the Philippines it is a fact of life.

My boss was born in the P.I. and when he became my supervisor here in TN he brought his family with him. He was living and working in Okinawa before he came to TN. I noticed that every time his family visited our shop they brought this young man who always seemed to do everything for them. He didn't look like other family members and for someone that age he seemed to be highly motivated and always willing to help. I asked my boss who he was and he said he was a friend who was staying with them. I haven't seen him for some time. I don't know if he went back to the P.I. or he went to Guam where my boss is moving to...but he seemed more like a servant than a relative.

Then I saw this story on Google. I had seen this type of thing with my nephew's girlfriend. She was a naturalized US citizen....but now she has this woman who helps her clean....scratch that.....cleans for her and cooks for her. I figure this is what's going on:


My Family’s Slave
She lived with us for 56 years. She raised me and my siblings without pay. I was 11, a typical American kid, before I realized who she was.
The Atlantic | 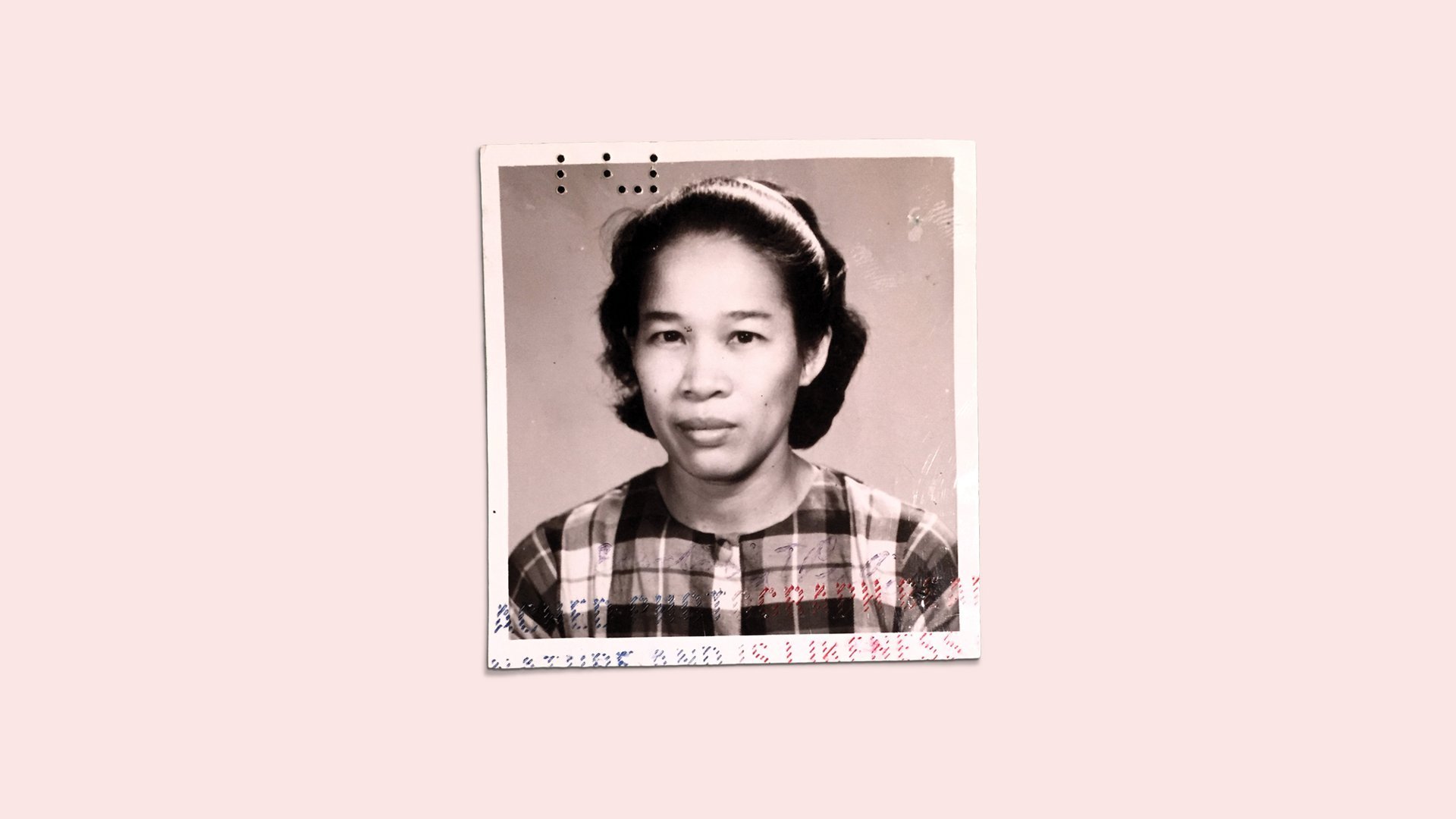 All photos courtesy of Alex Tizon and his family.

The ashes filled a black plastic box about the size of a toaster. It weighed three and a half pounds. I put it in a canvas tote bag and packed it in my suitcase this past July for the transpacific flight to Manila. From there I would travel by car to a rural village. When I arrived, I would hand over all that was left of the woman who had spent 56 years as a slave in my family’s household.

Her name was Eudocia Tomas Pulido. We called her Lola. She was 4 foot 11, with mocha-brown skin and almond eyes that I can still see looking into mine—my first memory. She was 18 years old when my grandfather gave her to my mother as a gift, and when my family moved to the United States, we brought her with us. No other word but slave encompassed the life she lived. Her days began before everyone else woke and ended after we went to bed. She prepared three meals a day, cleaned the house, waited on my parents, and took care of my four siblings and me. My parents never paid her, and they scolded her constantly. She wasn’t kept in leg irons, but she might as well have been. So many nights, on my way to the bathroom, I’d spot her sleeping in a corner, slumped against a mound of laundry, her fingers clutching a garment she was in the middle of folding.

To our American neighbors, we were model immigrants, a poster family. They told us so. My father had a law degree, my mother was on her way to becoming a doctor, and my siblings and I got good grades and always said “please” and “thank you.” We never talked about Lola. Our secret went to the core of who we were and, at least for us kids, who we wanted to be.

After my mother died of leukemia, in 1999, Lola came to live with me in a small town north of Seattle. I had a family, a career, a house in the suburbs—the American dream. And then I had a slave.

At baggage claim in Manila, I unzipped my suitcase to make sure Lola’s ashes were still there. Outside, I inhaled the familiar smell: a thick blend of exhaust and waste, of ocean and sweet fruit and sweat.

Early the next morning I found a driver, an affable middle-aged man who went by the nickname “Doods,” and we hit the road in his truck, weaving through traffic. The scene always stunned me. The sheer number of cars and motorcycles and jeepneys. The people weaving between them and moving on the sidewalks in great brown rivers. The street vendors in bare feet trotting alongside cars, hawking cigarettes and cough drops and sacks of boiled peanuts. The child beggars pressing their faces against the windows.

Doods and I were headed to the place where Lola’s story began, up north in the central plains: Tarlac province. Rice country. The home of a cigar-chomping army lieutenant named Tomas Asuncion, my grandfather. The family stories paint Lieutenant Tom as a formidable man given to eccentricity and dark moods, who had lots of land but little money and kept mistresses in separate houses on his property. His wife died giving birth to their only child, my mother. She was raised by a series of utusans, or “people who take commands.”

Slavery has a long history on the islands. Before the Spanish came, islanders enslaved other islanders, usually war captives, criminals, or debtors. Slaves came in different varieties, from warriors who could earn their freedom through valor to household servants who were regarded as property and could be bought and sold or traded. High-status slaves could own low-status slaves, and the low could own the lowliest. Some chose to enter servitude simply to survive: In exchange for their labor, they might be given food, shelter, and protection.

When the Spanish arrived, in the 1500s, they enslaved islanders and later brought African and Indian slaves. The Spanish Crown eventually began phasing out slavery at home and in its colonies, but parts of the Philippines were so far-flung that authorities couldn’t keep a close eye. Traditions persisted under different guises, even after the U.S. took control of the islands in 1898. Today even the poor can have utusans or katulongs (“helpers”) or kasambahays (“domestics”), as long as there are people even poorer. The pool is deep.

Yes...this is not uncommon. However the families provide what many of these people never had access to. A nice home, health care, and food.
OP

Tijn Von Ingersleben said:
Yes...this is not uncommon. However the families provide what many of these people never had access to. A nice home, health care, and food.
Click to expand...

Depends on how they treat these people, which sometimes good and sometimes horribly......and it also is a bit hypocritical when the media, and Democrats, claim that slavery was the most terrible thing ever to happen in the United States....when it fact it is going on in other countries today.

A story well worth reading. A dear friend of mine was sold by her parents when she was 14. She was not treated as well as Lola. Thankfully she was able to escape that life when she married an American soldier (a good friend to Rod). Her siblings all own factories now in her home country.

Growing up my grandmother had a woman who always lived in my grands home. She wasn't a slave but she did do small chores around their house. She chose to live there in their house and grandma always made sure she was treated like one of the family. Her name was Lulu and she was a very tiny woman. She wasn't capable of living on her own and unable to support herself. My grandmother made sure Lulu's small house gave her a small income from renting it out for her.
You must log in or register to reply here.

ADELSON: US SHOULD DROP ATOMIC BOMB ON IRAN

T
The Missing Half of the 1619 Project-How did the history of African slavery in the U.S. actually begin?

UK Covid: Mum's 'heartbreaking' death next to daughter in hospital

A Tribute to The Truth On the 4th of July

Well our leftist Mayor in KC has instituted another mask mandate.
2