Why Is Jill Biden Being Sent to Hold Diplomatic Meetings at the Tokyo Olympics?

​
​
It was reported on Sunday that Joe Biden will not be attending the opening ceremony of the Tokyo Olympics on July 23. Instead, he is sending his wife, Jill Biden. While this might not sound like a big deal, the devil is in the details. According to the report, Jill Biden “holding a meeting with Japanese Prime Minister Yoshihide Suga [is] among the possible events the two governments are looking into.”​
​
Ummm… what?​
​
Does the White House team really think they get away with this? In addition to other incidents that have raised questions about Biden’s mental health and whether he is really running things, sending Jill Biden to have diplomatic meetings with an ally seems particularly suspicious.​
​
“When did Jill Biden begin to assume diplomatic meetings with a major ally on behalf of the United States and her husband’s administration?” asks Karen Townsend at our sister site HotAir. “Why isn’t Joe Biden going? Other than totally botching his own message about pushing through massive infrastructure legislation in Congress, what’s he got going on that he can’t show up?”​
​
Perhaps the most likely explanation Townsend ponders is that Biden’s staff “isn’t allowing him to go so as to avoid fresh opportunities for him to embarrass us overseas, given his performances at the G7 and NATO recently.”​
​
The title of first lady is ceremonial and holds zero political power. Jill Biden has absolutely no business holding diplomatic meetings—even with an ally like Japan.​
​
This is not the first time Jill Biden has seemingly taken on a roll she shouldn’t have. Earlier this month, she posted a photo of herself on Air Force One “prepping for the G7.”​
​
What the heck is going on behind the scenes at the White House? The Tokyo Olympics are just under a month away and they’ve already kiboshed sending Joe Biden? What aren’t they telling us?​ 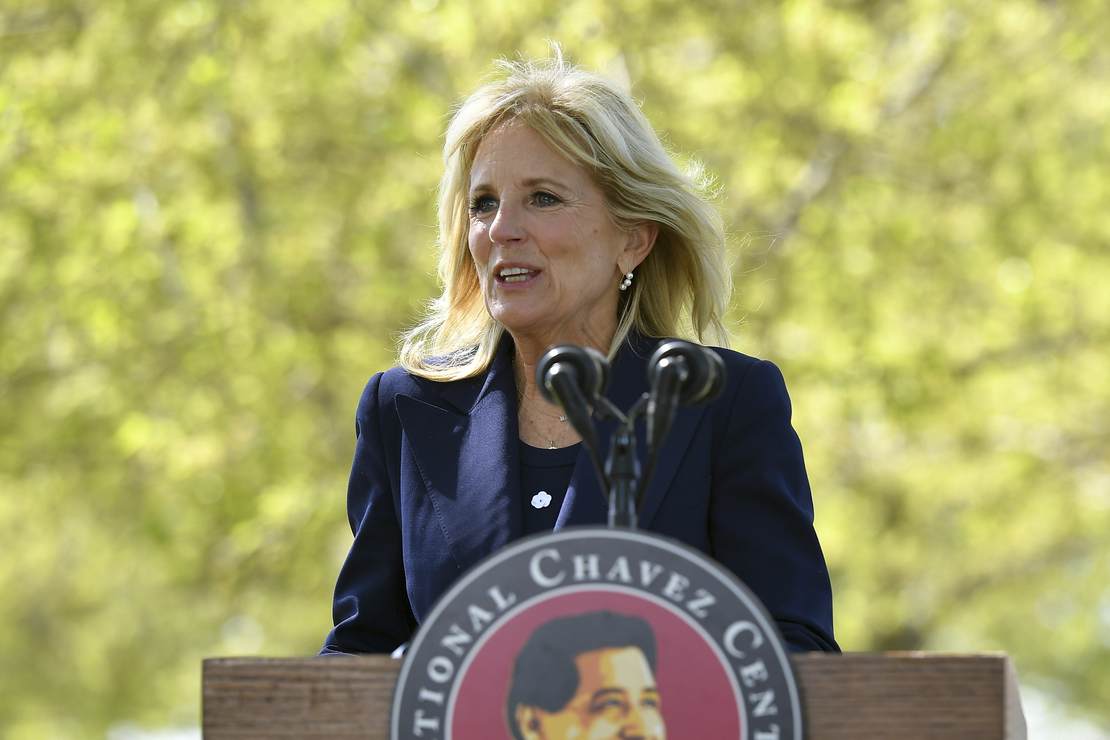 Why Is Jill Biden Being Sent to Hold Diplomatic Meetings at the Tokyo Olympics?

It was reported on Sunday that Joe Biden will not be attending the opening ceremony of the Tokyo Olympics on July 23. Instead, he is sending his wife, Jill Biden. While this might not sound like a big...

That's just her cover story. She's really there because no one else wants to change Joe's diapers.

I wonder if that comedian and his monkey that was trained to fake vomit on command
(Bu-shero) are still getting gigs?
Let's go, Brandon!

Oddball said:
Dr. Pepper is an embarrassment to her fraud of a degree.
Click to expand...

It restores my faith in the capitalist meritocracy system that if you are a democrat, you can actually get a doctorate while being thick and illiterate.
B

Oddball said:
Dr. Pepper is an embarrassment to her fraud of a degree.

A high school mentality type of remark, as shallow as it gets.

A senile crook and lying racist sends his babysitter/girlfriend/wife with a junior college degree in education to Japan to conduct diplomatic business.
Why should anyone think that's a good idea?
Let's go, Brandon!
L

Eric Arthur Blair said:
Lashing out at me and other people who are, in your imagination, unattractive, doesn't change what
you said about young, pretty and successful Ivanka Trump when Jill "babysitter" Biden was
questioned about her credentials.

Keep your temper in check and you won't look like such an old jealous fool.

It is you "conservative" creeps who keep throwing physical looks and age into the mix. Stop doing this. Humans age and don't look the same way as they did when they were 21. I don't, and you don't, either.

To you "conservative" clowns, strip off and let us see what you look like.
No matter who you are and what you do to live, drive, and survive, there are things that make all of us the same. You, me, my brother Jake, Wilson Pickett, Solomon Burke, Everybody, People, Everybody. Everybody. Everybody needs somebody to love.
You must log in or register to reply here.

Get the lead out?

F
Will Japan hold the Olympics?

Biden's G-7 performance is 'a little bit frightening to watch'

I Wonder What Our UK Allies Think Of Pelosi As She Calls The GOP A 'Cult' While In The UK?
2 3

J
There Is No Such Thing As A Future The Antichrist.
2

Are there any Christians, and/or Conservatives, on here that have been vaccinated?
2

It Started With A Father Confronting A School Board About the Rape Of His Daughter & Getting Arrested....
2 3 4

Miami Doctor Issues An Ultimatum: Get Vaccinated Or Find Another Doctor.
3 4 5