The corporate Democrats‭’ ‬faux whining about being the‭ “‬minority party‭” ‬is as much bullsh!t as their claims they opposed the impeached president trump’s corrupt regime.‭ ‬As the minority party,‭ ‬a status the corporate Democrats prefer,‭ ‬they can tell the folks back home there is nothing they can do for them,‭ ‬while helping the GOP screw all average Americans.

The corporate Democrats‭’ ‬complaints that AOC and other progressives cost them seats in the House is bullsh!t.‭ ‬Why should anyone vote for a Democrat loyal only to Big Business and the ruling billionaire class,‭ ‬when that person can vote for a Republican and elect a politician that belongs to the political party that invented selling out their constituents...‭ ‬decades ago.

The corporate Democrats‭’ ‬enthusiastic support for Republicans‭’ ‬legislative response to the coronavirus crisis did not go unnoticed by the progressives in Congress or average citizens.‭ ‬As usual,‭ ‬when the congressional Republicans included provisions in the bill to let the impeached president trump’s corrupt appointees and the Federal Reserve hand out over‭ ‬$2‭ ‬trillion in government cash to politically connected corporations and their allies with no strings attached,‭ ‬the corporate Democrats rolled over and played dead.

The corporate Democrats want this bill to send a clear message to Washington power-players,‭ ‬to assure them the money,‭ ‬supposedly meant for workers at neighborhood restaurants,‭ ‬local shops and other mom-and-pop concerns,‭ ‬can easily be stolen by the front groups representing giant drug companies,‭ ‬health insurers and Wall Street firms.

They did it to Obama, of course they will do it to Biden. 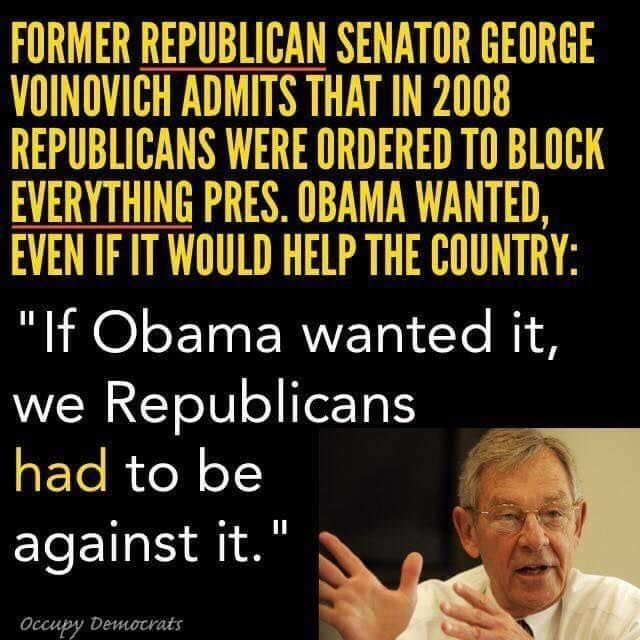 And rightly so ... If the next President wants to appoint judges, he has to have The Senate.

The Democrats have made it clear that they hate and loathe Republicans and everything we believe in, why should we cooperate with them on anything?

deanrd said:
They did it to Obama, of course they will do it to Biden.

There was NOTHING that Obama wanted that would help the country-----NOTHING.

The claims are meaningless---obama was a simple puppet only interested in what soros, the chinese, and the sauds, and Iran wanted and would pay for.
C

fncceo said:
And rightly so ... If the next President wants to appoint judges, he has to have The Senate.
Click to expand...

Yup and how many Judges did the Dems try to block. Tit for tat folks.
T

If the Pubs hold the Senate (it does not look good for them in Georgia), they will go along with the Dems in order to get along.

Both the Dems & Pubs are part of the D.C. establishment. It's all a game.

In fact, the Pubs may want some "liberal" judges in order to take the steam out of the Dems' proposal to pack the courts.
You must log in or register to reply here.

Wanna See What Happen When Liberals Get power ?

Nov 18, 2020
Lesh
L
B
This Must Stop, and Quickly, The GOP Is Unwittingly Waging War On Their Middle and Lower Class Voting Base

B
The Democratic Establishment Knows The Party Is In Trouble

T
Did the Chinese Communists Attack the World with Covid-19?

It appears that our FBI is a criminal enterprise
2