The Way of The World

[I really couldn't figure where else to post this]

Seems to be the way things are these days. 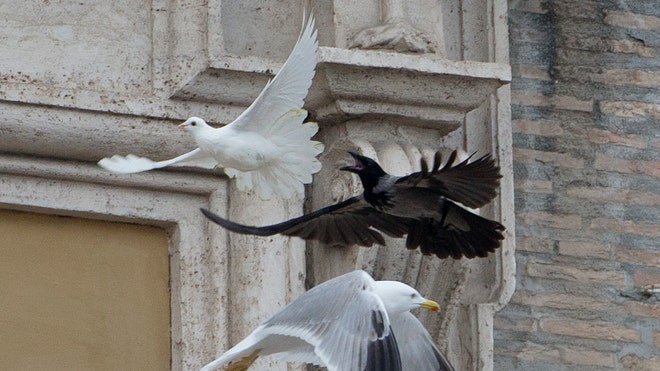 VATICAN CITY  Two white doves that were released by children standing alongside Pope Francis as a peace gesture have been attacked by other birds.

As tens of thousands of people watched in St. Peter's Square on Sunday, a seagull and a large black crow swept down on the doves right after they were set free from an open window of the Apostolic Palace.
Click to expand...

Nature can be cruel. So can the world of humans for those that don't know the boundaries seen and unseen.
Last edited: Jan 26, 2014
You must log in or register to reply here.

The Real Founder of the Racist Group, The Proud Boys...
2

Where's the Outrage from Fair-Minded Rightwingers on the Breonna Taylor Verdict?
9 10 11

A moment ago
blastoff
B

Has the dog caught the car?