What are Iranian warships doing along our coasts? This is a provocation that must be answered with force. If the Iranians want to live in a civilized world with the rest of us, we're going to have to teach them how to live peacefully in the community of nations.

Edit -- OK, in the full article, it says our Coast Guard was in the Persian Gulf. I suppose an argument can be made that our coast doesn't include the Persian Gulf, the Persian Gulf being near Persia, i.e., Iran, and all. But it's not our fault they put their country there. They should have checked with Israel first, like we would have.
The Iranians are being stupid about all this. They're like, just because we haven't invaded another country in 2,000 years, we should have the right to be a sovereign country and be left alone. Ha! Have they never heard of Iraq? Or Lybia? or Syria? Or Yemen? They should stop making this so hard and just submit to Israel like we have--like the whole world must. Maybe they need to read Deuteronomy. The God of Israel promised Israel they would rule the world through money-lending, and once they have power over a nation, the God of Israel commands them to exterminate the "men, women, and children." So, c'mon Iran. Get with the program. If the God of Israel says you must die, well, sorry, you must die. No, I'm afraid your God doesn't actually count. Only the Jewish God counts. If you don't like it, tough shit. You should have been born Jewish if you wanted to be supreme over everyone else. 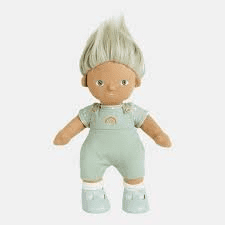 Show me on this doll where the Jews touched you.
L

If we put our U.S. Coast Guard in the Middle-East region, one shouldn't be surprised when an adversary harasses them. Russia frequently flies within our aircraft identification zone and we frequently fly within theirs. As long as neither side starts shooting at the other and don't actually enter into our national airspace, no problem.

The Iranians in those Boston Whalers with twin Yamaha outboards are patriots to their country. The US Coast Guard not guarding the US coast from the flow of illegal invaders are traitorous mercenaries doing the bidding of a foreign entity.

BLM Militants Draw AR-15s And AK-47s On Portland Motorists; No Police On Scene As Reign Of...

Why Does Joe Biden Not Command Any Respect From Our Enemies?
2

Do You Feel Pathetic Yet?

In Maricopa County, Arizona, 52 ballots all came from the same two-bedroom home
2

Democrat politicians set to rob the public to pay reperations to slaves.
5 6 7

In Fulton County, Georgia, five sequential batches of absentee votes each had 392 votes for Biden, 96 for Trump, and 3 for Jorgensen