The study was conducted by researchers at Lawrence Livermore National Laboratory and Carnegie Mellon University, and found that using drones instead of trucks would mean an overall reduction in energy consumption by switching the delivery method from gas-fueled to electricity-fueled, as well as a reduction in the release of greenhouse gases that contribute to climate change.

But these findings don’t apply to all drones.

Only the use of small drones for deliveries would have a positive impact on the environment—big drones could actually be worse for the environment, the study notes.

The study didn’t find that drones are always the better option when it comes to making deliveries, but rather that small drones used for short-distance deliveries—the distance is important because it cuts down the resources needed for storing delivery items—would have a positive impact on the environment. 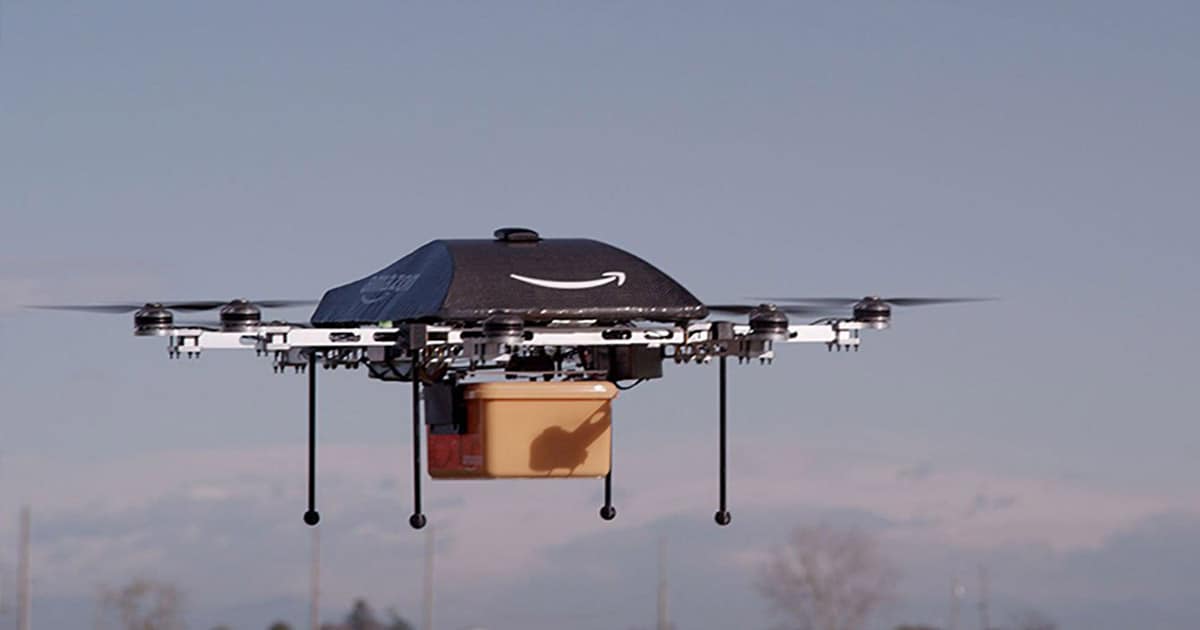 A new study in Nature Communications finds that drone deliveries would be good for the environment. The study was conducted by researchers at Lawrence...

Yeah good luck with that, how many small drones to carry 20 tons

It's weird how there is so much concern over reducing emissions on deliveries, and little concern with having the things being shipped made in the US. Seems if climate change was a serious issue there would be a bigger push for countries to outsource only things they are not capable of producing in their own country.
OP

Manonthestreet said:
Yeah good luck with that, how many small drones to carry 20 tons
Click to expand...

Some people get their cappuccinos delivered that way.

Will droves be able to deliver in a blizzard, sand storm, or in high winds?
OP

gipper said:
Will droves be able to deliver in a blizzard, sand storm, or in high winds?
Click to expand...

The weather could be a problem.

But the study I was looking at applied to urban areas, London in particular, clogged up with traffic in certain regions.

Vulnerability to weather will have to be something you sign off on when you choose such delivery.
You must log in or register to reply here.

Remember When Straws and Plastic Bags Were Destroying Earth?

A
A new disease to worry about
2

'A Lot Of Confusion': Virginia Republicans Stumble Over Their Own Voter ID Requirement