Ahh..what's a riot without some looters?

Federal prosecutors have charged Eric Gene Barber of West Virginia in connection to the Capitol riot, alleging he stole C-SPAN employee equipment while participating in the January 6 insurrection.

© Department of Justice
Barber, a former city council member from Parkersburg, West Virginia, was charged with entering restricted buildings, unlawful activity at the Capitol and theft.
Writing in an affidavit filed in federal court, FBI investigators say they were able to identify Barber after receiving a number of tips and links to interviews he gave to local press outlets after the riot.
During their investigation, investigators also identified Barber on surveillance camera footage taken inside the Capitol Rotunda.
"I observed BARBER taking selfie photographs in the Rotunda ... and stopping at the C-SPAN media station located in Statuary Hall and searching through equipment that was on the stand," an FBI agent wrote in the affidavit. "The video clearly depicts BARBER searching through items at the media stand, before appearing to unplug something and take it with him."

Another insurrectionist" without a gun, oh my!

And downstage right: yet another fire extinguisher.

Eric Barber is a total jerk. I know him well. He was big on demeaning the poor and then needed a public defender.

Sunsettommy said:
Another insurrectionist" without a gun, oh my!
Click to expand...

McVeigh didn’t use guns, either.
B

He must endure the full weight of the law. 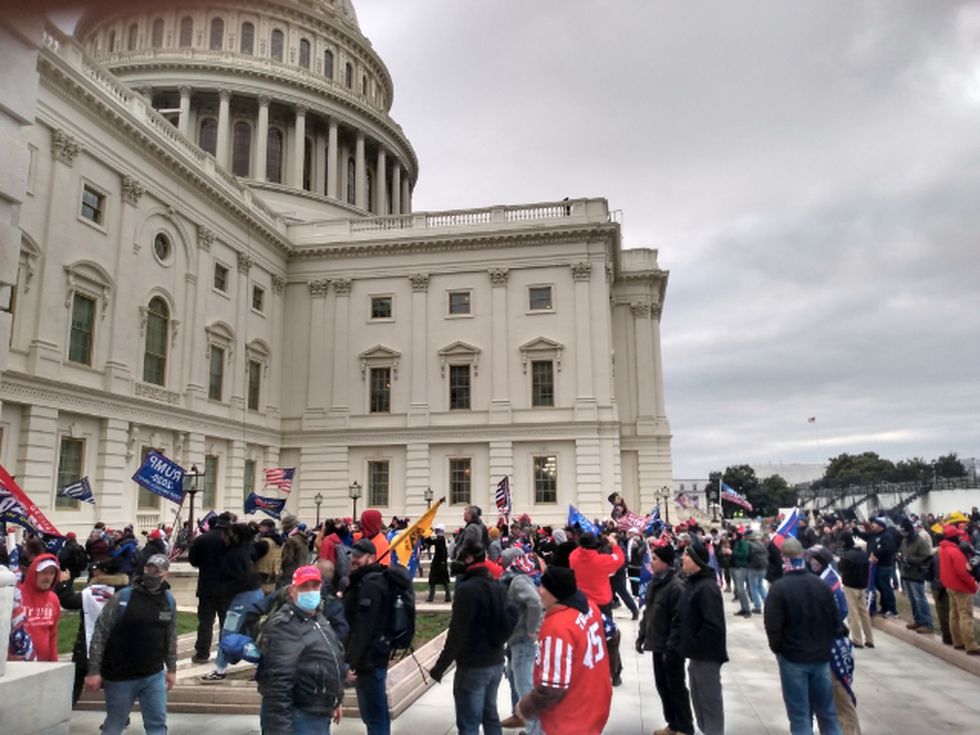 Eric Barber is formally charged with theft and disorderly conduct on Capitol grounds, among other crimes.

I have to chuckle or maybe hope Eric's new lawyer can teach him a lesson.
OP

Eric Barber is formally charged with theft and disorderly conduct on Capitol grounds, among other crimes.

I have to chuckle or maybe hope Eric's new lawyer can teach him a lesson.
Click to expand...

Hell..just the assigning of this lawyer should teach him something!

2017 wasn't too long ago. On June 14 a Sanders supporter opened fire on republicans practicing for a baseball game. These days you can hardly get Google to recognize the name James Hodgkinson. A couple of months later on October 1 Stephen Paddock opened fire on a Trump rally in Vegas killing 61. With it's vast resources the FBI couldn't come up with a motive. last week some maniac with a Muslem name opened fire on a Colorado grocery store but lefties and their minions in the FBI would rather focus on the glory days when rioters allegedly stole C-Span equipment. Go figure
V

Sunsettommy said:
Another insurrectionist" without a gun, oh my!
Click to expand...

But he was hugging and kissing the equipment right out the door.
You must log in or register to reply here.

Stealing from White Folks could really help a lot of Blacks!
2 3 4