US should limit funding of UN to what other countries pay

This is a terrible idea. This is absolutely horrible.

The correct policy is to absolutely end funding of the UN. It serves virtually no good purpose at all.
L

When other nations oppose us, we can't always eliminate the possibility that military action is necessary. Talking like the UN wants us to do is a waste of time. It's past time to leave the UN.
D

We shouldn't. They've never benefited us so it's long past time the drop out and kick them out.

I’m good with withdrawing all support and reinvesting that none into foreign aid. Any benefit the US gets is diluted by sending it through the UN.

This is a terrible idea. This is absolutely horrible.

The correct policy is to absolutely end funding of the UN. It serves virtually no good purpose at all.
Click to expand...

So you would oppose such a law (and perpetuate the staus quo)?

That has been a pet peeve since the beginning. Starting with Wilson's League of Nations. So much so that Wilson pulled out of the League of Nations.
Stop and think, America has paid the highest funding to the U.N, WHO, WTO, and NATO since the creation of the United Nations in 1945, while other participants have dithered, slowed if not totally reneged on payments to these organizations. Trump is right to put them on notice and cut funding to some of them..... The UN should be first on this list for 2020, Imagine is the U.S. paid to the UN the same amount that China or Russia contributed to the UN. 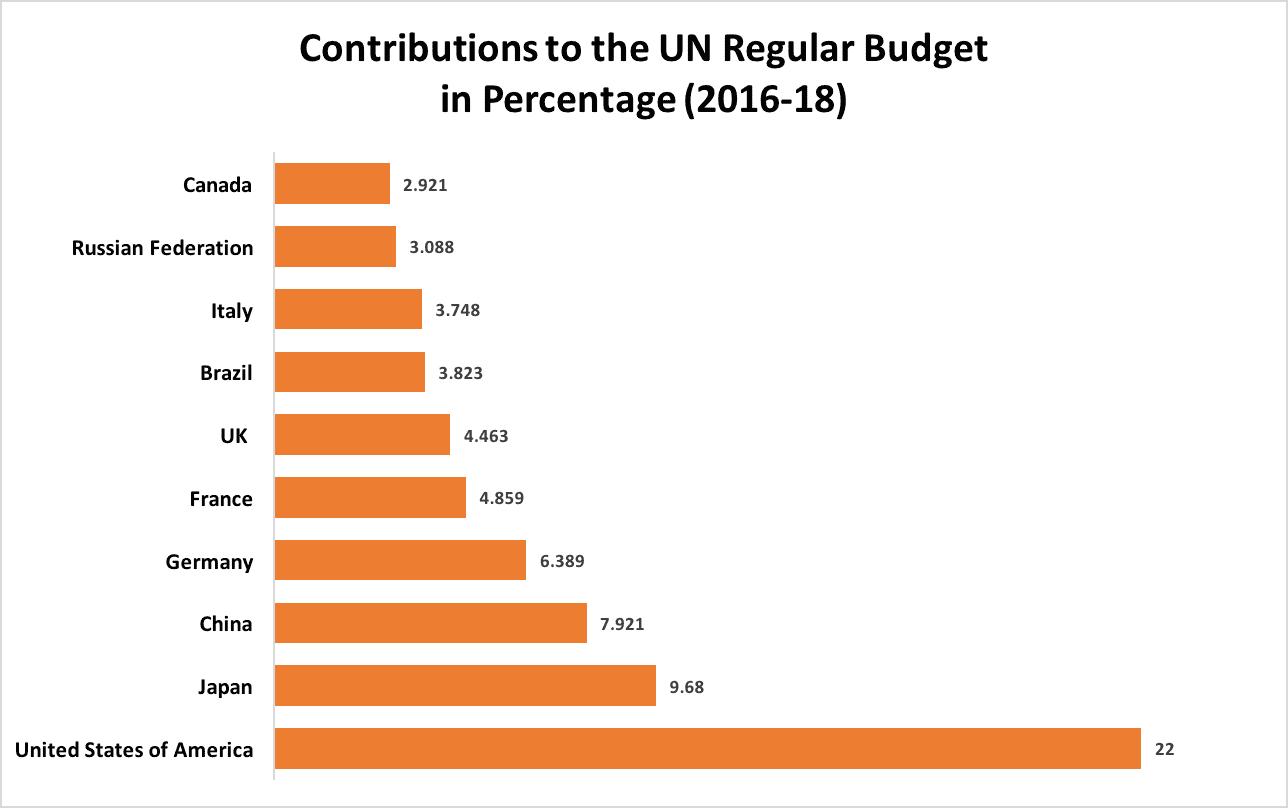 We should limit funding for ALL organizations that are receiving funds from multiple countries, add the WHO to that list. Possibly matching funds contributed by whichever country is the number two contributor.

I'm fine with the US sharing the wealth a bit. Except for Canada they are on my shit list they get nothing and like it!

The US should pull out and stop all funding to the UN. They are a useless organization. They are horrible guests in this country and they have no reason to exist. They are like the TSA. They are only there for losers to have a job with a big salary. Hope the covid 19 thing finishes them. They are as guilty as China in all this BS going on now.
C

If the time ever comes for a program of assassination, it would be easier if they are still based here.
L

And use the money to build a wall to keep the third world shit out.

jwoodie said:
US should limit funding of UN to what other countries pay
Click to expand...

They should have done that years ago, but they never will.

If the time ever comes for a program of assassination, it would be easier if they are still based here.
Click to expand...

Would you care to explain that? As it stands that makes no sense.

Or even better, restrict it to zero dollars paid, and same for WHO aka. "the world hate organization".

Bullshit.
We shouldn't pay them a dime, and we should kick them out of the US.

There ya go. Make these fucktards stand on their own.
You must log in or register to reply here.

Open questions reporters should be asking our leaders

Home Depot co-founder puts Pelosi and Schiff in their place.

“Travis told police Arbery “squared up” like he was going to attack.” So he shot him in the chest.
2 3

The Lancet RETRACTS Its Hydroxchloroquine Study

Where are the counter protestors?
2