Over the past century, Democrats are 300% better at creating jobs than Republicans!

That’s a shocking figure for most people, most of whom still think that Republicans are better for the economy, but, in the 100 years since 1920, Democratic Administrations have created 85 million jobs and Republican Presidencies only 29 million jobs.

This is a staggering difference: On average, over 1.2 million more jobs have been created every year when Democrats controlled the presidency. This should put to rest forever the argument about whether Democrats or Republicans are better for the economy!

How big is the difference in job creation between Democratic Presidents and Republican Presidents?

All we have to do is to go to historic US Bureau of Labor Statistics that date back to 1940 to find out. (We’ll also use historical US government records to take it back to 1920 so we have a century of data to interpret.

Compared to the Republicans, since 1920 Democrat Administrations created:

7. On the other hand, Democrats use tax revenues to stimulate job and income growth. That then creates long-term, financial success–like the nation’s longest period of uninterrupted job growth that we enjoyed from Obama/Biden’s first fiscal year in 2010 until Trump’s mismanagement (and Covid-19) crashed the US economy this year.

Here is a chart that analyzes US Job Creation by calendar year. The numbers still show this very strong difference between Democratic and Republican yearly job creation.

Fiscal years (also called Budget Years) are calculated differently than standard calendar years. The Fiscal Year begins on October 1 of each year, and is (rightly) assigned to the President who presents the budget for that year: So, in this way of looking at a president’s economic results, George Bush was not held responsible for Fiscal Year 2001 (which was a pretty bad year because of the Dot Com fiasco).

This is because the 2001 budget was presented by Bill Clinton in 2000 and enacted by the 2000 Congress. Similarly, Obama is not responsible for Fiscal Year 2009 because George Bush marshaled that budget through Congress in 2008.

This is not new news, but, for Democrats, it is hugely under-discussed information.

That’s why, incomprehensibly, one August poll showed Trump up 10% on perceived ability to handle the economy. This should not BE! To be fair, fiscal moderates Eisenhower, Nixon and Ford (who did not practice voodoo economics), did not crash the economy, but their job results were so-so. Reagan produced a lot of jobs but also crashed the stock market in 1987 and the country suffered ongoing doldrums until Bill Clinton revitalized the economy, grew 22 million jobs and became the last president to balance the budget.


But Democrats have to quit playing defense and start strongly showing, again and again, how much better Democrats have been for job gains, debt control and prosperity for the Middle Class and Poor over the last 100 years…because THIS IS THE MOST PERSISTENT AND CONSISTENTLY POLITICALLY DAMAGING REPUBLICAN LIE.

Here are some more good resources that show how naked the Emperor and the rest of his Republican enablers truly are:

Donald Trump (2004 on CNN) : “The economy does better under the Democrats.”

BuzzFlash.com: If You Need to Vote Your Pocketbook, Vote Obama 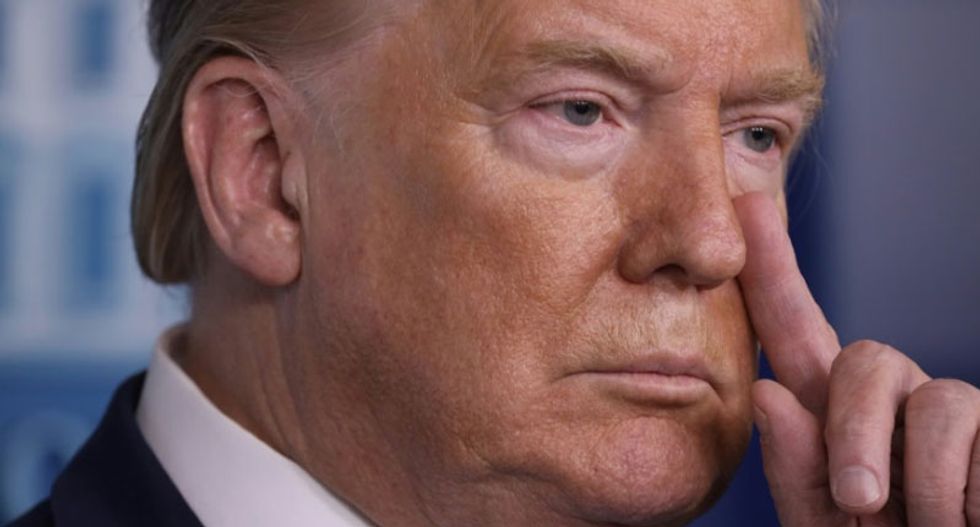 Over the past century, Democrats are 300% better at creating jobs than Republicans! That’s a shocking figure for most people, most of whom still think that Republicans are better for the economy, but, in the 100 years since 1920, Democratic Administrations have created 85 million jobs and...

Why is it that D.C has never voted for a GOP and they vote something like 92-94% in favor of Dems? It's because they "create jobs". Meaning, massive, big government. Which means you become more like Canada and Europe, you lose capitalism, liberty and accountable government.

Who creates jobs? The private sector. Public sector jobs are not created jobs, they are taxpayer subsidized troughs.

GIGO.
You must log in or register to reply here.

Republicans introduce plan to balance the budget in 5 years.
2 3 4

J
The Cryptocurrency Devil Is Knocking On America's Door!

Biden's most secretive tax is hiding in plain sight

Breaking News Trump used the DOJ to investigate members of Congress, their families and even a minor child.
16 17 18

Trump Demands $10T in Reparations From China for Releasing COVID; Biden Admin Says (paraphrasing), "We Will Do Nothing."
3 4 5