Milestones: Today Marks Exactly 3 1/2 Years Since the Senate Passed a Budget, $5T in

Fire them all, that will not compromise and do their job.
To live is to suffer~Fritz Lang-Film Director

I heard on the Mark Levin show and I don't know if true...

They are doing it because they can. Reed won reelection he can do anything. Can't wait until the liberal left chirps in that it is the fault of Repulicans.

They're doing it because the right wingers perpetually threaten a filibuster. Just because they can.
Republicans in the US government are giving free stuff to billionaires, making the middle class pay for it, and blaming the poor.

a budget is passed every year you dupes. If a budget was not passed, the Govt would come to a halt. Seriously, some of you need to take a basic Govt 101 all over again.

A 6th grader knows this sort of basic shit.
When you lose, fans are looking for something to point at, ... They'll call it nepotism, but half of them don't know how to spell it and the other half doesn't know what it means. They aren't looking at the film the next morning and seeing the blocking assignments missed and the routes not run right, or poor tackling. That's why you lose ballgames.

Nole said:
a budget is passed every year you dupes. If a budget was not passed, the Govt would come to a halt. Seriously, some of you need to take a basic Govt 101 all over again.

A 6th grader knows this sort of basic shit.
Click to expand...

When a new budget is not passed they use a continuing resolution I think it's called
which means that they use the budget from the previous year.
This allowed the President to have a budget that included the stimulus dollar amount.
This allowed the administration to keep the spending levels up.
Ask where did that money come from.
We probably borrowed it or printed new money.


A 6th grader knows this sort of basic shit.[/quote]

Barney Frank on Balancing the Budget: I Dont Think Balance is Logical
December 20, 2012 -- Rep. Barney Frank (D-Mass.) does not think it is logical to achieve a balanced federal budget from the standpoint of a whole economy because the relationship between budget and government is different from that of budget and individual.

At the U.S. Capitol on Thursday, CNSNews.com asked Frank about the fiscal cliff talks between President Barack Obama and House Speaker John Boehner (R-Ohio): During these ongoing negotiations would you like to see an attempt to balance the federal budget? And if so,in what year? Frank said, I dont think balance is logical from the standpoint of a whole economy. One of the problems with balancing the budget, if youre talking about a private individual you get credit for the things you report and that you own, your assets. The federal government has enormous assets. We have buildings and roads and ships. So I think that you ought to be able to get to a point, 7 or 8 years from now, where in a good economic year you can hit a balance, he said. Its important to reduce the deficit but the analogy between an individual entity and the federal government makes no sense.

Frank added that it is a mistake to only examine the costs of government projects and ignore their future benefits. People say, well, what about the future? Well when we build a good transportation system, were helping the future, Frank told CNSNews.com. And to look only at the cost of that and not the benefits is a mistake and a form of recounting. The House of Representatives will vote Thursday on the Plan B proposal of Speaker of the House John Boehner (R-Ohio) that raises taxes on Americans who earn $1 million or more and ends certain deductions  an offer to the White House to avert the so-called fiscal cliff. The fiscal cliff refers to the expiration of the Bush tax rates and the start of automatic spending cuts (sequestration) on Jan. 2, unless Congress and the White House act.

President Obama and Senate Majority Leader Harry Reid (D-Nev.) have said they will not accept Plan B, although it essentially is the same tax-hike proposal floated by Minority Leader Nancy Pelosi (D-Calif.) in May. Also on Thursday, the House will vote on HR 6684, which is a series of budgetary cuts affecting programs such as the Affordable Care Act (Obamacare), Social Security and food assistance.

House Approves $633 Billion Defense Bill
December 20, 2012 WASHINGTON (AP)  The House on Thursday overwhelmingly passed a $633 billion defense bill for next year despite Pentagon complaints that it spares outdated but politically popular weapons at the expense of the military's ability to fight.

The vote was 315-107 and sent the legislation to the Senate, where leaders hoped to wrap up the measure. The White House had threatened a veto of earlier versions of the bill, and spokesman Jay Carney said Thursday that the threat still stands. The far-reaching policy bill that covers the cost of ships, aircraft, weapons and military personnel would authorize $528 billion for the Defense Department's base budget, $17 billion for defense and nuclear programs in the Energy Department and $88.5 billion for the war in Afghanistan. The bill is $1.7 billion more than Obama requested.

House Republicans and Democrats debated the measure against the backdrop of high-stakes talks to avert the so-called fiscal cliff of automatic tax hikes and spending cuts and the loud cry for a sweeping deal to slash the deficit. Democrats argued that the bill runs counter to demands for fiscal discipline. "This bill is more money than the Pentagon wants," said Rep. Jim McGovern, D-Mass. "We're just throwing money at them." Specifically, the bill spares a version of the Global Hawk unmanned aircraft, includes upgrades for tanks and money for armored vehicles.

In a speech this week, Defense Secretary Leon Panetta criticized the pressure on the Pentagon to keep weapons that it doesn't want. "Aircraft, ships, tanks, bases, even those that have outlived their usefulness, have a natural political constituency. Readiness does not," Panetta said. "What's more, readiness is too often sacrificed in favor of a larger and less effective force. I am determined to avoid that outcome," he said. Panetta said members of the House and Senate "diverted about $74 billion of what we asked for in savings in our proposed budget to the Congress, and they diverted them to other areas that, frankly, we don't need."

House Armed Services Committee Chairman Howard "Buck" McKeon, R-Calif., insisted that the bill "safeguards military readiness in times of declining budgets." The bill responds to the new threats and upheaval around the globe while still providing billions for the decade-plus war in Afghanistan. The measure would tighten sanctions on Iran, increase security at diplomatic missions worldwide after the deadly Sept. 11 raid in Libya and presses the military on possible options to end the bloodshed in Syria.

Failed Obama Administration leadership is being passed off as something other than it is by his commie stools and the complicit media.

Budget, dam who needs a budget when your the Messiah.
Celer, Silens, Mortalis

Obama keeps setting all kinds of records doesn't he? 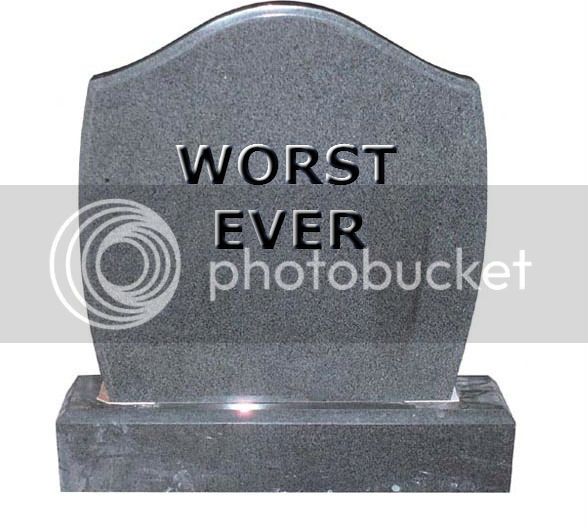 Grandma said:
They're doing it because the right wingers perpetually threaten a filibuster. Just because they can.
Click to expand...

They can't filibuster a budget bill. If you were interested in reality, you would know that Harry Reid has refused to allow a budget bill to come up for a vote.

Grandma said:
They're doing it because the right wingers perpetually threaten a filibuster. Just because they can.
Click to expand...

They can't filibuster a budget bill. If you were interested in reality, you would know that Harry Reid has refused to allow a budget bill to come up for a vote.
Click to expand...

They are just told to say things, so they say them.

How long since the House sent something that wasn't fiscally retarded or written by the Randroids?

How long since the House sent something that wasn't fiscally retarded or written by the Randroids?
Click to expand...

Makes no difference. The Senate is Constitutionally obligated to the people to pass a budget. 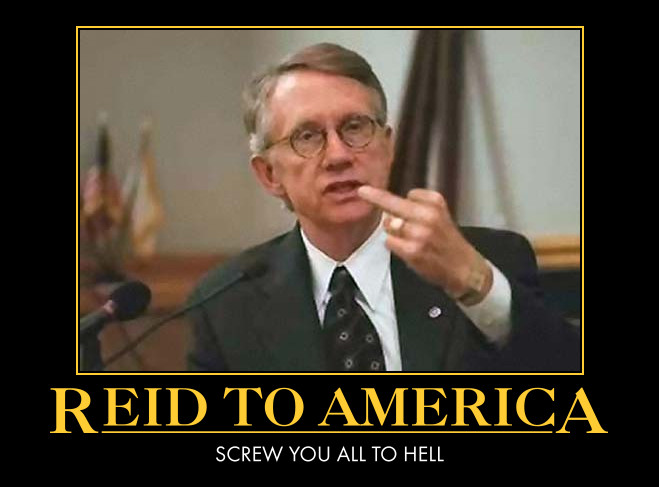 #16- To lying BS greedy Pubs and silly hater dupes, you mean...
The USA is the only modern country in the world where full time workers live in poverty and have no health care (750k bankruptcies a year, most HAVE insurance - crap insurance!)After 30 years of Voodoo: worst min. wage, work conditions, illegal work safeguards, vacations, work week, college costs, rich/poor gap, upward social mobility, % homeless and in prison EVAH, and in the modern world!! And you complain about the victims? Are you an idiot or an A-hole?

I'm sorry- dupes are lovely people- but I can't take their lazy, ignorant, careless, stupid politics a minute longer. Sorry
You must log in or register to reply here.

Romney made a fortune from business he helped destroy

Barack Obama and the Betrayal of Black America

Glen Kessler: Biden Is a “Recidivist”

A moment ago
InstantOn
I

Poll: Will you comply with vaccine mandates required of you by politicians to keep your job?
45 46 47