If their equipment keeps on being destroyed, they will be hard pressed to continue on as they have been doing.

He added that about 7,000 terrorists affiliated to Daesh have been killed since the coalition launched the military campaign against this extremist group.

How many civilians have died according to SOHR, Sally? 20%?
W

In a white tent set up not far from the border with Jordan - very similar to the tent that hosted the ceremony for the signing of the peace treaty with Jordan 21 years ago in Ein Evrona, the small Arava town just a few kilometers north of Eilat - a number of army officers, environmental experts, and intelligence officials gathered for a meeting that included a surprise stop by Prime Minister Benjamin Netanyahu, Defense Minister Moshe Ya’alon, and Transportation Minister Yisrael Katz. Twenty-one years after the signing of the Israeli-Jordanian peace treaty, the border between the two countries has proven to be the quietest, albeit the least maintained from a financial standpoint, of any of Israel’s frontiers. Nonetheless, the prime minister was given the latest intelligence data that surveyed possible future threats.

In years past, Hamas operatives from Gaza sought to enter the Sinai Peninsula, from where they would seek to infiltrate Israel in order to carry out attacks. That route was closely watched by Israeli intelligence experts until the completion of the fence along the Egyptian border. The barrier has almost completely sealed Israel off from drug smugglers, African refugees and economic migrants, women traffickers, and, of course, terrorists. Nowadays, the fence has proven to be a necessity given the fact that some violent Beduin tribes from Sinai have joined Islamic State. It allows Israel to better prepare in dealing with a hostile Islamist element currently fighting the Egyptian authorities in an area that is supposed to be demilitarized as per the terms of the Israeli-Egyptian peace treaty. These elements can just as easily try to do harm to Israel as part of its campaign against President Abdel Fattah el-Sisi, either in an attempt to undermine the cold peace with Israel or simply out of an Islamist ideology that loathes Jews. 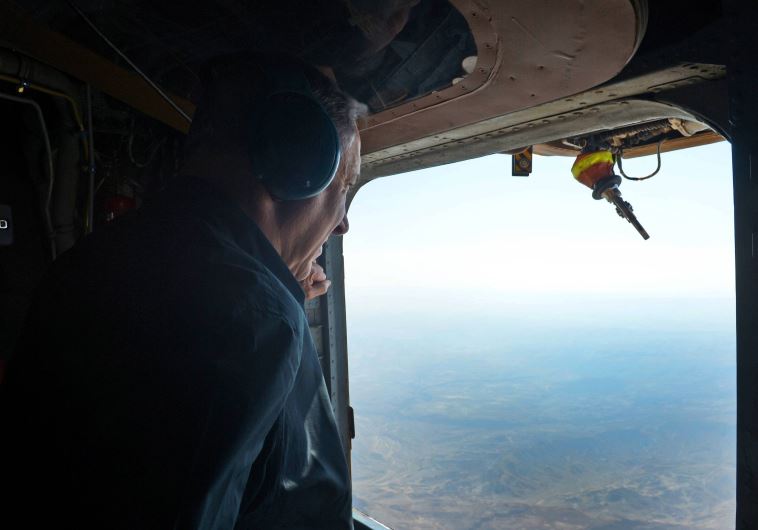 Now that the Gaza-Sinai-Israel path has been blocked off, the terrorists will seek an alternate route. It begins in Gaza, continues into Sinai, and, from there, heads further east into Jordan. Then the route takes a northward turn along the rusty, barbed-wire fence that runs along the frontier with Israel. Initially, it will be criminals seeking to smuggle in drugs, contraband, and women. Intelligence officials are now warning that terrorists are soon to follow. This is exactly what Netanyahu wanted to hear - a reason justifying his decision to build a fence. The first section of the fence will stretch from the Red Sea resort town of Eilat to Timna. Initially, the pretext for the fence was to build a barrier that would defend the airport that is expected to be built there. Overall, however, this is the Netanyahu Doctrine - build a high fence to keep the bad neighbors out, or neighbors that could turn bad later on.

Israel is entering a sensitive, problematic situation diplomacy-wise. Everyone knows the real reason behind the building of this fence - the very real fear that Jordan will collapse. This scenario is not far-fetched. In fact, it is Israel’s nightmare. The Jordanians have protected the border effectively and admirably since 1994. It has proven its worth both from an intelligence standpoint as well as its security capabilities, with no infiltrations by armed terrorists. But given the wave of Islamism in the region, it’s doubtful Jordan can survive as presently constituted. It’s a subject that’s completely taboo, certainly among senior defense and government officials, but it’s the bitter truth (at least, potentially).

It will be either ISIS or Hezbollah. Jordan is vulnerable
You must log in or register to reply here.

If both parties worked for real Americans wouldn't issues such as immigration be easy to solve?
4 5 6

What makes police think they are special?
3 4 5