I wonder how much time he will actually serve? Was the sentence just? ,Do you think he should have gotten more or less?

HOUSTON: Former Enron Corp. chief executive Jeffrey Skilling was sentenced by a federal judge Monday to undergo a 24-year prison sentence for his role in perpetuating a financial fraud in the company he headed, which destroyed it and which came to be reckoned as one of the blackest corporate deeds.

U.S. district judge Simeon Lake gave out the punishment to Skilling and said his crimes "have imposed on hundreds if not thousands of people a lifetime of poverty."
Click to expand...

Jeffrey Skilling may get out early...

In US Deal, Enron CEO May Get Reduced Jail Term
May 08, 2013 - U.S. federal prosecutors and defense attorneys have reached a deal under which disgraced former Enron Corporation CEO Jeffrey Skilling could have 10 years trimmed from his 24-year prison term.

Skilling was convicted in 2006 on 19 charges, including conspiracy, securities fraud and insider trading, for his role in Enron's downfall. The Houston-based energy giant collapsed in 2001, after what prosecutors said were years of corrupt business deals and accounting gimmicks. 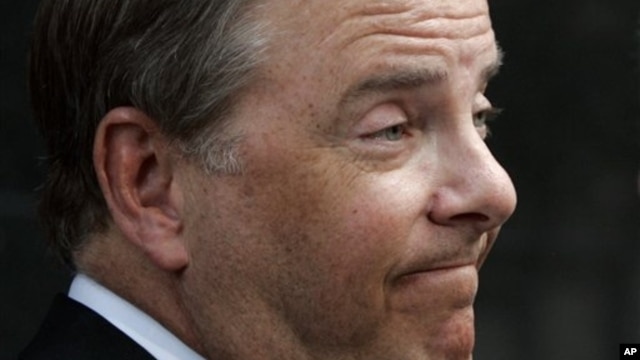 The new agreement, which is awaiting approval by a federal judge, provides for a prison term of 14 to 17 years and levies a $40-million penalty against the 59-year-old Skilling. U.S. Justice Department spokesman Peter Carr said the deal ends all legal appeals by Skilling and allows victims of the collapse to begin receiving financial restitution. Authorities say the ongoing case had so far prevented the government from distributing Skilling's seized assets to victims.

A federal appeals court has on two occasions upheld Skilling's convictions, while calling for a reduction in his sentence. Skilling is the highest ranking executive to be punished in the massive corruption scandal. Company founder Kenneth Lay's similar convictions were vacated after he died of a heart attack in July 2006, just weeks after being found guilty on 10 corruption counts.

In US Deal, Enron CEO May Get Reduced Jail Term
Click to expand...

That asshole should be serving a life term, no parole. He, and those he worked with stole the life savings of many people that I personally know.
You must log in or register to reply here.

Former Cop Gets Sentenced To 25 Yrs -- Was He Wrongully Convicted?

From National Security to Border Security to the Economy - From Inflation to Jobs to the Border, Biden is FLAILING
3 4 5

L
Should there be a transfer fee to every person sending money to their “home country” if they can’t prove they are here legally?
4 5 6

No capital punishment in Illinois