He was a great actor. I loved him in Blue Velvet.

Wow! That is such a loss.

Aww! What a career. I liked him as an actor, even more as a director.

So sad, I always really liked him.
He played crazy lunatic very well.

I actually just watched My Science Project the other night. lol
And is role in Blue Velvet is probably my favorite one.

My favorite one of his movies: Giant.

I knew he was at death's door for awhile, still sad to see him go.
OP 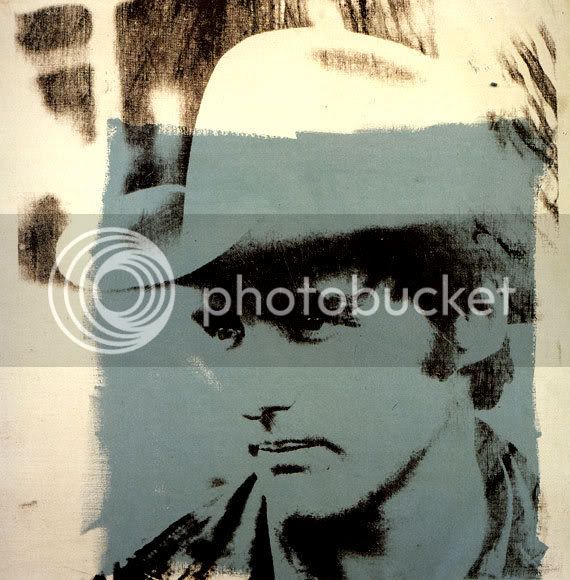 He was the tits.
Never phoned it in.

boedicca said:
My favorite one of his movies: Giant.

One of the great movies of all time.

Life was rarely an easy ride for Dennis Hopper - USATODAY.com

Dennis Hopper, 74, died Saturday at his Venice home, surrounded by family and friends. The actor had been battling prostate cancer.


Life was rarely an easy ride for the veteran actor. Of course, there were some highs along the way for the actor and filmmaker. As buckskin-draped Billy and star-spangled Wyatt, he and Peter Fonda became hippie-era icons as stoner cowboys in search of America atop heavy-metal steeds in 1969's Easy Rider. The road-trip odyssey directed by Hopper, produced by Fonda and co-written by both was an Oscar-nominated classic of its kind, an independent production that cost less than $400,000 and sold uptight Hollywood on the benefits of exploiting youth culture and a new generation of filmmakers.

Even today, the shot of the two long-haired drifters astride their customized low-riding motorcycles is as identifiable as faces on Mount Rushmore.

But ever since a teenaged Hopper appeared in 1955's Rebel Without a Cause opposite mentor James Dean&#8212; who would die in a car crash at age 24 before their second film together, 1956's Giant, was even released &#8212; his journey often was a rough one, marked by self-destructive drama and blurred by excessive drugs and alcohol.

The prolific, influential yet reckless actor, who eventually pulled himself together to become an invaluable, oft-villainous screen presence in the second half of his career, died Saturday after battling prostate cancer

like gary coleman, dennis hopper's death is something to be thankful for.

both men were terribly ill and in a lot of pain as well as the awful pain the people close to them suffered caring for them to the end.

He was always one of my favorite actors. RIP Hopper

A great actor has passed from our midst.

RIP to one of the coolest guys ever...

I always thought it would be fun to have two particluar guys for uncles: Keith Richards and Dennis Hopper.

He was always a very entertaining talker. Here he is with a Brando story, with Bob Costas in the late 80s.

[ame=http://www.youtube.com/watch?v=Isk-mJBK1tk]YouTube - Dennis Hopper (on Apocalypse Now and Marlon Brando)[/ame]
You must log in or register to reply here.

How Many Women Will Dims Trot Out to Claim That Whoever Trump Noms for SCOTUS Raped Them?

2 minutes ago
bluzman61
B
View more…