Isn't it funny how modernization (and urbanization!) has changed the 'quality' of our social networking themed Utopia-inquiry films?

Look at this change, from the days of William Keighley's frills-film The Prince and the Pauper to today's urban-noir shaded films such as Robert Rodriguez's crime-moisture film Sin City: A Dame to Kill For.

However, 'comic book stylized storytelling' always pulls the heartstrings back to 'civics sobriety,' no?

Anyone a fan of Spawn or Dark City? 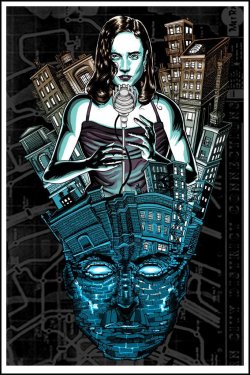 Felicia Hardy was sold into prostitution in a crime-riddled American city at the age of 14 after her parents were killed (her father worked as a small-time enforcer for a local mafia group). Felicia grew up very troubled and always suffering from money, even becoming a drug-addict for two years. When Felicia turned 24, she decided to hone her hard-earned 'street-smarts' skills and became a small-time runner and messenger for the local mafia (which employed her father) to secure her welfare. Felicia was given a special 'mock' vigilante costume and called 'Black Cat' by the mafia-boss, but she carried the name with honor.

Black Cat was able to interfere in smuggling shipments of rival gangs and mafia groups and even assassinate the son of one rival mafia group about to transfer seats of power. When Black Cat's mafia group capitalized on this assassination, they promoted Black Cat and instructed her to make a love-marriage with a member of a new rival mafia group (the son of its leader) and secure a new Triumvirate in Brooklyn and Manhattan. Black Cat (Felicia) did as she was told and her husband, the Prince of Cats (soon to be leader of his mafia-family), turned out to be a real demon. He forced Black Cat to carry out tortures in the name of street dominion (on captured enemies).

Felicia realized she had become a 'waste' of God's world. She never aspired to anything great and hence ended up a proverbial 'Harlot of Babylon.' As Black Cat, Felicia scrounged around with odd-jobs, criminal activities, etc., etc. She never had any children with her husband (the 'Prince of Cats') and ended her last days pondering all the evil she had done in the name of pure survival in the modern American urban landscape. As Black Cat sat on the perch of her lavish loft (which her husband purchased for her) in Manhattan, she ate delicious mango kulfi (Indian ice-cream) and said to herself, "Junk food is not as sweet as blood-theatre." 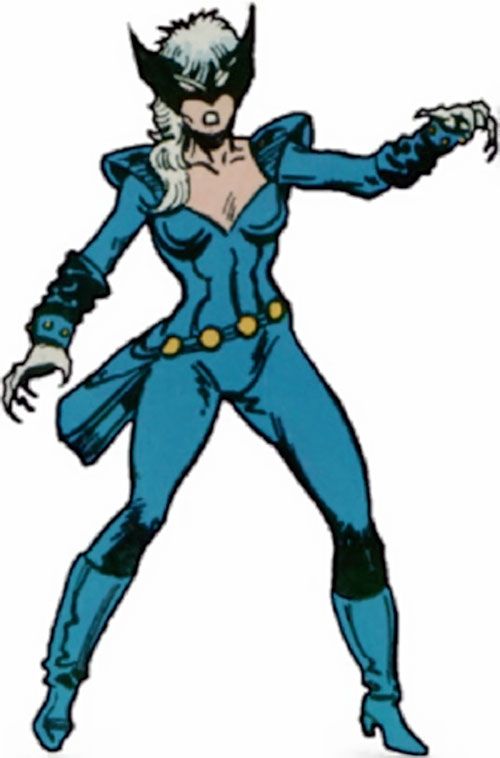 As Black Cat sat writing in her diary (she was now 34), she wondered about how her mafia-family was going to use the newfound urban power that she helped them establish. A maniac had risen to power claiming to be a 'prophet of doom' and calling himself 'the Doorman.' Doorman would break into the homes of cops and force them to stand in their front doorway and then slam the door on their arm to break/injure it and then tie the wounded cops up and let them bleed to death. Doorman sent a message to the NY Post in which he explained that the motivations for his actions was a strict cynicism towards the 'modern urban labyrinths' which create only 'doors for profiteers!'. Black Cat was terrified of Doorman and remembered an old mysterious vigilante named 'Gambit' who tried to contend with her during her early years working with the mafia. Gambit was back in town, claiming to have found a special 'magnetism-energy' crystal (or 'orb') in Indonesia and intending to use it to stop Doorman! 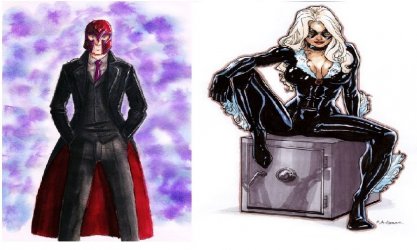 Meanwhile, Doorman had already visited the homes of four more police officers across America and left a bloody-trail in his deadly path, marking the victimization of the cop-houses with eerie but elaborate graffiti-like post-modern artwork (using charcoal, paint, and of course, blood. "Let this be the opposite of the Passover!" Doorman proudly claimed. Gambit (having fashioned himself a 'Magneto' vigilante-costume) knew he had to do something, so he used his 'magnetism-orb' (which turned out to be incredibly powerful!) to hurl Doorman into a pit using thrown metal street-light poles. When Black Cat learned of Gambit's deed, she entreated him to make love to her and remember their earlier days (when Gambit promised to run away with her!). Gambit realized that the criminal landscape in American cities had changed during the five years we was searching (like a mad archaeologist!) for the magnetism-orb in Indonesia. Gambit had to decide if he wanted to be 'Magneto' or a 'marrying man,' and complicating his new and updated 'urban agenda,' was Gambit contention with a host of 'urban-crusaders,' all descendants of the Hell's Angels, (including patriots known as 'G.I. Joes' and a socialism-terrorist syndicate known simply and ominously as 'Cobra'). 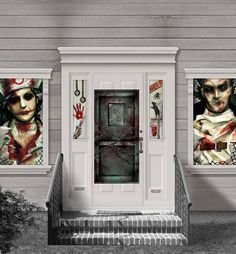 What ensued was nothing short of a little 'Traffic World War,' and Black Cat wanted to run away with Gambit after it was all over. However, Black Cat's husband (the sinister 'Prince of Cats') thwarted these plans when he discovered Black Cat's secret obsession with Gambit. Gambit continued trying to 'rescue' Black Cat (Felicia Hardy) from all this insanity, while the G.I. Joes dealt continuously with Cobra, and Cobra agents scrambled to create 'pockets of civil terror' in American cities (secured more and more by the radical G.I. Joes). Gambit (aka, 'Magneto') also had to build symbolic bridges of communication and peace to work with the G.I. Joe leader 'Duke' in order to secure vestiges of urban civics coordination sanity! Duke, meanwhile was courting Pythona (a female eco-terrorist 'mad scientist' member of Cobra and former girlfriend of Duke), and Black Cat wanted to be sure she got out of all this 'urban purgatory' with a real profound marriage proposal (to help her forget about her dreadful past with her distasteful husband the 'Prince of Cats'). It was a real 'Urban Jungle.' 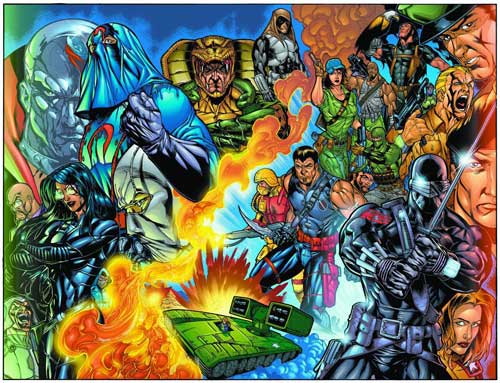