This is a mythology-vignette about capitalism discourse --- for 'TrumpUSA' (a spin on political cartoons!). 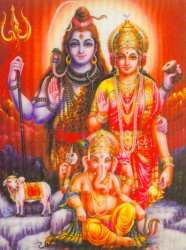 ​
Lord Shiva and Goddess Durga (and their affable son Lord Ganesh) were obligated to engage in a special capitalism-wartime discussion with a Pantheon of Hindu gods and goddesses equally interested in the parameters of competitive bargaining, consumerism ethics (e.g., Wall Street), and the complications of globalization (e.g., NATO). Lord Shiva decided to speak on behalf of his family, and the Pantheon approved of the decision. 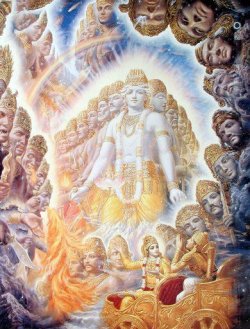 ​
SHIVA: Why is the Pantheon curious about Wall Street, NATO, etc.?
PANTHEON: We feel that competitive economics is creating problems for globalization...
SHIVA: So, you're interested in what my destructive and authoritative Trident-weapon has to offer?
PANTHEON: Precisely. Should capitalism be 'enforced' and if so, how, Lord Shiva (your thoughts?)?
SHIVA: Well, capitalism involves bargaining, which is conducive for a Democracy (such as the USA).
PANTHEON: How do Communist nations (China, North Korea, Cuba) join in the discussion?
SHIVA: There are treaty-enforced free-trade zones (i.e., Hong Kong).
PANTHEON: The Middle East is unhappy with the domineering presence of the United States!
SHIVA: Sunni-Shia troubles are not something the West seems too invested in, and Arabs 'feel' the neglect.
PANTHEON: Is this grounds for war?
SHIVA: North Korea is not Islamic but has proud and overt stances on the right to develop nuclear weapons.
PANTHEON: North Korea is threatened by the West and wants to capitalize on Middle Eastern grievances...
SHIVA: That's possibly true, but 'marketing' democracy requires constant discussion about treaties.
PANTHEON: Do you feel that the Trump Administration is 'equipped' to handle such treaty-discussions?
SHIVA: President Donald Trump is a shrewd financier, and he understands the human value of commerce...
PANTHEON: What does this mean for the average citizen and social critic?
SHIVA: War is not necessary to solve the problem of disagreement, but citizens appreciate dialogue on TV!
PANTHEON: Are you suggesting, Lord Shiva, that TV networks such as C-SPAN and Al Jazeera are 'cures'?
SHIVA: I'm merely 'implying' that domestic concerns (regarding family medical insurance) involve 'etiquette.'
PANTHEON: We believe that 'etiquette considerations' break down in the face of capitalism-communism strife!
SHIVA: There's nothing 'heretical' about the Home Shopping Network (HSN)...
PANTHEON: Thank you for your calming words, Lord Shiva (return home!); we'll think about 'media-bias'.

Adultery in the Heavens (Mythology*)

Impeachment witness Vindman: If Trump had been removed, 600,000 Americans wouldn't have died of COVID
2

House Dem campaign chief warns the majority at risk without message reboot, though they insist Biden's agenda is "wildly popular"

The vaccinated are furious at the unvaccinated
17 18 19