Another one of those BLM created racial hoax stories

Juicy Smollet would be proud.


The person who plastered racial graffiti across Michigan’s Albion College during midterm week, fueling protests, was a Black student, according to officials.

“Earlier today, we identified the individual responsible for the racist and anti-Semitic graffiti in Mitchell Towers,” college President Mathew Johnson said in a Thursday email to students obtained by the school’s Albion Pleiad. “The student, who was acting alone, acknowledged their responsibility for these incidents, and was immediately removed from campus and placed on temporary suspension while we conduct a full investigation as part of our student judicial process.”

The 21-year-old Black male suspect was questioned by police on April 6, according to Police Chief Scott Kipp, and later released. Prosecutors will decide whether to file charges after the investigation is complete.
Click to expand...

Nothing transparently fake about that.

Have I mentioned that BLM is a cancer?

I am sure they will treat this kid differently than if he were white. If it were a white guy they would expel him and charge him with a hate crime.

On top of that, the University is practically in denial that this is a hoax, they still think it is a "teaching moment," for racism?! wtf.

". . . A Friday op-ed authored by the Albion Pleiad’s editor in chief, Jordan Revenaugh, suggested that discovering the perpetrator’s identity might not change anything from students’ perspective. “The fact that it was a student of color who was behind the malice on campus doesn’t change the fact that we have a problem,” Revenaugh wrote. Isn’t the fact that we so blindly believed the perpetrator to be white an issue in and of itself? This isn’t a problem because it’s ‘unfair to white people’ or any of the claims like that that I’ve seen surface [on] the internet. The reason we believed it is simply because it’s believable – that’s the problem.”

Revenaugh said the incident was a call for “white people … to do better so that people have no reason to make that assumption of us.”

Officials said no determination had been made about whether the perpetrator would be allowed to remain enrolled at the school."

" The demand for racism far exceeds the supply. "

MarathonMike said:
Have I mentioned that BLM is a cancer?
Click to expand...

MarathonMike said:
Have I mentioned that BLM is a cancer?
Click to expand... 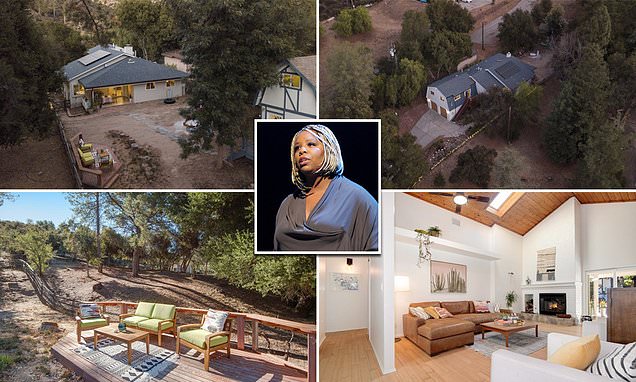 BLM founder is branded a FRAUD after buying a $1.4 million home

Patrisse Cullors, who co-founded Black Lives Matter in 2013, has bought a $1.4 million three bedroom house in the Topanga Canyon area of Los Angeles, which critics say is excessive.

And of course you knew somewhere in the story they would enevitably blame it on white people:


"Revenaugh said the incident was a call for “white people … to do better so that people have no reason to make that assumption of us.”
You must log in or register to reply here.

Greg Abbott is a Dumbass.

If we had a race crime for every race hoax we have, we might have a racism problem. Our racism is confined to the democrat party...

Predict what will happen with UFOs, friend or foe? (Poll)

War with Israel is imminent
2 3

The Supreme Court just took a case that could drastically limit — or even overrule — Roe v. Wade
5 6 7

This is how you create terrorists.
7 8 9

A moment ago
toastman
T