Since 60s Fan started a propaganda thread where he posts links to Hasbara sites, I thought that there should be a thread that does the same thing from the opposite perspective. Articles from Electronic Intifada, Arab news sources, Muslim news sources are acceptable for this thread.

Here is one that is astonishing. Israeli soldiers in uniform are attacking American students in the U.S. This is unbelievable. Can you imagine any other country's soldiers going on an American university campus to harass Americnas?

Five children who got longer sentences for throwing stones than Israeli soldier who shot incapacitated Palestinian dead
'If [a Palestinian] kills an animal... he would have gotten more time,' family of deceased man says.

“The sentence he received is less than a Palestinian child gets for throwing stones.”

Baraa Issawi, who was unarmed, was shot by Israeli troops in her legs for walking towards a military checkpoint.
Israeli troops shot an unarmed 13-year-old Palestinian girl at an occupation checkpoint in the West Bank on Wednesday. Israel claims she continued to walk toward the checkpoint after soldiers ordered her to stop.

Top Israelis Have Warned of Apartheid, so Why the Outrage at a UN Report?

the Israeli journalist Hirsh Goodman described how he returned home from the Six Day War in June 1967 to hear the country’s founding father and first prime minister, David Ben Gurion, speak on the radio. “Israel, he said, better rid itself of the territories and their Arab population as soon as possible,” recalled Goodman. “If it did not Israel would soon become an apartheid state.”

Goodman was born and raised in apartheid-era South Africa. “That phrase, ‘Israel will become an apartheid state,’ resonated with me,” Goodman wrote. “In a flash I understood what he was saying.”

Top Israelis Have Warned of Apartheid, so Why the Outrage at a UN Report?

Canadian Student Shot by Israeli Sniper in the West Bank

Israel will exist and will continue to exist until Islam will obliterate it, just as it obliterated others before it" (The Martyr, Imam Hassan al-Banna, of blessed memory).

Despite an extensive campaign to delegitimise and undermine the event, more than 15,000 visitors attended the largest Palestinian cultural event in Europe, perhaps in the world.

People from all nationalities and religions were united in celebrating Palestinian heritage and history. The atmosphere was electric, with food stalls serving fresh falafel, children dancing the dabke (a traditional Palestinian dance), countless renowned speakers and volunteers to answer your every question.

Greeted with mouthwatering dates and Palestinian biscuits on arrival, the crowds were then unleashed upon five floors of fascinating talks, events, debates, workshops, art displays, music and fun. To have such an event held in the heart of London was truly something to behold.

They definitely are not discussing this.

Wailing at the wrong wall?
OP


"A UN report established that Israel has imposed a system of apartheid on the entire Palestinian people and called for BDS measures to end this apartheid regime.

The Mennonite Church USA just voted by a 98% majority to divest from companies that profit from the Israeli occupation, following several mainline churches that have adopted similar policies in recent years, including the Presbyterian Church USA, the United Church of Christ and the United Methodist Church. The Mennonite resolution also urges church members to boycott products produced in illegal Israeli settlements built on stolen Palestinian land.

Right to Boycott wins: The Spanish parliament affirmed that the right to advocate for Palestinian rights through BDS is protected under freedom of speech and association. The UK government was defeated in court by the Palestine Solidarity Campaign and its allies in a ruling that deems it unlawful for the government to restrict the right of local authorities to divest from companies complicit in Israel’s violations of Palestinian human rights. The Swiss parliament blocked Israel lobby efforts to criminalize support for BDS.

These developments follow many BDS successes in previous years against G4S in Jordan, Colombia, Finland, UK, South Africa, the European Parliament, among other countries and institutions, which compelled the company to sell most of its illegal Israeli operations.

A Palestinian coalition of Christian organizations called on the World Council of Churches to support the BDS movement for Palestinian human rights.

A wave of boycotts hit the Tel Aviv International LGBT Film Festival as artists from around the world showed respect for the Palestinian cultural boycott picket line. An award-winning South African filmmaker, whose film was scheduled to be the festival’s opening film, was among the artists who canceled their participation in the festival.

Two Chilean universities cancelled events sponsored by the Israeli embassy, and students governments in several US and other universities passed various BDS measures.

The Israeli government suffered an embarrassing blow after six out of eleven National Football League (NFL) players in the US turned down an all-expenses paid propaganda trip organized to improve Israel’s fast deteriorating image.

BDS campaigns grow among Palestinian citizens of Israel. In coordination with BDS partners in South Korea, the BDS Committee of Palestinian Citizens of Israel (BDS48) launched a campaign to boycott and divest from Hyundai Heavy Industries (HHI) until the company ends its complicity in Israel’s violations of Palestinian human rights, particularly in Jerusalem and the Naqab (Negev)."

A new United Nations report states definitively what human rights activists have been arguing for decades: "The weight of the evidence supports beyond a reasonable doubt the proposition that Israel is guilty of imposing an apartheid regime on the Palestinian people, which amounts to the commission of a crime against humanity."
Israel's 'Apartheid Regime' Is a 'Crime Against Humanity': UN Report

The former prosecutor of the International Criminal Court (ICC) Luis Moreno Ocampo has said that the investigation being carried out by the ICC concerning the issue of Israeli settlements in the West Bank, including East Jerusalem, will most likely result in condemnation of Israeli officials since the establishment of settlements is considered a continuing war crime.

He added that the settlements constitute a clear legal violation of the Rome Statute and the rules of international law, which prohibit an occupying power from transferring its civilian population to an occupied territory. 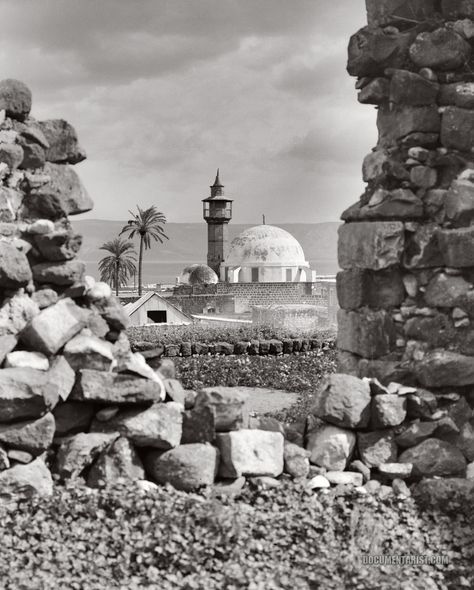 The Rich Traditions of Arabic Poetry

It is amazing how far israel's shills go to dehumanize these people. 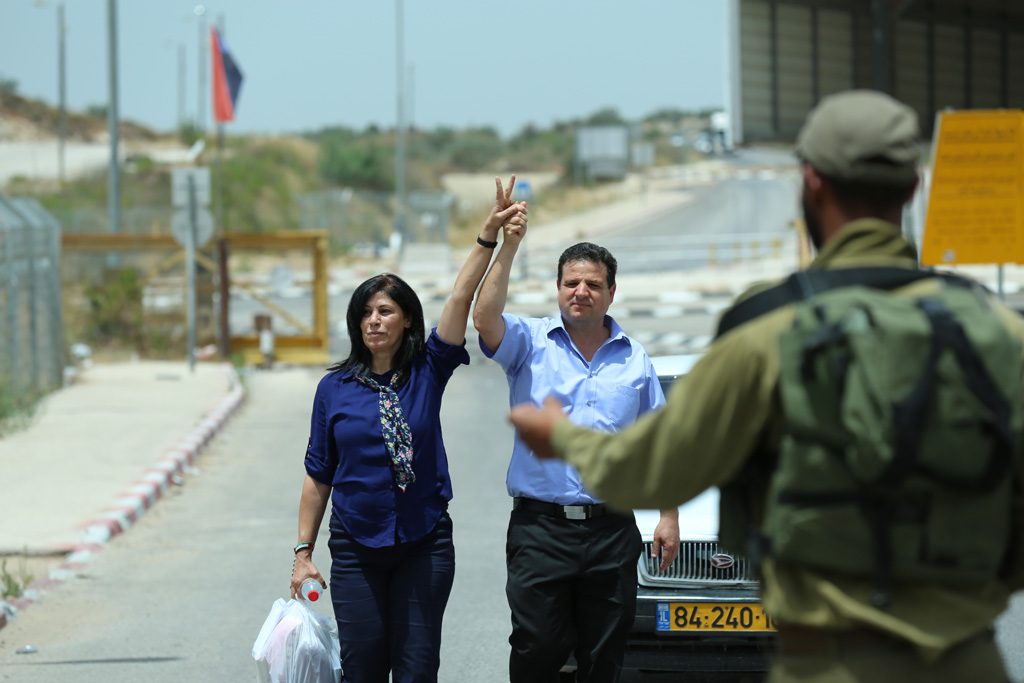 Israeli forces arrested Jarrar during a predawn raid of her home in Ramallah on July 2. The sentence was levied on July 12 by Israel’s Ofer Military Court and confirmed at a hearing yesterday, Monday July 17.

Jarrar is a long-serving PLC member associated with the Popular Front for the Liberation of Palestine (PFLP), a far-left socialist party. Her detention came just 13 months after she had been released from an Israeli prison; where she was imprisoned for over a year.

Israel’s system of “Administrative Detention” claims to be preventative in approach; aiming to detain those who may pose a threat in the future. Without trial, fair legal representation and full disclosure of the charges, the system is open to abuse and highly contentious. Administrative detention sentences can be renewed indefinitely every six-months and this policy is used almost exclusively on the Palestinian population.

Jarrar asserts that the allegations brought against her were “ridiculous” and related to completely legal activities; including social and political work as a member of the Palestinian parliament. Jarrar is also the head of the Prisoners’ Commission in the PLC and vice-chairperson of the Palestinian rights group Addameer. Following Jarrar’s detention, Addameer released a statement saying, “The arrest of Khalida Jarrar constitutes an attack against Palestinian political leaders and Palestinian civil society as a whole. It also constitutes one arrest in the context of continuous arrest campaigns against Palestinians.”

Son of Dutch freedom fighter executed by Nazis has donated trees for a new olive grove in the West Bank 'to make amends for the way in which his family name was exploited' by Israel
The son of a Dutch couple who hid Jewish people from the Nazisduring the Holocaust has asked for his father’s name to be removed from a monument built on the site of a destroyed Palestinian village.
Erik Ader, whose parents, Bastiaan Jan and Johanna Ader, are believed to have helped at least 200 Jews escape during World War II, said he considered the monument to be an abuse of his father's memory and that his family name has been exploited to cover up "an act of ethnic cleansing” of Palestinians.

Until a decade ago, Mr Ader said he had no idea a razed village lay underneath the trees.

Mr Ader told NOS that in addition to asking for his father's name to be removed from the site, he has donated 1,100 olive trees for a new forest, which will be named after his father, near a Palestinian village in the West Bank. He said he is gifting these trees to the village to make amends for the similar number of pine trees planted by the JNF in his family's name to conceal the remains of Bayt Natiff."

They definitive won't discuss the blatant racism and misogyny that lie at the base of their values.
Israel Caves to Misogyny

Sexism and the state of Israel

While the Israeli state espouses multiculturalism and diversity, it oppresses not just the Palestinian population, but also any Black person within its borders.

From warehousing African asylum seekers in giant prison camps, to criminalizing and carrying out eugenics programs against its Ethiopian Jewish citizens, Israel’s treatment of Black people reveals that the Zionist project is not just about Jewish supremacy, but also white supremacy.

In this on-the-ground investigation, Abby Martin talks to Osman Ali, a refugee from Darfur, at Holot prison camp about the treatment of refugees by the government, and Tehune Maharat, an Ethiopian Jewish activist whose cousin was killed in an apparent hate crime by Israeli police, about the rampant and institutional racism in the country.

montelatici said:
Since 60s Fan started a propaganda thread where he posts links to Hasbara sites, I thought that there should be a thread that does the same thing from the opposite perspective. Articles from Electronic Intifada, Arab news sources, Muslim news sources are acceptable for this thread.

Here is one that is astonishing. Israeli soldiers in uniform are attacking American students in the U.S. This is unbelievable. Can you imagine any other country's soldiers going on an American university campus to harass Americnas?

Why are Islamists allowed to attend American paid colleges in order to spread their hatred and lies? Deport all their asses!

Hey, like you say, why was she conducting terrorist activities in a war zone?
You must log in or register to reply here.

J
Leaving US Message Board
2 3

In your opinion are well taken care of dogs happy?
2

Why is it primarily Democrats that can't vote in person with a free voter ID? Why don't Republicans have the same difficulty?
2

A moment ago
lantern2814
L
Q
Why are sunsets the color they’re ??