Tair, Liron and Tagel Haim,
with one of the grooviest bands in Israel.

While the haters urge others to boycott and divest from Israel, we continue to help make the world a better place. The latest example? The world’s first successful artificial cornea transplant.

Former Iranian cleric: We have no problem with Israel

Former senior Iranian cleric calls for an end to hostilities between Iran and Israel in interview on Israeli TV.

Abdol-Hamid Masoumi-Tehrani, a former senior Iranian cleric, spoke to Israel’s Channel 12 News on Monday and called for an end to hostilities between Iran and Israel.

Tehrani, whose "ayatollah" title was revoked by Tehran following disagreements with Supreme Leader Ayatollah Ali Khamenei, said, "I have been speaking in the most transparent way possible for 20 years. I sit in Tehran and do not work for any country, organization or group. If they do not like me talking to you or anyone else – it is their problem. We have no problem with Israel or any with other country in the world."

He criticized Khamenei and said, "In 1986, when he was elected as the Supreme Leader of Iran, due to my previous knowledge of him and his behavior, I claimed that he would surely destroy both the religion and the country. Because of that and because I opposed him, I spent five years in prison. This disagreement continues to this day." "Unfortunately, because our regime is dictatorial and limited to the rule of one person who does not care about the thoughts of most of the public in Iran, the people here cannot protest quietly and the regime suppresses them violently," Tehrani said of the political situation in Iran.

Asked what the average Iranian thinks of Israel, he replied, "You must understand that Iranians and Jews have a long history of friendship. From what I see and hear in conversations with people here, I have not encountered Iranians who have a bad opinion of Israel. It is time for the Iranian regime to stop inventing enemies that do not exists."

Tehrani asserted Israel has nothing to fear from Iran's threats. "I do not think this talk (about the destruction of Israel) is serious. Do not forget that Saddam Hussein made similar claims and we know where he is today." Former Iranian cleric: We have no problem with Israel

For the first time, Israelis can now send mail to the UAE

'Connection will allow tightening of commercial ties between Israel and the United Arab Emirates,' In a historic first, Israelis will now be able to send mail and packages directly to and receive them from the United Arab Emirates (UAE), via regular mail, registered mail, and Israel Post's EMS delivery option.

The announcement follows cooperation by Israel Post with the director of the UAE's postal system.

Dany Goldstein, CEO of Israel Post, told Israel Hayom: "We are happy and excited by the cooperation with the United Arab Emirates, which will allow us to expand online commercial activities in Israel to additional countries. The company has agreements with over 150 postal directors around the world - an additional testimony to Israel Post's abilities as a central player in Israel's online commerce, which contributes to lowering the cost of living."

"The relationship being created between Israel and the UAE, and the connection between the postal directors, will allow a tightening of the commercial relationships between the countries."

Gilad Tirosh, Chief Commercial Officer, e-commerce and CEP, said: "We expect to begin working with the UAE post, which has shown great professionalism throughout the process. The cooperation will allow us to expand our basket of solutions and to offer our private and business customers the widest range of countries to which they can send and receive postal packages at the best prices possible." For the first time, Israelis can now send mail to the UAE

montelatici said:
European colonists and their offspring.
Click to expand...

jews been in palestine for thousands of years...study history please

Countries I'm NOT ALLOWED To Visit Cause I'm From Israel

My trip to Iraq as an Israeli Jew, in retrospect

I'm Israeli and Jewish and this is my trip to Iraq, Iraqi Kurdistan to be specific.
I summarized the time I spent there in this video.

Although not widely known, the horrors of the Holocaust reached Jews in Arab countries in northern African Jews, who were also persecuted and murdered. 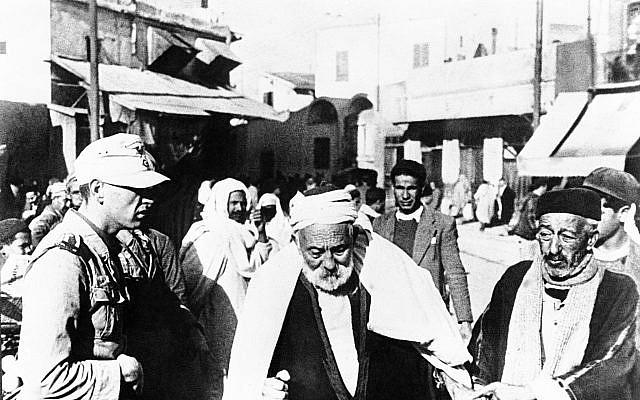 Mary’s paternal grandparents fled Libya right before the Second World War.
Despite the hardships her family has endured, she does not want to hold a grudge.

Testimonies - Farhud - Iraqi Pogrom 1941 and beyond

Let's talk about the Jewish landscape in America and Israel

Hi, my name is Michael Sahno, the host of "12 Cities in Israel"! In this episode I tell you about the HISTORY OF BE'ER SHEVA!!! From Abraham & Isaac to the Persians & the Ottomans, Be'er Sheva has always been a critical Gateway to the South and eventually, the JEWEL OF THE NEGEV! Enjoy!!!

In this episode I tell you ALL about the MODERN CITY OF BE'ER SHEVA!!! How it eventually became a part of the State of Israel and all of the WONDERFUL THINGS that currently make it the JEWEL OF THE NEGEV! Enjoy!!!

UAE fund to invest $100m in clean energy in Israel

UAE fund to invest $100m in clean energy in Israel

Abu Dhabi's Masdar fund and EDF Renewables Israel have signed a strategic cooperation investment agreement that could be expanded to hundreds of millions of dollars.
OP

Wacky Arabs, building with no permits.

Israel as nation between freedom & liberation
Between fleeing Egypt and the first national war, the people of Israel are building their mental resilience. Why couldn't the numerically superior Hebrews fight Egypt at the Sea of Reeds?

If the Torah shares Israel's collective soul, why was it necessary to be given in the form of a "rule book"?

Who was Yehoshua and what about his background made him capable of leading the war against Amalek?

Between the smashing of Egypt's military at the Sea of Reeds and the war against Amalek at Rephidim, Israel required a gradual process of psychological liberation in preparation for receiving the Torah. Israel as nation between freedom & liberation

The real reason Jerusalem belongs to the Jews

...and the reason our enemies deserve her not.

“Jeez, well, we had better mention the good news, even if they come from Israel (laughs). I know, how sick is this? Good news from Israel, when did that happen last time? Do you know what, I don’t know actually. But we have read about this all day today and heard it just now on the radio news. 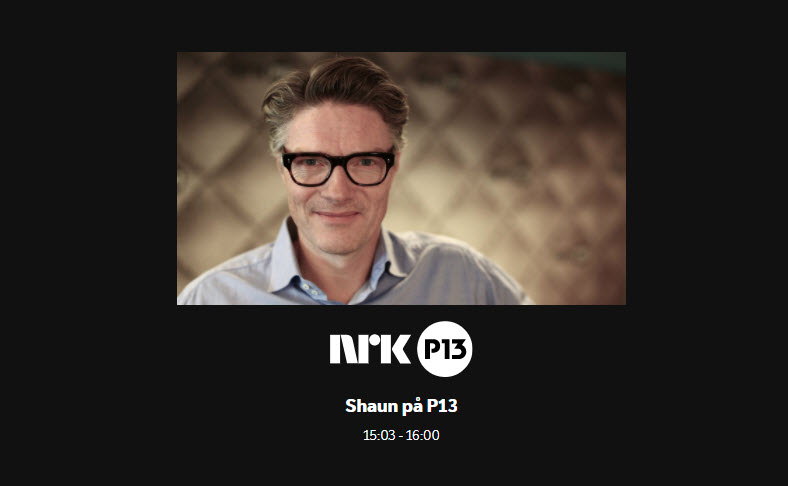 www.miff.no
You must log in or register to reply here.

The American Culture War was won by the Left
2 3