Al Jazeera ? Really?? Common Tinmore, are you that ridiculous ?
Click to expand...

In this day and age there are many young people who are “ politically correct They talk about equality. On the other hand, I wonder what they were really say if they were made aware as a minority with “ Right of Return” they would have no say and they would not have the freedom to go anywhere they wanted in the borders prior to 67 .

P F Tinmore said:
We have a Who are the Palestinians thread, so just to be fair...

Europeans who squatted and are now bringing in Africans to increase their numbers.
T

P F Tinmore said:
We have a Who are the Palestinians thread, so just to be fair...

Europeans who squatted and are now bringing in Africans to increase their numbers.
Click to expand...

rylah said:
Seriously, P F Tinmore when will you grow up
to have the guts for a sincere discussion?

I need normal people on the other side of the table.
Click to expand...

So typical,
"everyone else is wrong"...
except for you miles away...

That's exactly what I was asking,
why can't anti-Israel activists handle a normal discussion?
Click to expand...

You people argue with documents. What can I say?
Click to expand...

Stop embarrassing yourself,
the sun shines on the opposite side miles away from you,
and no one takes your mambo jumbo to be document, let alone binding.
Last edited: Jan 17, 2021


Guess that's exactly what You've mentioned, the movies and I've seen UV lights being used when visiting friends in Be'er Shev'a university, so kinda assumed it was available.

A short internet research reveals it's been actually a 'hot talk' in the recent years,
specifically regarding disinfection of hospitals, with some around the world
already experimenting with robotic solutions that until recently,
required the absence of patients and personnel.

This is what they use now in Israel

This is progress, but the idea of integrating
the method to air conditioning is on a whole other level.
It should resolve both the problems of ozone and direct exposure.

We used to have a UV light in our clothes dryer. (In the 1950s so this is not a new concept.) We had a UV filter on our well water when we lived by a lake.
Click to expand...

But neither the UV in your clothes dryer, nor the UV filter in your, and our well,
could be used for ventilation systems.

Only a combination of certain new technological solutions allows
to so called move the UV light from your dryer, to a standardized UV air filtering system.

But you might as well prefer someone like a waitress,
who thinks a dryer is the same as a sanitary ventilation system to run the show...
Last edited: Jan 17, 2021

The story of the first queen of the Mizrahi music - Ahuvah 'Ozeri.
How from the darkest of places she exploded onto the music scene,
and then disappears in silence only to appear and sound her voice after 23 years.

Life story of the great musician as never told before.

As already revealed in previous post, Ahuvah 'Ozeri reappeared 23 years after making a remarkable impression on the Israeli music scene from the very beginning of her career,
success and fame, at the peak of which she entirely disappeared from public eye to take
care of her family.

It was in 1999 that she reappeared with "Tziltzuley Pa'amonim", her most successful recording, when the following year during a tour for the album she was diagnosed with vocal cords cancer.

However in spite that, she became even more active on the music scene,
this time playing her Bulbul Tarang and writing songs for and in collaboration
with various singers and bands.

Remarkably, but be it in the 60's, be it in 2000's during her comeback,
nevertheless her audience always remained very young.


For those who learn Hebrew,
chapter two on YesDocu new series:

Israelis: What is the alternative to the two state solution?

P F Tinmore said:
Israelis: What is the alternative to the two state solution?

The question is based on a false premise.
And anyway, there're no alternatives to full Israeli sovereignty.

The future of Israel with Sovereignty Youth 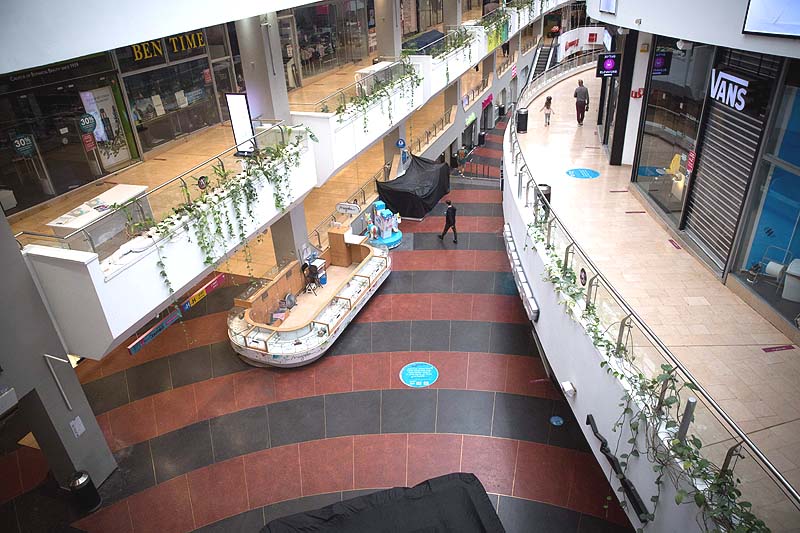 Israel’s Recovery at Annual Rate of 39.7% Third in OECD

The sharp rise in GDP followed the significant contraction in the economy in the Second Quarter of 2020. JTA: You just released a totally transformative version of “Hava Nagila.” Walk me through how that happened.

Black: It was really a story of divine providence. Thank God, I have been out there enough that producers send me beats all the time [musicians frequently utilize sample tracks to layer under their own lyrics]. My brother-in-law is my producer. He’s really a tzaddik [righteous person], so I let all of the beats go to him. Because if it’s good, he’s gonna tell me.

So this particular producer sent me a WhatsApp message — I used that when I didn’t have management. My wife and I were driving home from the grave of Shimon HaTzadik in Jerusalem. And we got in the car, we’re driving for a little bit, and she just starts putting on beats. My wife never just puts beats on!

And I’m like, where’d you get those beats from? And she’s like, somebody sent it to you! And the “Hava Nagila” beat came on, and I was flipping out over it.

He had a lot of good stuff on there. But that’s not my normal way of getting beats. So that one kind of slipped through the cracks. It was supposed to get to me.

I went home — I have a studio now in my house because of COVID — and I think within a few days, I had the song.

I can only imagine that with six kids at home, your day-to-day life is so crazy right now. What does it look like?

Thank God, everybody’s back in school except for my two youngest, but my wife manages that department and I’m either in the studio at my house or out running around handling other stuff that I have to handle musically.

I have a “Blackout” series on YouTube, so whenever I’m out, I have something to do. I have a camera guy that follows me around, or meetings or whatever else that comes along with it. But thank God, even when my kids were at home, I spent a lot of time inside the studio.

I don’t know how that happened, my kids were downstairs and I just gave a few hours, went up and worked on music, and then came back down. When I got sick with COVID, I came back home and was self-quarantining. But still, looking back, I’m like, how did I get that done? Even though they’re in school, now I can’t get anything done!

When do you find the time? Do you work in between day-to-day life? Are you more of a morning person, night person?

Yeah, I have an issue. I’m a never-go-to-sleep person.

I try to do everything now during the day, normal hours. I have to be ready to get the kids down for sleep around, you know, 5 or 6 o’clock — by then my wife’s all ready. I’m not getting the call, I’m getting the look. [laughs]

So I try to really go into the studio from noon or so, and I learn [Torah] in the morning hours. Right now I’m releasing one song a week. I actually have another song coming out in like two days, which I don’t know how I’m gonna manage. I just shot the video for “The Hava Song” also. There’s going to be a content overload coming up.

So the awesome part about it is that my wife is very supportive. The hard part is balancing my learning schedule with the father schedule. But Hashem gives us strength, He gives us power. What is your learning schedule these days?

I’m actually looking for a new kollel [Torah institute] to learn in. But usually I get up very, very early. In a normal week — this week has not been normal — I usually get up to pray at sunrise, the earliest you can daven [pray].

Then after that, I get to work. And then after I’m done with the kids and speak to my wife, late at night, I’m also working. I’ve either got a Zoom, some type of interview, some type of something, usually at night to 2, 1, something like that. Ain’t no rest for the weary.

After I had COVID, I was drinking way too much coffee. I think I had a caffeine overdose a little bit. I stopped for a while. But now I’m doing it more slowly. Plus, I’m doing keto right now. It’s really not that bad. Like, you’re telling me I can eat meat and fat? That’s not really the worst. OK, so I’ll skip out on the doughnut, but I can have the steak. Not the worst thing in the world.

I haven’t really been able to maintain it, but I think it’s really helped me out because I wasn’t feeling so well. I think I was having some aftermath symptoms. The combination of pounding caffeine and not getting enough sleep didn’t help. After COVID, my body really needed to recover. I was having some other issues affecting me. But Baruch Hashem [Thank God], I’ve been doing a lot better. I lost a lot of weight on keto. And it’s getting my energy levels back to normal. 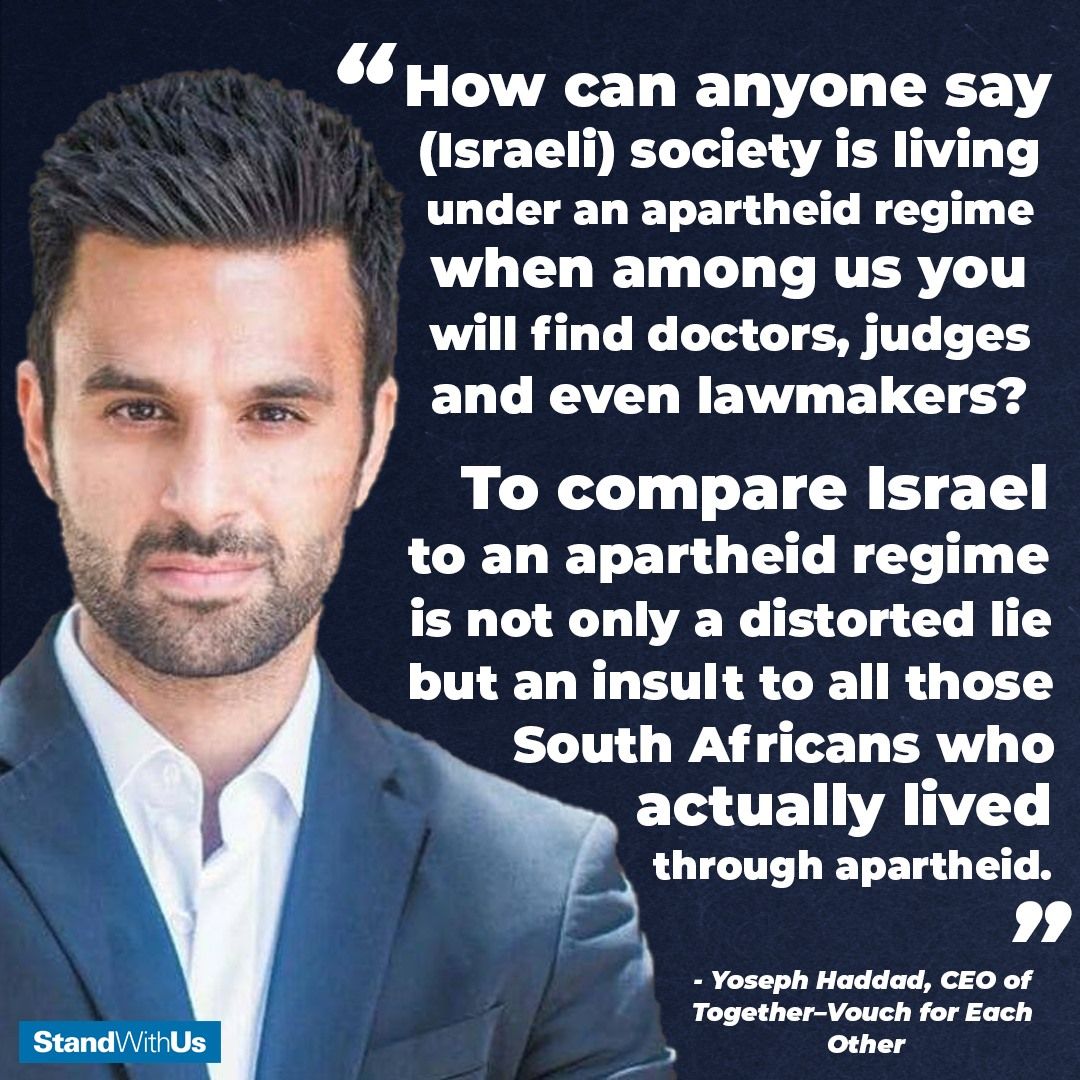 OK, so what change in Israeli laws and policies are they proposing?

OK, so what change in Israeli laws and policies are they proposing?
Click to expand...

Yeseph talks about some of it in the interview.

Among the usual concerns with crime, education, health and economy,
main focus is put on equal obligation before law to participate in national service. 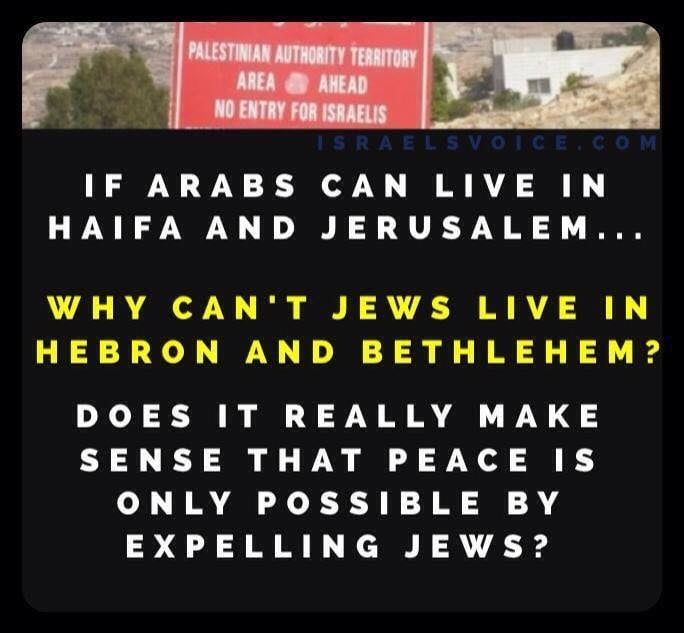 Every time Jews move to Palestine they bring Israel with them.

Every time Jews move to Palestine they bring Israel with them.
Click to expand...

How is this different from what you and Louis Farakhan say about Jews in the US?

CDZ There are TWO Genders: Change My Mind
2