FA_Q2 said:
How are any of these things unintended?

There certainly is nothing in that list that seems to be a major negative for the right. It is almost as though you are making a case for them.

Where do you get the asinine assertion that the right is ''anticipating' thousands of unwanted births?

What a silly statement. For the right, this has ALWAYS been about the killing of what they see as another person. It began and ended there for them.
Click to expand...

They do NOT "see" abortions as killing "another person".
They are brainwashed by a particular religion to claim that instead.

Rigby5 said:
Israel is opportunist and sees the chance for getting more financial aid and political support. The fact the religious right does not see that they are shooting themselves in the foot, is extremely frustrating.
I would prefer many conservative values, like balanced budgets, limited federal authority, less gun control, etc., but pressing religious values on people is illegal and very unpopular. The religious right is falling on their own sword on this.
Click to expand...

Rigby5 said:
That is essentially impossible.
No birth control is very reliable, humans need to have lots of sex in order to be healthy, and a fertilized ovum is of no more value than an unfertilized one.
But most important of all is that no particular religion's view on fertilized ovum should have any influence over what anyone else wants to do.
Click to expand...

Rigby5 said:
Sure smaller is easier to control, but by the wrong people.
That is how we had slavery, the wealthy plantation owners had total control of the southern state legislators.

And NO, states can NOT legally "write any laws they want".
That is the whole point of a republic.
The ONLY source of legal authority comes from the defense of individual rights, so then any law that infringes upon anyone, that is not justifiable due to its need in the defense of the rights of someone else, is totally and completely illegal.
That is why drug and prostitution laws are completely illegal.
They defend the rights of no one, but dictate based on subjective opinions instead.

And abortion laws are completely against the constitution because they violate the 14th amendment. State legislators have no legal standing over family planning issues, which are personal, private, and often religion based.

Clearly the anti-abortion pressure is coming entirely from religious groups, who then are essentially forcing a state religion on others.
Click to expand...

Religion is not even mentioned in all this, so you can get off of that horse.

YOU don't get to decide what a right is, the courts do. Now show me in the debates of the 14th where they discussed abortion. If a state decides that abortion is murder, then its murder period. In my state if you got drunk, killed a pregnant woman on the way home, you would get charged with two deaths: one for the mother, and the other for her fetus. Several states are the same way.
If you want representation for non-Americans, vote Democrat. If you want representation for Americans, vote Republican.

Of course we do, that's why this new ruling is making people more responsible. It's why the court ruled that every American with some exceptions has the right to carry a firearm for self-defense. After all, we use our firearms between 1 and 4 million times a year for self-defense, the defense of others, or to stop a crime. Our solution is to have at least one good guy with a gun to protect children in schools.
If you want representation for non-Americans, vote Democrat. If you want representation for Americans, vote Republican.

Think about the "morning after pill" and abortions. The U.S. spent the better part of three decades teaching school kids not much more than how to put a freaking condom on a banana. All of a sudden young babes are worried about getting pregnant when their alternative used to be to kill the life inside them? What freaking sense does that make?
S

Ray From Cleveland said:
Of course we do, that's why this new ruling is making people more responsible. It's why the court ruled that every American with some exceptions has the right to carry a firearm for self-defense. After all, we use our firearms between 1 and 4 million times a year for self-defense, the defense of others, or to stop a crime. Our solution is to have at least one good guy with a gun to protect children in schools.
Click to expand...

Not all the time, but the best solution since there is no possible way to stop bad guys from getting guns. Dementia is trying to stop the good guys from getting guns which is as stupid as stopping all responsible drivers from using their car to stop DUI injuries and deaths.
If you want representation for non-Americans, vote Democrat. If you want representation for Americans, vote Republican.

Pete7469 said:
You've got a lot of stupidity issues on top of being an asshole all the time.
Click to expand...

Just trying to help.
Why are you scared of a nuclear war? - @Confederate Soldier
The state exists to enforce the dominance of Elites: everything else is propaganda, misdirection and obfuscation
Bureaucracy stifles innovation. This is a law of bureaucracy. It is rarely broken.
“A patriot must always be ready to defend his country against his government.”―Edward Abbey, American author

WTF!
Why are you scared of a nuclear war? - @Confederate Soldier
The state exists to enforce the dominance of Elites: everything else is propaganda, misdirection and obfuscation
Bureaucracy stifles innovation. This is a law of bureaucracy. It is rarely broken.
“A patriot must always be ready to defend his country against his government.”―Edward Abbey, American author

Rigby5 said:
Abortion is still necessary, and clearly anyone who knows anything about sex would NOT recommend a different orifice.
Sperm can live for over a month.
Click to expand...

Blimey, I didn't realise the IQ around conceiving these days was so bad.
Binary thinking renders understanding impossible

Pete7469 said:
No, they just cannibalize their kids.
Click to expand...

gipper said:
The delusions and hatred posted by cons in this thread are good examples proving the success the establishment has attained in dividing Americans.
Click to expand...

I never see you criticizing Democrats.
“Marxism is the opium of the intellectuals.”

DGS49 said:
So let's see...you are an employer with a fecund woman in employ, she gets pregnant and asks for money to, in effect, kill the little rascal.

Is it cheaper to give her a couple thousand to do it, or to give her 4-6 months of PAID LEAVE to have the kid, then watch her performance and attendance go to shit for the next 18 years, as her job becomes priority #6, and taking care of the kid and everything else take the first five slots?

Paying a woman to kill her baby is bad enough, but the economics of it are crystal clear.
Click to expand...

Leftists are praising the "support for women" being shown by these companies -- but it's solely and completely a matter of the bottom line.
“Marxism is the opium of the intellectuals.” 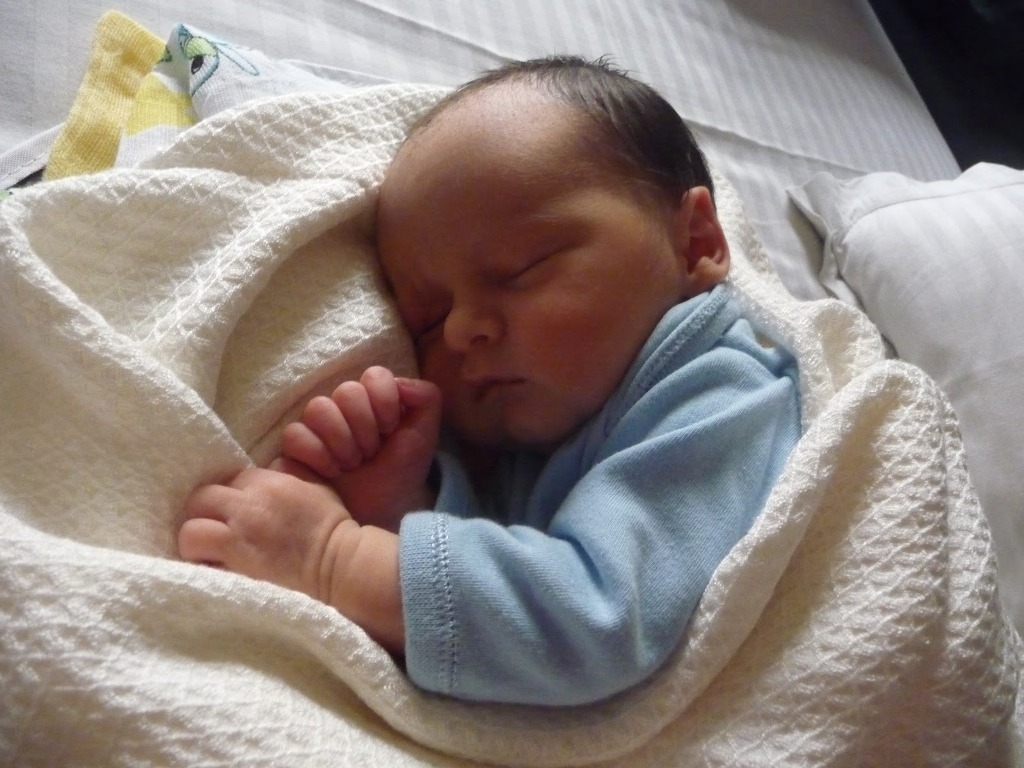 “All tyrannies rule through fraud and force, but once the fraud is exposed they must rely exclusively on force.” —George Orwell

Golfing Gator said:
If less are conceived, then there are less to be killed. But that will not increase the birth rate.
Click to expand...

Oh, so people are just going to stop having sex because they can’t kill the baby? You’re nuts.
Mac1958 - " I no longer come here to debate. It's pointless here."

Dr. Love - “The Internet is pretty much forever and your keystrokes on social media can be deleted, but not disappeared. Hopefully all those complicit will be hunted down like dogs.”

Ray From Cleveland said:
You'll never be able to wipe out liberalism. God didn't bless people with an equal amount of logic, and logic can't really be taught in schools.

The only way we would never have to deal with liberalism again is if we agreed to divide this country into two countries instead: one side for them and the other side for us. Then erect a huge Trump wall so they can't sneak into our country like they are sneaking into our states today.
Click to expand...

When the Red states are bankrupt what will happen then...

How will ye try to blame that on Demorats too..
“The great enemy of truth is very often not the lie--deliberate, contrived and dishonest--but the myth--persistent, persuasive and unrealistic. Too often we hold fast to the cliches of our forebears. We subject all facts to a prefabricated set of interpretations. We enjoy the comfort of opinion without the discomfort of thought." - John F Kennedy.

Trump - Offended by everything, Ashamed of nothing.
I

America is a friendly country as far as wanting young women to have kids. There is a lot of resistance to paid maternity leave and other such helpful programs. So more young women decide not to have kids. Then the ones against those programs wonder why less kids are being born. It's comical really.

j-mac said:
Oh, so people are just going to stop having sex because they can’t kill the baby? You’re nuts.
Click to expand...

Did you even read the fucking OP.


All of these will lead to less pregnancies, and less pregnancies means less abortions. One thing that has stayed pretty steady over the decades is the ratio of abortions to pregnancies.
“A conspiracy theorist is a person who tacitly admits that they have insufficient data to prove their points.
— Neil deGrasse Tyson
You must log in or register to reply here.

Should USMB create a entire server to Jan. 6th and persecuting republicans?

How Will States that Ban Abortions Deal With Abortion Pills Sold Online?
2

Extremism From The Pro-Abortion Crowd
9 10 11

Have gun will travel. States to export both their gun laws and their abortion laws.
3 4 5

NPR describes Biden's executive order on abortion as "limited." Has congress done anything at all?

P
WHO to Rename Monkeypox to Avoid Discrimination and Stigmatization
2

What is it about Fish Oil that works so that always decreases arthritis pain?