In honor of the comic character Tintin and the recent Steven Spielberg adapted film, I wanted to present a metaphysics tale (in the vein of The Hithchhiker's Guide to the Galaxy) about isolated ethics.

You decide how much it characterizes/symbolizes modern age middle-class ethics deterioration that newly-elected U.S. president Donald Trump actually cares about.

Hopefully, this is not some kind of 'destitution omen.'

What is America's brand of 'morality fable' for the modern age?

Tintin always dreamed of finding an ice princess but his only friend thus far was his trusted dog. Tintin was fond of reading the New York Times to discover the news and goings-on of the world, but his favorite pastime was visiting the Misty Moonlight Diner in Pittsfield, Massachusetts, where he enjoyed various treats such as spicy fries, pumpkin-spiced pancakes, quesadillas, and mushroom omelettes. Tintin would take notice of the interesting bunch of people visiting the diner.

One day, while eating breakfast at the Misty, Tintin realized that newly-elected U.S. president Donald Trump visited (with his entourage and bodyguards) for a nice New England breakfast. Tintin was sitting in a booth next to Trump's sitting section and overheard the American President talking on the phone. Tintin began ferociously taking notes, as the president discussed matters concerning ISIS with one of his 'advisors':

"Listen, Carter, I know what I'm saying! I'm enjoying this wonderful New England breakfast at the Misty diner in Massachusetts (a place called 'Pittsfield') --- I'm eating mushroom omelettes, sweet-potato fries, and drinking good coffee. I see the nice bunch of people in here eating too, and it breaks my heart to have to tell them the goings-on right now in our government. I don't want to tell the beautiful black-haired waitress (I think her name's Jane) that America is in the midst of a real political crisis! I am sure that ISIS will attack the Vatican this Halloween --- in some odd gesture meant to convey a general anti-Catholic sentiment regarding capitalism and America's ties to Israel!"

Tintin was horrified. He ran outside and hopped inside his car and patted his trusted dog on his head. Tintin decided that America was going to experience some seriously scary things regarding terrorism by fundamentalist Islamic groups and wondered if President Trump was frightened since the world (i.e., the United Nations) lacked a potent 'Big Brother' presence (or force) to handle (or 'manage') the problems regarding ISIS and anti-Western and anti-capitalism sentiments which seemed to extend to the Vatican!

Not knowing what to do, Tintin decided that the best course of action was to follow his heart and stick to what he knew was good and true and recognizable and easy! He decided to take up a job at a bank close to the Misty diner, and he started dating the black-haired waitress at the diner (Jane); Tintin decided Jane was his ice princess and that he would use his 'encounter' with President Trump to 'justify' his new Internet blogging crusade about the 'everyday humility' found in the traffic of representative American towns such as Pittsfield, Massachusetts.

My name is Tintin, and I overheard your concerns about the vulnerability of the Vatican in the wake of recent anti-Western terrorism threats posed by fundamentalist (and anti-capitalism) groups such as ISIS. All my life, I've wanted to be a romantic and adventurer, but after hearing your concerns at the humble Misty diner, I decided what I really wanted was to feel 'American.' I've decided to marry Jane (the black-haired waitress at the Misty diner) and write posts on the Internet about American idealism, so I've taken up a middle-class job at a bank near the Misty diner!"

The Adventures of Tintin (Wikipedia) 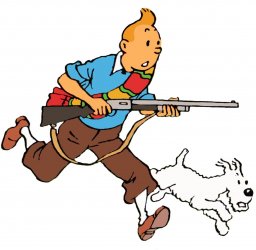 False righteousness in the last days

Trump to throw out First Amendment at Yankee Stadium next month!

What President Trump can learn from Mike Pence from the VP debate.