The Most Destructive Sin

Envy is the foundation for every governments authority. That is why I was blown away by Kevin D. Williamsons article based on the topic of envy:

Of the seven deadly sins, envy may not be the wickedest, but it is the most embarrassing. To be possessed by envy is to admit a humiliating personal inadequacy: We do not envy others those attainments that we think we too might achieve, but those we despair of ever possessing. Wrath, greed, pride, lust  all assume a certain self-possession. Sloth and gluttony are practically standard issue in times of plenty such as these. Wrath and pride are the sins of great (but not good) men. Envy is the affliction of the insignificant. It is the small mans sin.
Click to expand...

I can only add my take to Williamsons astute analysis.

Envy is also the most difficult sin to guard against. The limited government Americas founders established almost succeeded.

Remember, democracy never lasts long. It soon wastes, exhausts, and murders itself. There never was a democracy yet that did not commit suicide. John Adams
Click to expand...

Nobody seems to notice that parasites never achieved their utopian dream of a benign totalitarian government, while their champions did right-well on envy since the first government reared its ugly head:

Megan McArdle once observed that in our public discourse, very rich is defined as just above the level a top-notch journalist in a two-earner couple could be expected to pull down. There is no envy like the envy of a $250,000 man in a world of $250 million men, as Robert Duvalls crusty newspaper editor explains to a financially frustrated employee in The Paper: The people we cover  we move in their world, but it is their world. We dont get the money  never have, never will. But being in that world, they learn to covet, which helps explain why Professor Reichs old boss, Bill Clinton, ended up with $50-odd million in the bank after a lifetime of public service.


December 16, 2013 4:00 AM
The Age of Envy The most embarrassing sin produces the worst politics.
By Kevin D. Williamson

The Age of Envy | National Review Online​
Click to expand...


[ame=http://www.youtube.com/watch?v=hIaY5BHWLlw&feature=player_detailpage]Glenn Close The Paper - YouTube[/ame]​
First, the press is relatively new in the affairs of men; several hundred years at most. The electronic media is even newer; approximately a century if you start with the number of radios in households during WWI. Their combined record of service to mankind is outstanding  if you happen to be a parasite, or a tax dollar millionaire.

More to the point, whatever media workers earn they get from tax deductible advertising dollars, while the guys who own the printing presses, and the transmitters, become billionaires working for the government.


[ame=http://www.youtube.com/watch?v=NwqPBlSxb-0&feature=player_detailpage]The Country's In the Very Best of Hands - YouTube[/ame]​
Secondly, Lil Abners 50-plus million does not include Daisy Maes little nest egg. Not a penny of it would have been possible without the media.

Thirdly, I wont accuse the Clintons of stealing like honest crooks. I assume a lot of their dough comes from speaking fees, and from labor unions making block purchases of their books; the books are either given away or destroyed.

Heres the gimmick with speaking fees. Someone who knew a lot about the tax code once told me that the fees charged to hear government big shots speak are paid by corporations purchasing blocks of tickets for their top employees who are then expected to fill the room, and from wealthy individuals. Both take a tax deduction. Obviously, insider favors are expected in return. Ergo, taxpayers pay just as they pay to feed the more recognizable parts of the welfare state.

Before I am accused of being envious of the Clintons, let me point out that I harbor no ill-will against any man or woman that gets rich without feeding at the public trough. Such individuals always advance civilization, while people like the Clintons feed on civilization  for the common good of course.

Finally, Robert Duvalls napkin story in the video is interesting in that the real Picasso was a PRIVATE SECTOR billionaire. Its safe to say he did not get there with tax dollars. In addition, Picassos work will generate wealth for centuries to come, while you cannot name one tax dollar parasite whose work generates anything of value at any time.

Without envy, Democrats wouldn't have a platform.

Mangled Victim laying on the side of the road - Some guy in Caddy just ran me over.

Right Wing Apologist for the Rich - Clearly this man has Caddy Envy and hates the rich!

editec said:
Mangled Victim laying on the side of the road - Some guy in Caddy just ran me over.

Right Wing Apologist for the Rich - Clearly this man has Caddy Envy and hates the rich!

To editec: And Robert Reich is just the guy run to over the guy a second time. Please read the article after you watch the brief video:


[ame=http://www.youtube.com/watch?v=0bXrYSVFwrw&feature=player_detailpage]Newt Gingrich To Robert Reich: 'Every Major City Which Is a Poverty Center Is Run By Democrats' - YouTube[/ame]​

. . . its tedious leftist cant to insist that the only reason their policies fail is that they werent given another couple trillion dollars to pursue them more vigorously.

Reich is a hardcore socialist, and socialists lie. Its what they do. Its baked into the very essence of their being, because their philosophy assumes the absolute primacy of a wise Ruling Class elite that knows how best to arrange society in a fair and just manner. This involves the use of compulsive force to seize assets and income from their rightful owners, plus a good deal of forcing average citizens to live as the Ruling Class desires.

Gingrich: "Every major city which is a poverty center is run by Democrats." | Human Events​
Click to expand...

Wrong section. Religion is one up.
OP
F

hangover said:
Wrong section. Religion is one up.
Click to expand...

For future reference: Talking about sin, or God, is not always the same as talking about organized religion.
OP
F

Flanders said:
In addition, Picassos work will generate wealth for centuries to come, while you cannot name one tax dollar parasite whose work generates anything of value at any time.
Click to expand...

See what I mean about Picasso!


[ame=http://www.youtube.com/watch?v=jmHrLtMM97o&feature=player_detailpage]Pablo Picasso painting to be raffled off in Paris - YouTube[/ame] 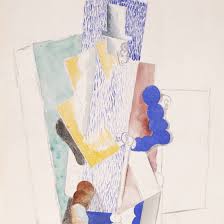 Vietnam and other combat veterans of all branches-your opinion of this documentary.

23 Vintage Ads That Would Be Banned Today

Will California secede if Don wins?
7 8 9

If you're going south of the border...

The Overturning of Roe v Wade
2 3