So Much for Obama's New Era of Responsibility

So Much for Obama's New Era of Responsibility​

By Aaron Goldstein
The American Spectator : So Much for Obama's New Era of Responsibility

What is required of us now is a new era of responsibility -- a recognition on the part of every American that we have duties to ourselves, our nation and the world; duties that we do not grudgingly accept, but rather seize gladly, firm in the knowledge that there is nothing so satisfying to the spirit, so defining of our character than giving our all to a difficult task.
-- President Barack Obama
Inaugural Address
January 20, 2009

Oh I think that, you know, as president I bear responsibility for everything -- to some degree.-- President Obama
Interview with Steve Kroft of 60 Minutes
September 23, 2012

I take responsibility. I'm in charge of the State Department's 60,000-plus people all over the world, 275 posts. The president and the vice president wouldn't be knowledgeable about specific decisions that are made by security professionals. They're the ones who weigh all of the threats and the risks and the needs and make a considered decision.-- Secretary of State Hillary Clinton
Interview with CNN while in Lima, Peru
October 15, 2012

In the 1,374 days Barack Obama has held the office of President of the United States it is clear that he has not gladly seized his duties let alone grudgingly accepted them. In that time, Obama has instead provided a litany of excuses as to why he has not succeeded in bringing about hope and change. He has at various points blamed ATMs, the Arab Spring, and the Japanese tsunami for his shortcomings.

Obama, of course, reserved most of the blame for his predecessor, George W. Bush. To this day, Obama speaks of the mess he inherited from Bush while ignoring the mess of his own making. Should Mitt Romney be elected he will inherit an even bigger mess. But you won't see Romney spending the next four years blaming Obama for it.

OK, so Obama bears responsibility for everything -- to some degree. Well, now we know it means that when President Obama gets that 3 a.m. call, it is forwarded to Secretary Clinton. Now there is no question that Hillary bears some responsibility for what happened in Benghazi on September 11, 2012. Casting blame on a cheaply made Internet video rather than calling it a well-planned terrorist attack carried out on the 11th anniversary of the attacks of September 11, 2001 by acolytes of al Qaeda is just plain inexcusable. Indeed, there is an argument that she ought to resign her office as has been suggested by our own Ben Stein (among others).

But let us never forget that Secretary Clinton serves at the pleasure of President Obama. If Hillary is telling the world that neither President Obama nor Vice President Biden are knowledgeable about "specific decisions that are made by security professionals" surely that doesn't inspire confidence.

Now I understand that President Obama is too busy to attend his security briefings and has more pressing matters to attend such as the civil war betweens divas Mariah Carey and Nicki Minaj.No doubt he will appoint Stevie Wonder as a special envoy if they can't sort it out. As for Vice President Biden, his lack of knowledge on security matters didn't stop him during his debate with Paul Ryan last week from telling the world that there were no requests for additional security in Benghazi.
[excerpt]

The US has now fallen to 7th place: It was first when he came to power.


Who couldn't see this shit coming.

The buck stops over there...

Hmm., Is that like defining "Is" like a previous president stated. As a veteran and retired executive, you must choose carefully those that you delegate certain responsibilties. It's not only their reputation but ultimately yours that also at stake. Apparently Oblamer doesn't care who he delegates responsibility to. You know like Van Jones, Cass Sunstein, and Charlene Lamb. They've all been found to be screw-ups. If you remember, Barry once proclaimed that we could all judge him by those that surround him. Well?
T

hjmick said:
The buck stops over there...
Click to expand...

You got that right.

The buck stops wherever Obama ISN'T.

I suppose you people would love it if an Attack by Al Qaeda on a foreign embassy could cause the destruction of a sitting president. I am sure they are incredibly thankful to the GOP for making their attack far more successful than they ever dreamed.


SAve the crocodile tears after watching libtards parade caskets, death tolls, and all kinds of fun slogans, merchandise.....yeah Obama lied directly to us, in a press conference, at the UN And in a debate.......not even close.......
OP

Well, funny you should mention that. Do you remember the take over of the U.S. Embassy in Iran? Then there were the bombings of two U.S. Embassies in South Africa. I don't remember any U.S. Embassies attacked successfully while Bush was in the W.H., do you? That is until Barack Hussein Obama II came along. Was there a lack of security in Tripoli and Benghazi? You only have to see the results created by Oblamer. Fast & Furious, and the al Qaeda attack on our Benghazi Consulate.He really knows how to lead from behind
Last edited: Oct 17, 2012 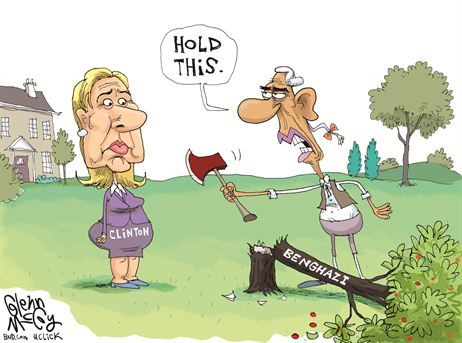 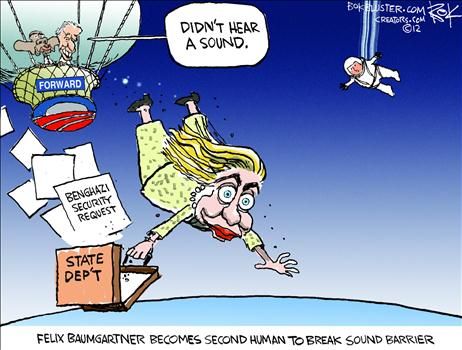 Can you make up another straw man...I need one for the end of the month.

I am afraid that the attack on the embassy only allowed the self-destruction of a sitting president.

That and a bad economy that has gotten worse.

Their attack was more successful than they ever dreamed it would be....we pulled the security.

I refuse to socially distance myself.