Donald H said:
"Russia's call for investigations will be ignored."
Click to expand...

That's being done extremely well for this war. It was practically non-existant for the Iraq war.

Chillicothe said:
.
Little harm in doing as complete a job of investigating what happened, who died, who killed 'em.
Think of it as a 'posterity' thingy. Good for good histories.
Who knows how that could be useful in the future.
Life is full of surprises.
Click to expand...

A big surprise is kept hidden. Russian soldiers will be nearly as brutal as American soldiers were in Iraq.

I say nearly because Russia has feelings for their enemy that could reduce some of the brutality. America's military hated darker skinned Iraqis and consdquently plowed thousands under the sands, that created the world's largest mass graves ever known!

Or with the Vietnam experience, America bombed hundreds of thousands of civilians both purposely and without a hint of an apology!

Can you or anyone blame America for fighting wars in which no limitations should apply?
T

gipper said:
So it’s acceptable to mass murder women and children to win a war. How fucked up is that?
Click to expand...

War Is Between Entire Nations, Not Just Their Armies

What do you think our bombers did in World War II? Grow up and accept it. The losers in that war feel the same way you do.

We need a draft. That's the only way we can stop this self-justifying propaganda preached by pacifist weaklings from trickling down on us.
On the Outside, Trickling Down on the Insiders

We Won't Live Free Until the Democrats, and Their Voters, Live in Fear

The Worthless Negro doesn't do a damn thing when Russia invades the Crimea. Just some silly reset bullshit and promises to kiss their ass more after he gets reelected.

Joe Potatohead gives Russia the go ahead to invade Ukraine and then prevents allies from sending fighter planes.

Crooked Hillary gets millions donated to her money laundering foundation after approving the sale of 20% of US uranium ore.

Hunter Biden gets multi million dollar payoff from Russia. Bag lady is the wife of the Mayor of Moscow.

The Sage of Main Street said:
War Is Between Entire Nations, Not Just Their Armies

What do you think our bombers did in World War II? Grow up and accept it. The losers in that war feel the same way you do.

We need a draft. That's the only way we can stop this self-justifying propaganda preached by pacifist weaklings from trickling down on us.
Click to expand...

Don't start sounding like you justify the crimes of war, just understand the facts and the reason for the propaganda.

And with this war, the reason why Russia could tolerate more US aggression.
B

It was Kennedy (The Real Anthony Fauci) who first warned us about intensified operations in world media by the CIA and MI6. It's not coincidence that Zelenskiy's tv-and-clown performances coincide with the stigmatization of Russia. The nazi-dem sewage slime now in the White House is a CIA puppet, not simply a catholic puppet. The other puppet is Zelenskiy, though the deception pivots at this point. Ukraine itself is the CIA $1,000-a-night-hooker in decadent, downtown Kiev, this agency having molested the country for the last 70 years. Though Zelenskiy's puppetmasters link to London cocaine.

"Zelenskiy is now completely under the control of British special forces. His guards are all British. If he says anything that the British do not tell him to, he will be destroyed on the spot. And he knows it. And Britain needs eternal war in Ukraine, eternal chaos, so that the Russian people on both sides kill each other for as long as possible."
(Anonymous internet poster)

These accelerated, dipshit moves by this nazi-dem administration mirrors the dipshit, accelerated moves by Ukraine to find the culprits of the Bucha massacre, and mimicking that acceleration, the UN General Assembly witch-hunt.
S

gipper said:
You haven’t thought this through. If Putin is found guilty of war crimes, than what about W and O who committed far worse?

This is why the US government has failed to recognize the authority of International Criminal Court.

No nation has committed greater crimes against humanity these last 30 years than the good old USA.
Click to expand...

Right before Dubya invaded Iraq they passed the Bomb the Hague Act. The US is immune to war crimes.

surada said:
Right before Dubya invaded Iraq they passed the Bomb the Hague Act. The US is immune to war crimes.
Click to expand...

How convenient. The world’s greatest war criminal gets full immunity. Not good.
Why are you scared of a nuclear war? - @Confederate Soldier
The state exists to enforce the dominance of Elites: everything else is propaganda, misdirection and obfuscation
Bureaucracy stifles innovation. This is a law of bureaucracy. It is rarely broken.
“A patriot must always be ready to defend his country against his government.”―Edward Abbey, American author
C

JLW said:
The House on Wednesday passed a bill that would direct President Biden to prepare a report on the government’s efforts to collect and examine evidence related to war crimes and other atrocities committed during Russia’s invasion of Ukraine..... 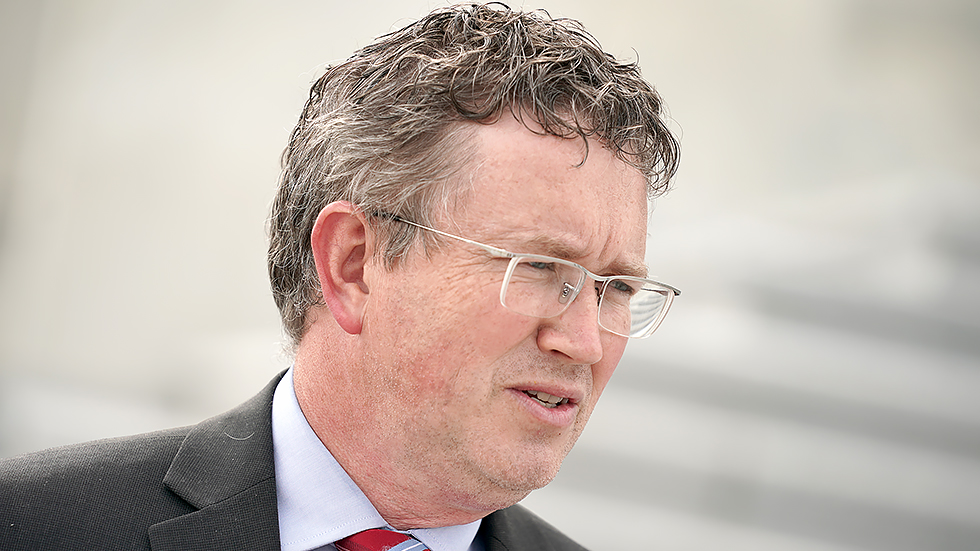 This is the heart of the new GOP folks. Covering up war crimes for Putin and Russian troops. Yeah, we know where their loyalties lay.
Click to expand...

Lets assume that we do the investigation (not sure how in the middle of a hot war but lets just assume) and we find that Putin is guilty of every human rights violation and war atrocity known to man. Then what? How does focusing on this now change anything or help anyone?
You must log in or register to reply here.

We need a new "Anything but Red or Blue" nationwide campaign.

The Truth, The Whole Truth and the Absolute Truth!
2 3

Congress to award Congressional Gold Medals to Police Officers for 1/6; 21 Repubs vote against
22 23 24

BREAKING: The bastards finally got to Salman Rushdie