Response to a youtube on Growing Generational Wealth Gap.

The video is located on Youtube as The Growing Generational Wealth Gap.

I didn't post the video here directly, because the important part for me is what wasn't in the video, even though it made a few ridiculously stupid, and some interesting points.

So the premise of the video, is that if you chart on a graph, how much of the wealth of the country each generation owned at a given age... you will find that Baby Boomers owned a larger percentage of the national wealth, at the age of say 30, than Gen X. And Gen X owned more of the percentage of countries wealth, than Millennials did, at age 25.

So if my father got one slice of pie, when there were only two pies... and I got two slices of pie, but there were 10 pies.... my father's percentage of pie would be larger, even though I actually got much more pie.

The video actually got this right, by pointing out that even if Gen X and Millennials are earning and gathering more total wealth than the Baby boomers did when they were their age.... because the amount of wealth in the entire country has dramatically increased, the percentage of the wealth owned by Gen X and Millennials will be smaller, even though they are in fact doing better.

However then the video jumps into the stupid end of the pool, by complaining that baby boomers are sitting on their wealth, which prevents Gen X and milllennials from getting wealthy. The video even said that Gen X and Millennials pretty much have to wait for baby boomers to die, so that the wealth can be freed up, and passed on to the next generation.

This is a ridiculous complaint that utterly fails to understand the basics of wealth creation and destruction. Wealth is not static. It is created and destroyed constantly.

Baby boomers are not hindering anyone from becoming wealthy, because wealth itself is created. That's why the wealth of the US in 2020, is higher than that of the 1950s, or any time in the past.

It is that simple.

However, the biggest problem I found with the video, was actually some of the ignorant comments posted. One comment said that the people of the 1970s were better off, because you could work and afford a house by age 25, whereas millennials are finding they can't afford a house until they are 35.

Aside from the fact that absolutely no one I have ever met, said the 1970s with the misery index, and stagflation, thought the 70s were better than the 80s or any time thereafter...........

The stupidity of this comment, is that it ignore moral and cultural differences between the generations, that absolutely do matter, and make a difference. For the sake of simplicity, I'll use my own parents for example.

1. In prior generation people got married younger. My parents were married at 23. The average marry age in the 1970s was 22. Today the average is 29, and many people are waiting until they are 35.

That matters. Married people do better in school, better in college and university, and do better in their careers, and they earn more money.

Married men earn almost double what single men do, at the same age. Married women earn more than single women too, but not nearly as pronounced as men, which is nearly double at all ages.

It's just a fact. People who are married do better than those who don't. And if you are single, and earning half the income of married people, then don't be surprised you can't afford a house at the same age your parents could.

BTW, single means with or without girlfriends. Playing house, and shacking up, does not give you the benefits of being married. You are either married or you are not.

2. The prior generation worked more, and worked during college and during university. Both of my parents worked full time jobs, while going to college and university. In fact, this is how they met, and ended up getting married, is because they worked at the same job, even though they were going to different schools.

Today, Millennials don't want to work, while going to school. But working is how you move up the income ladder. 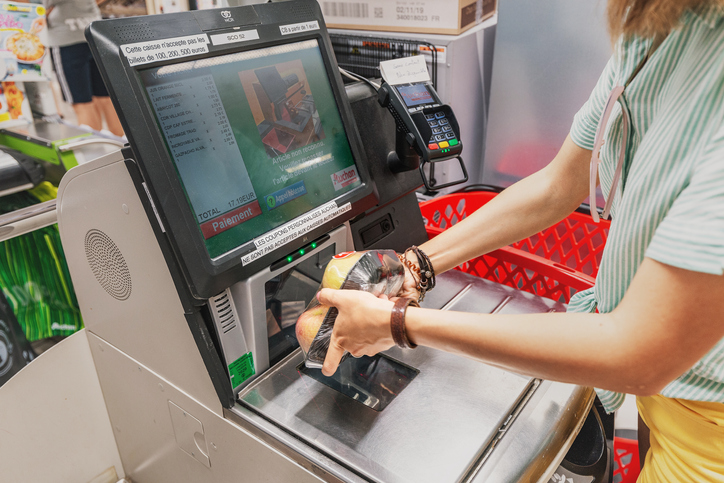 Most college students work, and that's both good and bad

The vast majority of college students today work, but their motivations and experiences vary widely based on demographics.

Yet what they have shown repeatedly is that people who work while going to college, earn more money later.


In a study of more than 160,000 students at a public university, those who held a part-time or full-time job while going to school averaged post-college earnings up to $20,000 higher than classmates who did not work in college.​
And why is that? Because work experience matters greatly. People who have experience, and references, have a huge head start on someone who comes out of college, never having worked a full 8 hour day anywhere in their life.

So the prior generation had a huge leg up on Gen X and Millennials, because they worked. The came out of college, higher on the income ladder than those who didn't.

3. The prior generation didn't blow their money on crap. This is very important. You have Millennials with full cable TV packages, internet services, a new car, smart phones with unlimited data packages, and they go to Starbucks every single morning, to buy a $5 cup of coffee. And then they want a top of the line house, with 5 bedrooms, and central air, and wired for cable in every room.

My parents never did that. Growing up, we lived a house that by today's standards was a shoe box, didn't even own a TV, let alone cable, and didn't have central air unless you counted a desk fan. They bought used cars, which included a 1970s Datsun pickup truck. And coffee was a tin from the store that cost a $1, and lasted a month, not a $5 every single morning at Starbucks with 1 lbs of sugar in it.

Shockingly my parents, because they didn't blow all their money on crap they didn't need, were able to afford a house.

The problem today is that, Millennials want to blow all their money on a new car, and the latest smart phone, and Netflix, and high speed internet, and get a house that is $200,000, with every possible amenity they could dream up... and then are shocked they can't afford it.

And people who complain that in the 1970s they could get a job and could afford a house.... are comparing Apples to Oranges, and then whining they taste different.

And in conclusion, all those things matter.

Then people are comparing the two, as if different generations with different moral and financial values, should NOT have different results.

First point is wrong. Wealth isn't a pie. If I get two slices, it doesn't mean someone else goes hungry.

Wealth grows organically and the vast amount of wealth on this planet is generated through intellectual property, not commodities.

The largest share of today's wealth was created, literally out of nothing but brain and imagination. 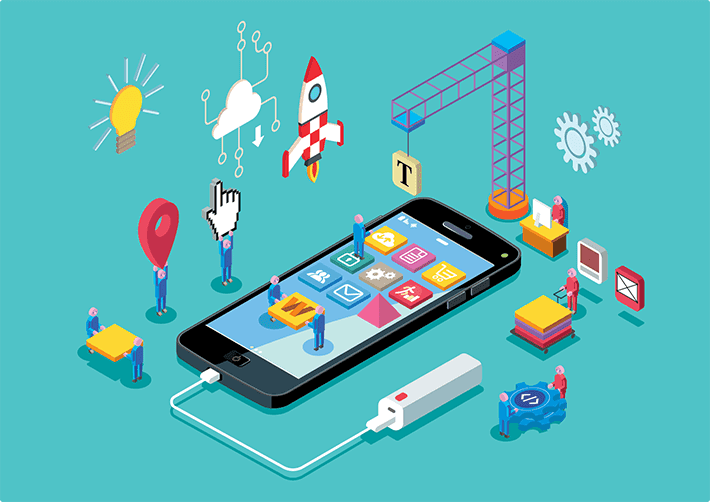 First point is wrong. Wealth isn't a pie. If I get two slices, it doesn't mean someone else goes hungry.

Wealth grows organically and the vast amount of wealth on this planet is generated through intellectual property, not commodities.

The largest share of today's wealth was created, literally out of nothing but brain and imagination.

Yeah, they went about it a different way, but that was the point the video made, that was correct. The size of the pie is larger. There is more pie today, than in the past. Which is what you said... more wealth is created.

They ironically made the exact opposite point later in the video, where they said the baby boomers were just sitting on the wealth.

They said we have to wait until they die off, and pass the wealth on generationally..... which as you just pointed out... is stupid.

I'm surprised they made contradictory points within the same video. Very odd. I'm rather baffled they couldn't even see their logical contradiction, even when being just minutes apart.

People have funny ideas about what wealth is. Most people envision it like this ... 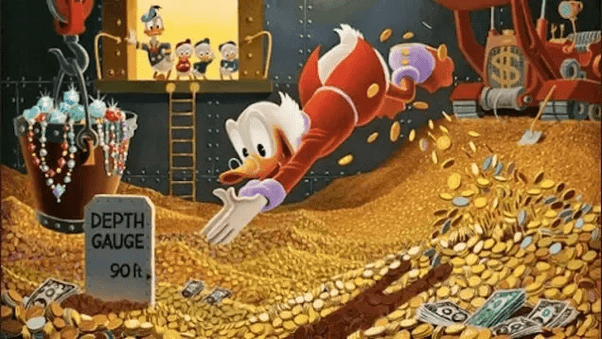 When, in fact, Scrooge McDuck would have impoverished himself if he swam in his holdings rather than investing them.

Sitting on wealth, is the surest way known to man to go broke. 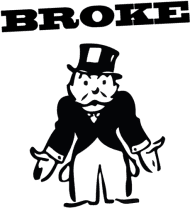 One grossly inaccurate (and dangerous) ideas about wealth and value, which is still being taught at places like Harvard and the London School of Economics, is Marx's "Labor Theory of Value" which, put simply is, the value of something is equivalent to the labor that went into it.

By Marx's theory, a ditch and a Jackson Pollock painting are of equal value because the amount of labor that went into them was roughly equivalent.
OP
A

fncceo said:
One grossly inaccurate (and dangerous) ideas about wealth and value, which is still being taught at places like Harvard and the London School of Economics, is Marx's "Labor Theory of Value" which, put simply is, the value of something is equivalent to the labor that went into it.

By Marx's theory, a ditch and a Jackson Pollock painting are of equal value because the amount of labor that went into them was roughly equivalent.
Click to expand...

Yeah, it's insane. My favorite response is, if the value of labor, is the value of the product minus the cost of goods.... which is nuts.... is when the product drops in value, as nearly all products do.... does this mean that wages to employees should be cut?

Of course they don't support that. When their logic is used to it's conclusion, suddenly they don't like the Labor Theory of Value, when it means wages would go down when the value of the product drops.
You must log in or register to reply here.

The enthusiasm for Trump vs Biden

Biden Transition: We have no need to speak to One Term Loser. He can stay in his bunker

Antifa/communism is a perversion of christianity?

So how do you plan on cooking your Turkey this ThanksGiving ?