More Blunders showing up after the Former Administration is Gone

PBS will have to replace CNN for serious REAL news. PBS reports Syria is using chemical weapons again, most likely Sarin and Assad is most likely the one using it.
SO much for former administration claiming it removed all chemical weapons.
PERHAPS BECAUSE Dems and liberal media brainwashed everyone in claiming Iraq never had chemical weapons(WMD).
I always reasoned: then why would they have all that anti chemical-syrum antidotes? How come they had plenty to wipe out numbers of Kurds and Shiites with and suddenly you say there are none?
How come Israel Intelligence and I scream from the roof tops that they smuggled it into Syria for hiding and safe keeping and yet Dems still insisted to turn
"A BLIND EYE"?
See, say it enough times on major news and everyone believes your propaganda which was "used to demonize Bush and the Republicans" for sake of political gain but not in truth as we see now Syria has these chemical WMD all along.
Syria didn't get rid of all the chemicals because Dems said the Iraqi portion never existed. So lying and blunders just cost more innocent people a tortured chemical death, and they have the nerve to fake concern for Syrian refugees(because it's a political posteur).
Wake up Liberals, it's ok to be for tolerance and protection of people's rights, but not by being intolerant and everything you hate and that's evil in trying to do so.
Proving that affiliation pride in politics is like that in Religion, makes people do deep rooted evil things in the name of the group, and accept evil from their group for sake of that pride and gang affiliation. 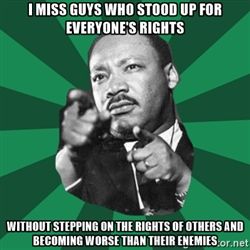 A person would have to be BRAIN DEAD to believe that the CHEMICALS were all
cleaned out. ------it's up there in them thar HILLS between Lebanon and Syria in
STEEL WALLED BUNKERS ------hewn in rock. They got all kinds of crap ---
even Nitrogen mustard gas and biologicals. -------IRAN FUNDED THE BUNKERS AND DIRECTED THEIR CONSTRUCTION--and nuskharahallah got the keys -------Saddam supplied the chemicals and Iran the weapons. Russia helped
I

THE USE OF MUSTARD GASES IS A WAR CRIME
OP

I really think CSpan and PBS can be a big service to the community by taking the reins mainstream media has inadvertantly handed them, and just run with their "real news"
"real sources" No reporter affiliated opinions .
But then Soros or some progressive would dump money into PBS not for the tote bag, but to have them indebted to their whims.
You must log in or register to reply here.

Thanks To Obama, ISIS Now Has Chemical Weapons

When Will FBI/DOJ Start Using Photos To Bring Violent Antifa/BLM Terrorists To Justice As They Are Doing With Capitol Rioters?
2

D
Proof that the covid vaccine is a placebo and does not prevent covid, 8 vaccinated Yankees test positive
2