Hello. I'm not sure if Hip-Hop is full of child predators, though in this disturbing broadcast, an apparent emotionally troubled Chicago woman's asserts large numbers of CHILD MALTREATING, NEGLECTING MOMS are FAILING to protect our Nation's most precious and cherished assets from sexual predators!


ALSO, based on decades of evidence, one FACT about Hip-Hop I am absolutely certain of.

MANY artists, THROUGH NO FAULT OF THEIR OWN, are victims of our Nation's unhealthy, potentially life scarring THUGLIFE Child Care Public Health Crisis that caused Child Abuse victim Tupac Shakur to permanently scar his once NEGLECTED hurting "hungry" belly, with his often misinterpreted, much ignored T.H.U.G.L.I.F.E. Child Abuse, Emotional Neglect, Abandonment & Maltreatment *AWARENESS-PREVENTION* Public Service Announcement applying to American and foreign born citizens of ALL backgrounds: 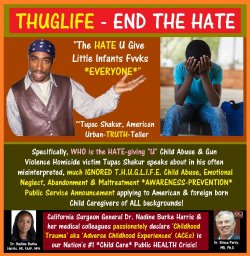 ​
Another thing I am absolutely certain about: 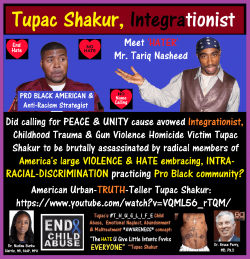 ​
Lastly, there is GOOD NEWS: 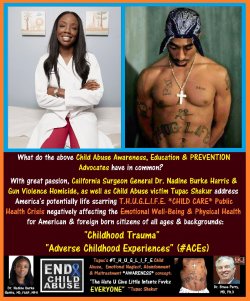 ​
Peace.
You must log in or register to reply here.

10 year old girl on America's Got Talent blows them away.