Is Duck Dynasty the beginning of a Hot Religious War?

Location
In a dependant and enslaved country.

Communist takeovers of nations throughout history have always targeted and banned religion, especially Christianity. In North Korea today, people are executed for even possessing a Bible.

The details of religious annihilation --- the forced practicing of atheism of previous Communist Empires need not be discussed --- as it's well know.

In the United States today, with the passage of the NDAA, totalitarian spy networks, allowing boys to use girls bathrooms, militarization of the police forces, the paramilitary besiegement and occupation of Boston, the imperial arrest and seizure of Adam Kokesh, --- and ... many many other troubling signs of the United States Constitution being usuurped and replaced by Despotic Doctrines and the Presidency having fully abosrbed all powers of Congress, we must wonder ...

Are they finally coming for religion --- Christianity in particular? Is the Duck Dynasty controversy (which honestly appears to have been a trap/setup) an experiment testing the religious attitudes and backlash of Americans, are they seeing if we're ready to submit?

Are they preparing for an Atheist War, through proxy organizations that aren't subject to Constitutionalists limitations?

When it happens...I will fill out my application to join forces with the duck commander....The Libs can have Pajama boy lead them.......

This Duck Dynasty should get 1st Amendment Man of the Year from Time Magazine.

The East and West coast Libs against the Midwest and Southern forces...Nice!

We will be fortified by Tickle and his Moonshine makin boys from the South.
The East AND West going with Starbucks Cappuccino low fat soy milk coffee...

Watch out! Us Florida libs will be on your left flank. Don't pee your panties, loser.

LoneLaugher said:
Watch out! Us Florida libs will be on your left flank. Don't pee your panties, loser.
Click to expand...

What combination of christian dominionist brainwashing, alcohol and excessive paranoia makes what is turning out to be a slick publicity stunt into the opening shots of a holy war? Things like this makes baby Jesus cry.

And we will have the mighty duck on all our banners....

occupied said:
What combination of christian dominionist brainwashing, alcohol and excessive paranoia makes what is turning out to be a slick publicity stunt into the opening shots of a holy war? Things like this makes baby Jesus cry.
Click to expand...

I think the baby Jesus will be fine....

OP- Nope, just the loudmouth redneck ignorami that make up 22 per cent of the USA, and half the GOP...Change the channel lol.

I think we will have the support of Vince McMahon and all the wrestlers from the WWE... Led by Triple H
And Stephanie McMahon Helmsly... I like our chances.
Last edited: Dec 22, 2013
K

Not so much a religious war but it might be an awakening as to what happens when people do not stand up. Christians have been lazy. They relied too heavily on the Constitution and its protections forgetting that the Constitution has to be fought for over and over again.

Not only Christians, but conservatives have sat back and let political correctness run amok. Language itself is being confined in smaller and smaller applications with the absurd conclusion that saying that black people were happy is now a racist accusation.

The United States is rapidly becoming a very twisted social construct as envisioned by Salvatore Dali. It needs to be reintoduced to reality and a resurgence of Christianity may do it.

francoHFW said:
OP- Nope, just the loudmouth redneck ignorami that make up 22 per cent of the USA, and half the GOP...Change the channel lol.
Click to expand... 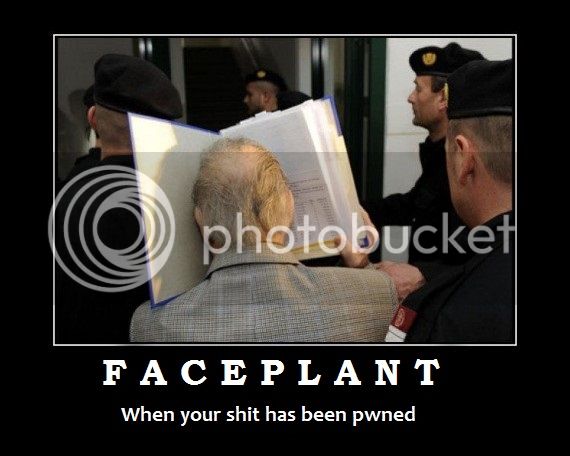 Maybe we can persuade "The Rock" to join us....
He does possess the awesome power of the people's elbow! Killer finishing move.

Is Duck Dynasty the beginning of a Hot Religious War?

Only if Obabble makes buggery a prerequisite for health care.
You must log in or register to reply here.

Can we talk about the connection between Obama and the unemployment rate?

Democrats backing off idea of expanding the Supreme Court.
2

J
If's there's fraud in the electoral process of a Biden victory then Trump should not leave office.....

There's not much we white people can do to solve black people's problems...
2 3