Opportunities abound for negotiating a better NAFTA. As the Trump Administration pushes for modernization, one commonsense policy area that should be preserved and improved is energy. 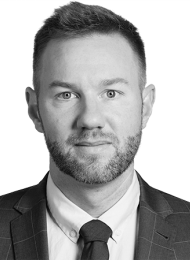 Opportunities abound for negotiating a better NAFTA. As the Trump Administration pushes for modernization, one commonsense policy area that should be preserved and improved is energy. Canada and Mexico are two of America’s most important trade partners in energy markets. The Trump Administration should build off that success. Strengthening the integration of energy markets among the three countries will unleash the massive amount of energy abundance in North America.

Join us as we hear from experts on how enhancing energy trade with Canada and Mexico will result in more jobs and affordable power for American households and help achieve the Trump Administration’s goal of energy dominance.
O

The US needs to build grids to where the energy is at. We have enough potential wind and solar to power this nation many times over. Texas is showing the way with their innovation in putting grids to where the energy is generated. Hawaii has demonstrated how solar with grid scale battery storage can lower energy costs, and make a community independent of fossil fuels.Wyoming, the Dakota's, and Eastern Montana have enough wind to power the whole nation. The southern tier of state has enough sunshine to do the same. Today, we have EV's that are almost 100% built of materials from right here in the US by a US company. All the truck building companies are coming out with electric powered trucks. We really don't need to import energy from any nation. In fact, we should be exporting energy, and enjoying the profits from that.
You must log in or register to reply here.

Seriously, what has Trump accomplished?
2

Is partition of the United States inevitable?
2 3 4

Racists. Either find a new line of work or control your impulses.
2 3