A new paper out this week send the climate sensitivity rating into the cellar. it reduces it by half on the high end and is relatively zero on the low end. Bishop Hill's article put this in perspective quite well.. And it is not good news for alarmists..

Over at Climate Audit, Nic Lewis reports on the publication of a very important paper in Journal of Climate.

Bjorn Stevens has created a new estimate of the cooling effects of pollution ("aerosols") on the climate. Readers will no doubt recall that to the extent that aerosol cooling is small the warming effect of carbon dioxide must also be small so that the two cancel out to match the observed temperature record. Only if aerosol cooling is large can the effect of carbon dioxide be large.

Stevens' results suggest that the aerosol effect is even lower than the IPCC's best estimates in AR5, which were themselves much lower than the numbers that were coming out of the climate models. He also suggests that the number is less uncertain than previously thought. This is therefore pretty important stuff.

Stevens chose not to calculate the effect on climate sensitivity but, being a helpful chap, Nic Lewis has done so for us, plugging the new numbers into the equations he recently used to calculate a decidedly low estimate of climate sensitivity and transient climate response based on the AR5 estimates. The effects, particularly on the upper bounds, are startling:


Remember folks, the IPCC's official upper bound is 4.5°C, but Stevens' results suggest that ECS can't be above 1.8°C.

The amount of warming CO2 can induce in the atmosphere is 1.8 Deg C maximum per doubling but empirical evidence shows that to be much less, near zero.

So, how many beatings from a blogger is this? A few thousand now? Oddly, the real science hasn't noticed the beatings.
OP

So, how many beatings from a blogger is this? A few thousand now? Oddly, the real science hasn't noticed the beatings.
Click to expand...

Funny;
Again you attack the source rather than focusing on the science presented... Left wing hack..nothing more and absolutely no credibility.

Your IPCC God has just been crushed by real science which shows that the Gloom and Doom Death you all preach is a bunch of BS... As you waste away into oblivion and useless irrelevant droning...

Your ignorance is stunning.... well not really, its what we have all come to expect from you..

How many terms are there for this bullshit now... six?

So, how many beatings from a blogger is this? A few thousand now? Oddly, the real science hasn't noticed the beatings.
Click to expand...

You can always counter the argument by showing your lab work

I've given you a hundred papers before. So why are you lying about no lab work?

Seriously Frank, your pathological lying gets old. What do you hope to accomplish with it? Telling big lies on a message board isn't winning any converts for your cult.

When is anyone influential going to take this seriously?

My answer...when algorest forget trying to pyramid this scam into a personal fortune. Crooked assholes.

Has it occurred to anyone that "messing with Mother Nature" might also include the presence of wind turbines that remove millions of units of horsepower from naturally occurring weather events? Or solar panels that divert radiant heat? We are fucking Peter to pay Paul.

It occurred. And was discarded, since it made no sense. The energy removed is too insignificant to matter, and always eventually returns as heat anyways.
OP

Porker said:
One of the comment following the article...

When is anyone influential going to take this seriously?

My answer...when algorest forget trying to pyramid this scam into a personal fortune. Crooked assholes.
Click to expand...

Save up your ferver for Barack Husein Obama's EPA... Yes the new CPP..

The Clean Power Plan (CPP), more formally named the §111(d) rule, Carbon Pollution Emission Guidelines for Existing Stationary Sources, calls for a 30 percent reduction in power plant emissions by the year 2030. The CPP sets specific CO2 reduction targets for each state, based on four building blocks: 1) improved efficiency of coal-fired power plants, 2) increased use of combined cycle natural gas power plants, 3) increased use of renewable and nuclear energy, and 4) increased energy efficiency by consumers and businesses. But the main thrust of the proposal is the shut-down and replacement of coal-fired power plants, which now provide about 40 percent of US electricity.

There are three major strikes against the Clean Power Plan. First, the authority assumed by the CPP is not granted to the EPA by the laws of the United States. Second, efforts to try to implement the CPP will degrade the finest electrical system in the world, hurting consumers and businesses. Third, if implemented, the CPP will not have a measurable effect on global warming.
Click to expand...

As one person puts it in the comments section;

Rate of temp rise assuming CO2 cause of all warming instead of 10 degrees of it that those scientists you love to talk about is 33/85 per percent IR intercepted.

Problem is that I’m not gullible, I don’t believe everything I’m told, very simple sanity checks like this one fail to substantiate those statements, until those august bodies address why, I think I have to assume they are WRONG.

This very basic parametrical check on warming shows that for the IPCC to be right, warming would have to be 20 times the rate in the future than the earth has seen so far – pretty unlikely.

Meantime you implicitly are advocating policies that would cut CO2 to 270 ppm, halve food production and freeze half the nothern hemisphere in a world of 6+ BILLION people (assuming that CO2 is the control knob you think it is). The famine your policies would cause would decimate life on the planet and perhaps kill almost 50% of all animal life on the surface. Seems a little extreme to me…
Click to expand...

The last paragraph is paramount in the above... killing off 50% of the populace has been a left wing wet dream of the One World Government, IPCC, UN socialist elitists for decades...

mamooth said:
It occurred. And was discarded, since it made no sense. The energy removed is too insignificant to matter, and always eventually returns as heat anyways.
Click to expand...

Magical heat... irrelevant until it magically needs to reappear by alarmist morons command! 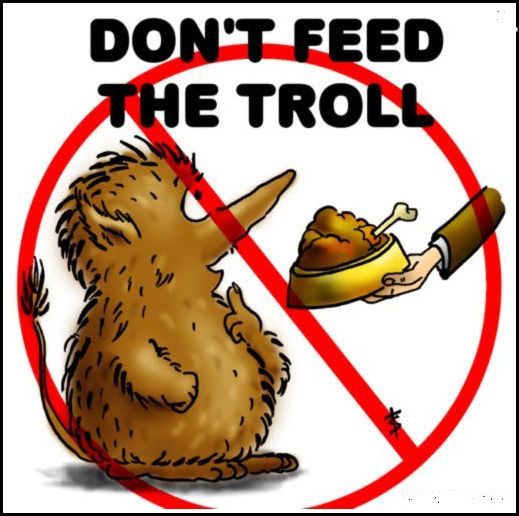 Mr. H. said:
How many terms are there for this bullshit now... six?

A convenient Lie
I

Nic Lewis actually got the IPCC to publish a corrigendum to AR4 on climate sensitivity. Their statements were still wrong but slightly less wrong.

The last time I brought this up Crick's only defense was to call Lewis 'unemployed'. Hahahaha. Too bad there aren't more retired amateurs taking up climate science and working to fix the many obvious mistakes in the IPCC reports.

Mr. H. said:
How many terms are there for this bullshit now... six?

Hotter 'n hell.
You must log in or register to reply here.

What the earth would look like if the ice melted

The "Science is settled" narrative is STOOPID

Remember when Kumala harris got destroyed in 4 minutes by not totally woke by Gabbard?
2

Kamala and the Biden tapes