Can Federal And State Legislators Be Prosecuted By We The People For Breaking Article 1 Section 4 Of Us Constitution ?

" Can Federal And State Legislators Be Prosecuted By We The People For Breaking Article 1 Section 4 Of Us Constitution ? "

One should under stand that impeachment from us house of representatives is a civil infraction , as determined by preponderance of the evidence and not determined by without a reasonable doubt , and thereby one can not declare another individual guilty of a crime , with purposes of defaming them for being found liable in a civil contest without subjecting themselves to libel or slander .

The formal proceedings for a criminal trial of legislators is managed by us senate and over seen by us supreme court .


* Direct Elaboration On Bending Versus Breaking An Amalgam Of Law *

Article I Section 4 | Constitution Annotated | Congress.gov | Library of Congress
" The Times, Places and Manner of holding Elections for Senators and Representatives, shall be prescribed in each State by the Legislature thereof; but the Congress may at any time by Law make or alter such Regulations, except as to the Places of chusing Senators. "

Where an affirmative answer to a question won is yes , an offensive action entitles we the people to hold federal and state representatives accountable for those civil offenses committed against the deontology of legislated law that is article 1 section 4 of us constitution .

Which reasons are valid to prosecute the huff and puff paranoia applied by self aggrandized despots internal to us house and us senate who convinced themselves of an entitlement to disavow the deontology of written law ?

Any citizen may bring forwards a complaint and a grand jury of private citizens can be convened with notice to state and federal magistrates and a precedence can be set where evidence of statutory crime has been committed by any against the republic .

It should be noted that left wing minds embrace consequentialism with prejudice against deontology .

Those wield behaviors of which minds of the left are capable is clearly evident from the litany of offenses and disregard for article 1 section 4 of us constitution . 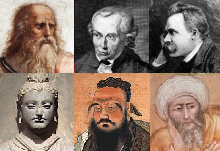 * Opining For Reasons To Proceed *

My opinion would be that we the people are entitled to prosecute legislators , if no other purpose than as a censure in their public office records , where legislators failed to prosecute public officers of the state , such as secretaries of state and judicial positions , which broke and dispatched enforcement of article 1 section 4 of us constitution , whereby elections were conducted in a manner violating unmodified statutes stipulated by requisite legislative proceedings , in accordance with any election process deemed to be a valid election had to occur in the manner prescribed by stated law , irrespective of the outcomes ( such is why republicans voted on election day in person ) .

We the people are a fourth branch of us government with a capacity by means of private grand juries ( private prosecution was the principle means of prosecution at one time ) to prosecute representatives of government for failing to fulfill responsibilities directed by lawful statutes , namely for their not prosecuting public officials which violated state law .

Where is it stated in nvra that individuals must be us citizens to vote an not simply be able to vote because they were issued a drivers license as foreign nationals should not be allowed to vote in us elections ? ! 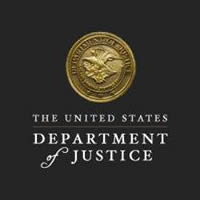 Right now....we know of numerous times where state and also federal prosecutors PURPOSELY LIED and MANUFACTURED EVIDENCE to convict many many defendants.....

It is one of the core principles behind judicial and police reform movements....but the people who started these movements are demonized....demonized by pussies like you

* Blurred Vision Of Chimp Out *

Biff_Poindexter said:
Right now....we know of numerous times where state and also federal prosecutors PURPOSELY LIED and MANUFACTURED EVIDENCE to convict many many defendants.....
It is one of the core principles behind judicial and police reform movements....but the people who started these movements are demonized....demonized by pussies like you
but because your fragile minded bitch ass lost ONE ELECTION -- now you want to prosecute state legislators -- and you wonder why we mock you morons
Click to expand...

The BLaMe movement to castigate the evil whitey scapegoat is the mantra an idiot left has given blacks to prove themselves as useful idiots in the game of political power grabs , as the left convinces the public to ignore that whites are victims of black crime far in excess of the converse - https://www.bjs.gov/content/pub/pdf/htus8008.pdf ( see pages 12 and 13 ) .

The deviant bastards violated the constitution ; inputs by BLaMe advocates , who by and large lack the acuity of independent thought to support the necessity for the constitution , and who want to make it about race for their own power play , are not worth considering or even related with the objectives recommended in this thread .
You must log in or register to reply here.

*WHo Shot The Retired Military Girl In The Neck?*

Wealth Tax: Yeah! Why do Warren Buffett and Bill gates need so much money in their Trust?