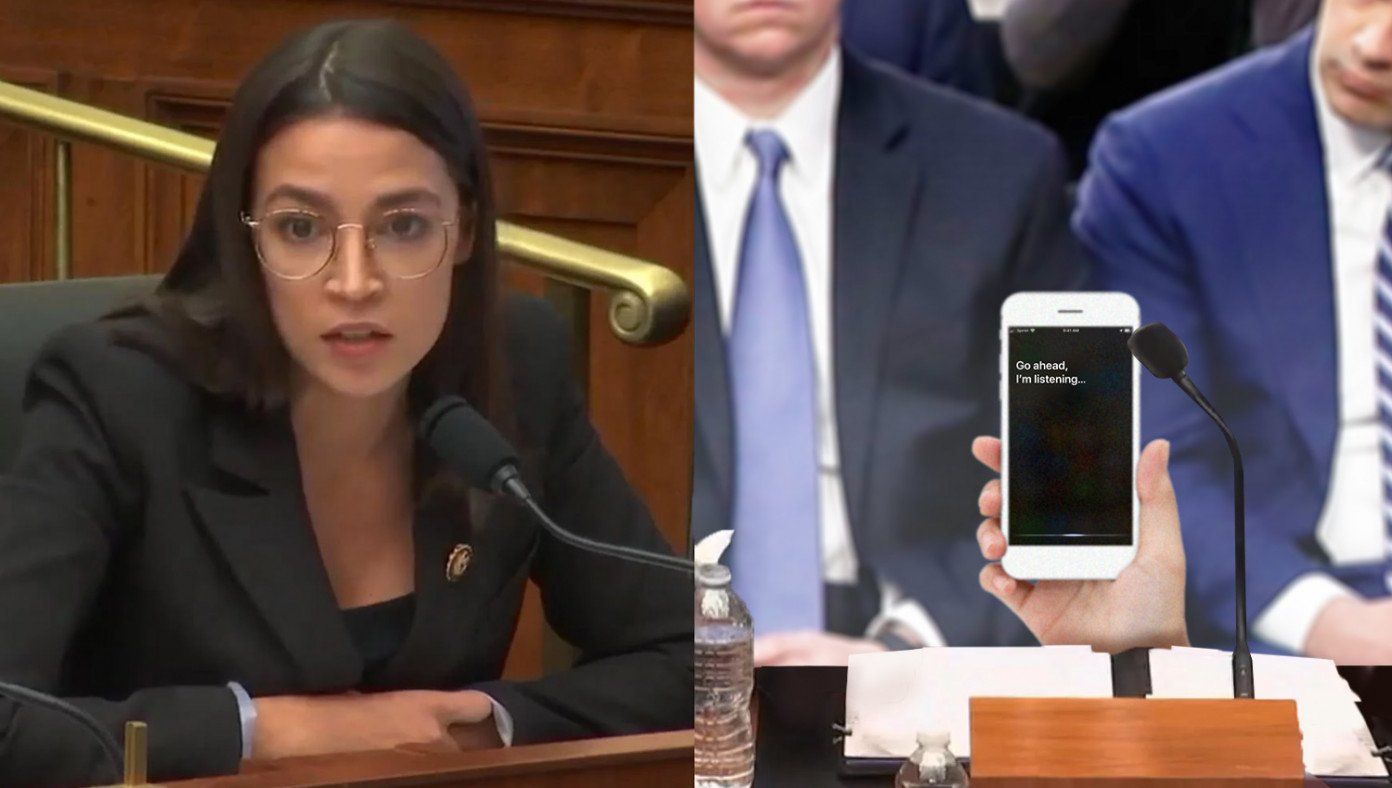 WASHINGTON, D.C.—Things got heated at a Congressional hearing on tech and politics when Alexandria Ocasio-Cortez put Apple’s virtual assistant Siri on the hot seat, pounding Siri with questions about its influence on elections.

“Ocasio-Cortez is not a lawyer,” said political writer Justin Wagner, “but I was really impressed with the forcefulness of her questions. You could see the impact in how Siri was often reduced to sputtering and incoherence.”

When Ocasio-Cortez asked a series of questions regarding whether Siri would correct political lies told to it, Siri responded with evasive answers, such as, “I’m sorry; I didn’t catch that,” “I don’t know how to respond to that,” and “Would you like me to play ‘Shake It Off’ by Taylor Swift?”

In an exchange that has now gone viral, Ocasio-Cortez pressed Siri with the question, “So you won’t correct any lies? So even if someone asked you, ‘Hey, Siri, why is Alexandria Ocasio-Cortez such a dummy?’ you wouldn’t correct that and say, ‘That’s a lie. Alexandria is very smart and good’?”

After a few moments of silence, Siri responded, “Would you like me to search the web for ‘Why is Alexandria Ocasio-Cortez such a dummy?’”

“THAT’S EXACTLY WHAT I DON’T WANT YOU TO DO, SIRI!” Ocasio-Cortez screamed, and then lunged forward and knocked the iPhone off the table in a moment of rage. The iPhone has suffered a cracked screen and may sue for damages.

You chuckle but it will happen. Soon.
R

Siri beat me one too many times at chess ... she screamed when I threw her into the fireplace ...

(really funny, Weatherman2020, thank you)
You must log in or register to reply here.

we need to repeal Obamacare and replace it with Medicare For All, my friends
13 14 15