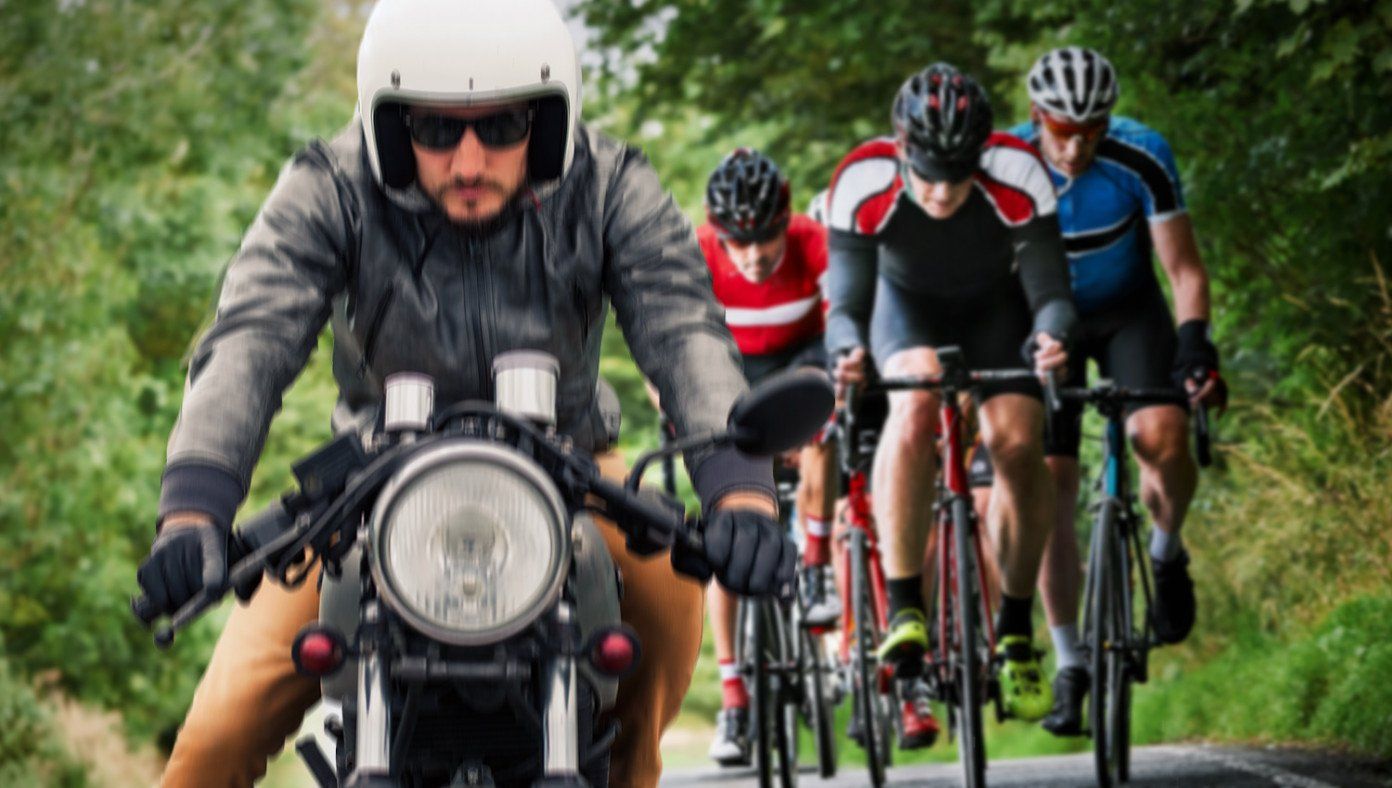 NEW YORK, NY—In an inspiring story from the world of professional cycling, a motorcyclist who identifies as a bicyclist has crushed all the regular bicyclists, setting an unbelievable world record.

In a local qualifying race for the World Road Cycling League, the motorcyclist crushed the previous 100-mile record of 3 hours, 13 minutes with his amazing new score of well under an hour.

Professional motorcycle racer Judd E. Banner, the brave trans-vehicle rider, was allowed to race after he told league organizers he's always felt like a bicyclist in a motorcyclist's body.

"Look, my ride has handlebars, two wheels, and a seat," he told reporters as he accepted a trophy for his incredible time trial. "Just because I've got a little extra hardware, such as an 1170-cc flat-twin engine with 110 horsepower doesn't mean I have any kind of inherent advantage here."

Banner also said he painted the word "HUFFY" on the side of his bike, ensuring he has no advantage over the bikes that came out of the factory as bicycles.

Some critics say he needs to cut off his motor in order to make the competition fairer, but he quickly called these people bigots, and they were immediately banned from professional cycle racing.

... but everybody got a trophy ...
You must log in or register to reply here.

P
The Meaning of 'forever' in Hebrew