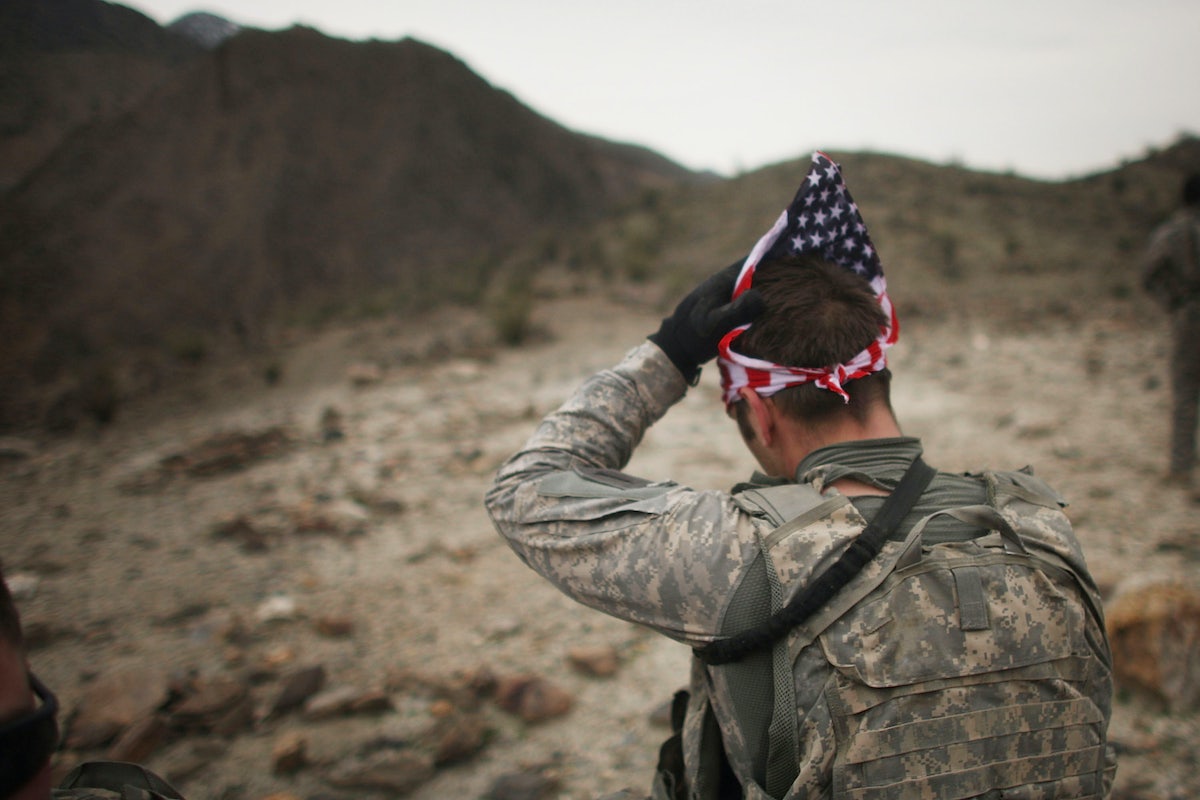 The Afghanistan Papers reflect what we soldiers knew on the ground: "Victory" was always an empty talking point.

There are numerous articles about the secet papers uncovered that shows we have never “won the war” in Afghanistan. Most are dry and dusty.

This is about the actual realities from a soldier who was there several times and is well-worth reading. Nitty-gritty, it tells what the generals and politicians don’t want you to know.

“I have no visibility into who the bad guys are,” Donald Rumsfeld writes in one of the Afghanistan Papers’ collected “snowflake memos” from 2004, three years into the U.S.’s longest war—not long before I finished Ranger School and reconnaissance school to head to Paktika province as the executive officer of a rifle company with the 173rd, and a full four years before I would return as a company commander to Kunduz province. On the first deployment, our brigade lost 43 soldiers killed, and I couldn’t guess how many wounded, in one of the more difficult deployments endured by a conventional unit. On the second, our brigade lost three soldiers killed and many more wounded; I personally gave out two dozen Purple Hearts to my company. We were fighting and dying to achieve objectives that no elected leader could fully articulate. Army officers like to toss around an old saw by the Prussian military theorist Karl von Clausewitz: “No one starts a war—or rather, no one in his senses ought to do so—without first being clear in his mind what he intends to achieve by that war, and how he intends to conduct it.” By that standard, there never should have been an Afghanistan war.

And here’s the nut of the whole thing:

There is probably another story yet to be written about how this is the type of war one gets when elite special operations units lead the fight—numerous high-value targets killed, with the occasional wedding party thrown in for good measure. For now, though, let’s lay a great share of the blame on those who earned it most: the political and military leadership at the top, across our divided political spectrum, who together steadfastly refused to define an achievable victory in Afghanistan and refused to do the difficult, honorable thing and bring the soldiers home—leaving us to kill and die downrange, while thanking us for our indefinite service with boisterous platitudes.

We Have Just Been Handed the Pentagon Papers of Our Generation

The Afghanistan Papers are a devastating indictment of our military and political leaders. The question is: Will anyone notice?

Military Officials Sent Us to Fight, Kill, and Die in an Unwinnable War

The Washington Post’s Afghanistan Papers framed in stark terms the incompetence and immorality of the officials under whom I served.

Full piece @ Military Officials Sent Us to Fight, Kill, and Die in an Unwinnable War

Where Is the Outrage Over the War in Afghanistan?

A new Washington Post report proving the longest war in American history has been sold on lies for 20 years causes barely a ripple.

Full piece @ Where Is the Outrage Over the War in Afghanistan?

And the Dims are screaming because President Trump wants to pull out 4,000 of the 12,000+ we have there

All that war has been is a money dump, and a live fire training exercise.

The only way to "win" that war is to kill everything with a dick. Annihilate the entire male population, then sell the women to the chinese. Those people do not care to do anything any different than they have since the dawn of time and we were not going to go in there and make them change. Once we ousted the Talibs, and we should have killed them much more mercilessly than we did, we could have left and let the Northern Alliance forces take over so that the country could resume it's 6000 year old cycle of constant tribal warfare.

We did get to innovate some new technology, we had a whole country to test the shit out, and we brought back most of our soldiers who are now extremely proficient with M4's and many of them bought some and keep them in their houses. Much to the chagrin of liberals everywhere.

A momentary pause to consider the nature of the man Trump supporters are defending.
2 3

A moment ago
MeBelle

Heated disagreement breaks out in Situation Room over hydroxychloroquine, Navarro vs Fauci
2 3