LOS ANGELES - Contaminated medical instruments are suspected in a "superbug" outbreak at a Los Angeles hospital that has infected at least seven patients, two of whom died. More than 170 others may have been exposed to the antibiotic-resistant bacteria.

If you're doing a lot of endoscope procedures back to back, you have to sterilize those that have been used. Isn't it obvious? What's wrong with these people, who are called doctors?!
W

Significant increase in superbug infection seen among children
Oct. 20, 2015 - While the study found increases in infections, researchers said more work must be done to understand the causes for the increase.

Children are increasingly being infected by carbapenem-resistant Enterobacteriaceae, or CRE, bacteria found at hospitals that is resistant to many types of antibiotics, according to new research. CRE infection affects patients in hospitals and long-term care facilities, especially those whose care involves ventilators, urinary catheters, or intravenous catheters. According to the Centers for Disease Control and Prevention, about half of patients infected by CRE die. In many of these patients, long-term treatment with antibiotics means the drugs are ineffective against infections such as CRE, limiting doctors' options for treating the infection. 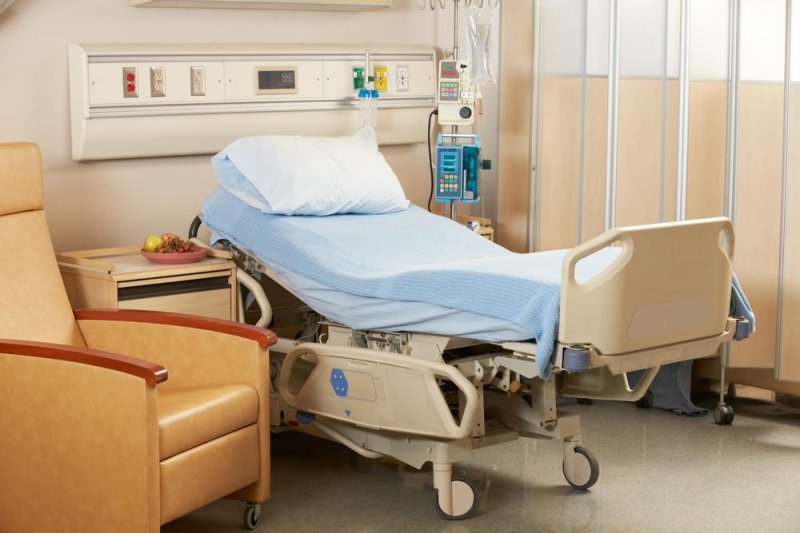 Most CRE infections happen in hospitals and long-term living facilities among older, immune compromised patients.​
While the increases in infection rates among children are concerning, there is a lack of research into the infections with children -- most cases are found in nursing homes and among the critically ill -- and the means by which the bacteria become resistant may be different. "This difference would affect how the patients are treated and infections are best prevented," said Dr. Latania Logan, an assistant professor of pediatrics at Rush University Medical Center, in a press release. "We are looking at these differences currently so that we can figure out the best strategies for prevention." Researchers reviewed 316,253 cultures obtained from children in the United States between 1999 and 2012 from 300 clinics participating in the The Surveillance Network–USA database. They found the rate of infection among children of all ages and settings increased from 0 percent in 1999 to 0.47 percent in 2012.

The researchers also found, among children ages 1 to 5, CRE presence in cultures from children in intensive care units increased from 0 percent to 4.5 percent, and CRE in bloodstream samples increased from 0 to 3.2 percent. The methods by which adults are exposed to CRE, especially older adults, are understood, researchers wrote in the study, however prevalence in nursing homes and among people with compromised immune systems or long-term residence in medical facilities does not explain the increases among children. Though the researchers note incidence among children remains low, the increases still must be considered. "There have not previously been any nationwide studies assessing the prevalence and epidemiology of CRE in U.S. children, so to date no one has known whether CRE are a true emerging problem in children," Logan said. The study is published in Emerging Infectious Diseases.

U.S. bows to pharma pressure to help with superbugs...

US to establish lab network for combating 'superbugs'
May 31, 2016 | Washington (AFP) - US authorities said they are establishing a network of labs that can respond quickly to antibiotic-resistant "superbugs," following America's first human case of a dangerous strain of E. coli.

The announcement by the US Centers for Disease Control and Prevention came as authorities try to identify people who had contact with a 49-year-old woman in the eastern state of Pennsylvania whose urinary tract infection tested positive for E. coli bacteria carrying the antibiotic-resistant mcr-1 gene. Starting in the fall, the CDC will provide infrastructure and lab capacity for "seven to eight regional labs, and labs in all states and seven major cities/territories, to detect and respond to resistant organisms recovered from human samples," the agency said in a statement.

State labs will be able to detect changes in antibiotic resistance and report the findings to federal authorities, leading to faster and more effective investigations and "stronger infection control among patients to prevent and combat future resistance threats." The Pennsylvania woman had not traveled abroad recently and officials do not know how she contracted the bacteria with the antibiotic-resistant gene previously found in China and Europe. The mcr-1 gene makes bacteria resistant to the drug colistin, which is used as an antibiotic of last resort. Colistin has been available since 1959 to treat infections but was abandoned for human use in the 1980s due to high kidney toxicity. It is widely used in livestock farming, especially in China.

Starting in the fall, the CDC will provide infrastructure and lab capacity for a network of labs that can respond quickly to antibiotic-resistant "superbugs"​
However, colistin has been brought back as a treatment of last resort in hospitals and clinics as bacteria have started developing resistance to other, more modern drugs. The CDC said an investigation has determined that the Pennsylvania patient did not have a type of bacteria known as carbapenem-resistant enterobacteriaceae (CRE) and it was not resistant to all antibiotics. "The presence of the mcr-1 gene, however, and its ability to share its colistin resistance with other bacteria such as CRE raise the risk that pan-resistant bacteria could develop," the CDC said.

US health authorities have been looking for the mcr-1 gene in the US since it emerged in China in 2015. Its discovery in the United States for the first time "heralds the emergence of truly pan-drug resistant bacteria," said a Defense Department report on the finding published last week in Antimicrobial Agents and Chemotherapy, a journal of the American Society for Microbiology.

PGreen said:
If you're doing a lot of endoscope procedures back to back, you have to sterilize those that have been used. Isn't it obvious?
Click to expand...

What's the difference between an endoscope and a colonoscope?

Drug Companies Told to Do More to Tackle 'Superbug' Crisis...

Drug Companies Told to Do More to Tackle 'Superbug' Crisis
January 23, 2018 — Drugmakers' response to the threat posed by "superbugs" remains patchy even after years of warnings, according to the first analysis of individual companies' efforts to tackle the antibiotic resistance crisis.

The rise of drug-resistant bacteria is a growing threat to modern medicine with the emergence of infections resistant to even last-resort antibiotics — a situation made worse in recent years by overuse of antibiotics and cutbacks in drug research. New analysis by the nonprofit Access to Medicine Foundation (AMF), published Tuesday, found that GlaxoSmithKline and Johnson & Johnson were doing more than most among large research-based pharmaceutical companies to tackle the problem, while Mylan led the way among generic drugmakers and Entasis was top among biotechs.

Overall, GSK led the field with 55 antimicrobial pipeline projects, including 13 vaccines. But action taken by such companies is only the start of what could be done to address the problem, which former Goldman Sachs chief economist Jim O'Neill in 2014 estimated could cause 10 million deaths a year worldwide by 2050. "The whole of modern medicine depends on being able to control and treat infections," said Jeremy Farrar, director of the Wellcome Trust charity. "Perhaps the most exciting area of medicine at the moment, immunotherapies for cancer, is impossible unless you can control infection."

'Definitely more' should be done

While more experimental antibiotics are now moving through development than a few years ago, the number is still down from what it was during the 1980s and 1990s. And a lot more work needs to be done to ensure appropriate use of medicines — both new ones and the thousands of metric tons of older pills churned out each year by generic companies. "There's definitely more that all companies can do," said Jayasree Iyer, executive director of AMF, which published the analysis at the World Economic Forum annual meeting in Davos, Switzerland. "We need to strengthen the research and development pipeline, and when new products reach the market, we need to ensure that they are used in a conservative way so that misuse and overuse is limited." There are now 28 experimental antibiotics in late-stage development against critical pathogens, but only two of these are supported by plans to ensure they can be both made accessible and used wisely if they reach the market. 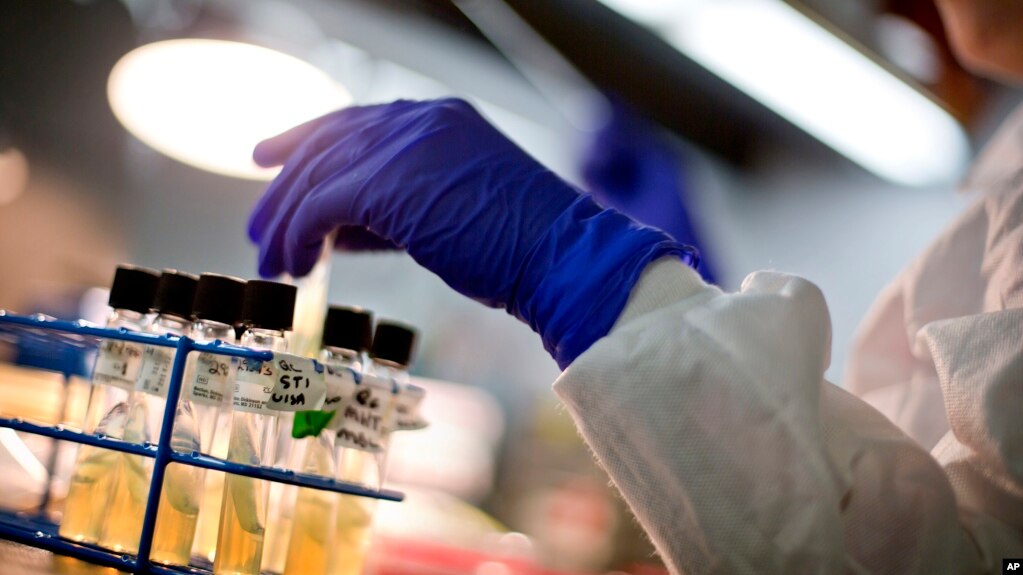 A microbiologist works with tubes of bacteria samples at the Centers for Disease Control and Prevention in Atlanta​
The AMF said four companies — GSK, Shionogi, Pfizer and Novartis — had taken steps to separate sales representatives' bonuses from the volume of antibiotics sold, but that much more needed to be done across the industry to counter overuse. Another under-recognized problem is the pollution caused by mass production of antibiotics, due to lax oversight of wastewater runoff. In India's Hyderabad region, for example, the presence of hundreds of drug factories and inadequate water treatment has left lakes and rivers laced with antibiotics, making the area a giant petri dish for anti-microbial resistance. The AMF urged multinational drugmakers to do more to ensure that their suppliers of bulk antibiotic ingredients were complying with rigorous wastewater standards.

Drug Companies Told to Do More to Tackle 'Superbug' Crisis
Click to expand...

PGreen said:
What's wrong with these people, who are called doctors?!
Click to expand...

Actually, doctors aren't responsible for the sterilization of endoscopy equipment. Theatre techs / Nurses do that.

PGreen said:
What's wrong with these people, who are called doctors?!
Click to expand...

Actually, doctors aren't responsible for the sterilization of endoscopy equipment. Theatre techs / Nurses do that.
Click to expand...

What's the difference between an endoscope and a colonoscope?

PGreen said:
LOS ANGELES - Contaminated medical instruments are suspected in a "superbug" outbreak at a Los Angeles hospital that has infected at least seven patients, two of whom died. More than 170 others may have been exposed to the antibiotic-resistant bacteria.

If you're doing a lot of endoscope procedures back to back, you have to sterilize those that have been used. Isn't it obvious? What's wrong with these people, who are called doctors?!
Click to expand...

The most worrying thing is the antibiotic-resistant bacteria, probably resistant because the US uses too many drugs, too often, and even feeds them to animals which people then eat.

US farm antibiotics use ‘more than double the UK’ - Farmers Weekly

"
US farm antibiotics use ‘more than double the UK’"

Q
UFC not as fun as it used to be

Okay. A Serious Question. Who has the Worst Fake Laugh....Hillary or Kamala? Let's Go to the Video.