Avian Influenza, popularly referred to as bird flu which has returned back to Nigeria has now affected 2.5 million chickens and has spread to 18 states in Nigeria. According to the Nigerian Institute of Animal Science, this has resulted in the loss of several billions of Naira.

“By the last count, I think as of yesterday (Thursday), not less than 2.5 million chickens have been infected and over 700 farms have been affected nationwide. From one incidence in one state and moving to two states, it has increased and I think by now we are having it in not less than 18 states,” he affirmed.

We will have to start having a chicken pen in the back yard.
W

Where will their next meal come from?...

MSF Reports Humanitarian Catastrophe in Nigeria's Borno State
July 20, 2016 - Doctors Without Borders (Médecins Sans Frontières, or MSF) is calling for a major aid response to a humanitarian catastrophe in northeastern Nigeria's war-torn Borno state, where at least 500,000 people are in urgent need of food, medical care, water and shelter.

"Aid agencies must deploy a massive relief operation to respond to this humanitarian emergency," Dr. Isabelle Defourny, MSF director of operations, said in a statement Wednesday. As the Nigerian army regains control of towns and villages in the conflict with the extremist group Boko Haram, the extent of the emergency is becoming more apparent, according to the international medical humanitarian organization. 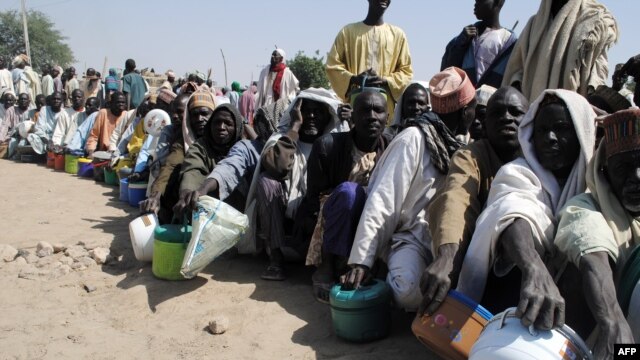 Internally displaced persons wait to be served with food at Dikwa camp, in northeast Nigeria's Borno state​
Many people have been cut off from the outside world for as long as two years. The Internal Displaced People (IDP) now living in towns controlled by the military are entirely dependent on outside aid, with many suffering from malnutrition as food is insufficient, MSF's statement noted. Last month, an MSF medical team found 16 severely malnourished children at immediate risk of death in an IDP camp in the town of Bama, in Borno state, and referred them to a therapeutic feeding center. 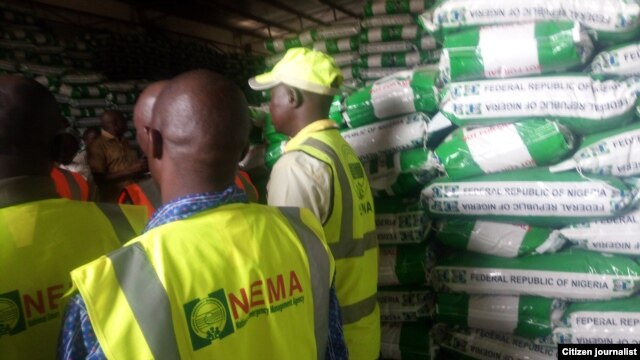 Humanitarian aid is presented to the Borno state government for distribution​
Nearly 1,500 people, the most vulnerable and sick, were then evacuated by the authorities and food aid increased, MSF said. But 15 percent of children in the camp suffer from severe acute malnutrition, and there have been about 40 deaths in the last three weeks. According to MSF, Bama is only one of many communities in Borno state that are in dire need of aid. Monguno, a town of 150,000 people — 65,000 of whom are displaced — has been without medical care since January 2015.

I think the COVID-19 lockdown is killing more people than it is saving. Here are my many reasons for thinking such a thing. Updated for March 26, 2021

Does Sweden have the last sane government on earth?
2

Shades Of Nazi Germany: Biden Wants Americans To Report / Turn In 'Radicalized' Friends And Family To His Govt
16 17 18

The Evidence for Ivermectin Keeps Pouring In
2 3 4