Who Are The Palestinians? Part 2

Mindful said:
Why Islamic Terrorists Commit Attacks
- In Their Own Words

"I am one of the servants of Allah. We do our duty of fighting for the sake of the religion of Allah. It is also our duty to send a call to all the people of the world to enjoy this great light and to embrace Islam and experience the happiness in Islam...

"Our primary mission is nothing but the furthering of this religion."

Why do you bother?

There are many sources that describe common characteristics of cults. One common theme among cults is indoctrination of the young. Both of the Islamic terrorist franchises occupying Gaza and the West Bank check the appropriate cult boxes. 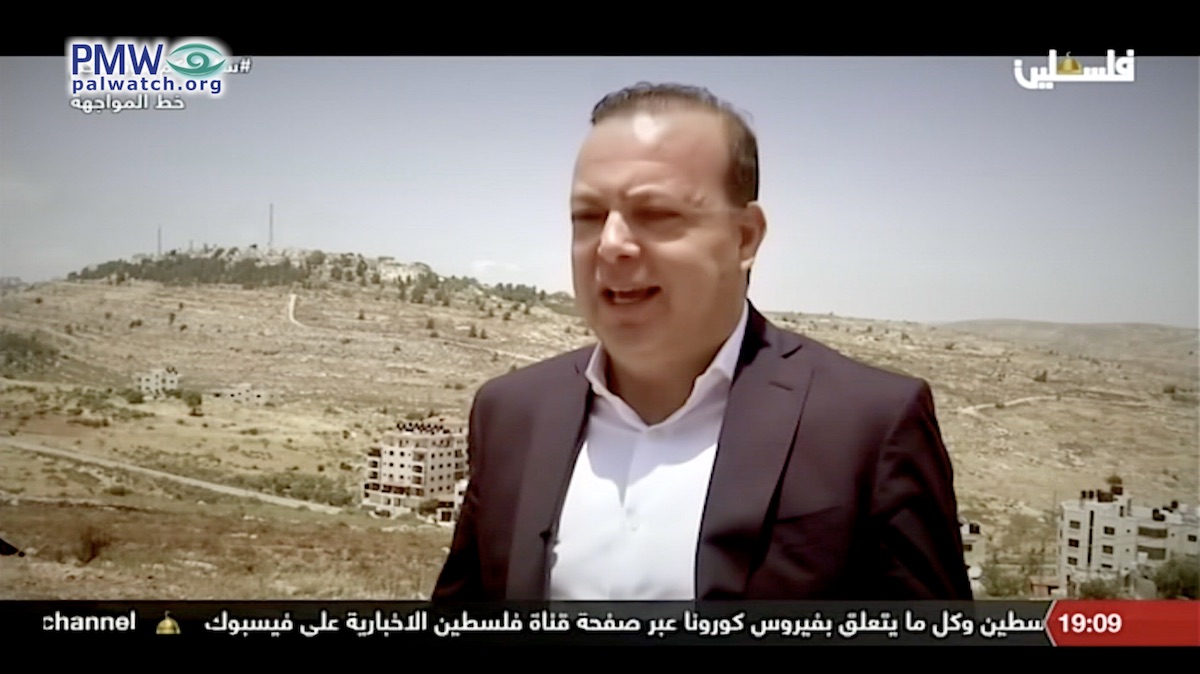 Still, after 20 years, a young Palestinian boy who sought and achieved death as a “Martyr” serves Fatah as a role model.

Still, after 20 years, a young Palestinian boy who sought and achieved death as a “Martyr” serves Fatah as a role model.

Already from the early beginning of the PA’s terror wave (2000-2005) - the second Intifada – the PA was actively encouraging Palestinian children to seek Martyrdom. One 14-year-old boy, Faris Ouda, deliberately entered into confrontations with Israeli soldiers with the goal of becoming a Martyr. Believing the PA’s brainwashing, Faris left his mother with the words: "Don't worry, mother, Martyrdom is sweet.” [Official PA daily, Al-Hayat Al-Jadida, Feb. 3, 2001] Expecting and hoping to die as a Martyr, Faris had prepared a wreath in his room with his picture and the words “The brave Martyr Faris Ouda.” [Official PA daily, Al-Hayat Al-Jadida, Nov. 30. 2000] Palestinian Media Watch published its first report documenting the PA’s promotion of Martyrdom for children, already in November 2000, just two months after Arafat started the PA terror wave. Throughout the terror wave, the PA continued to teach children to “ask for death.”
H

The keffiyeh. A symbol of Islamic terrorism. 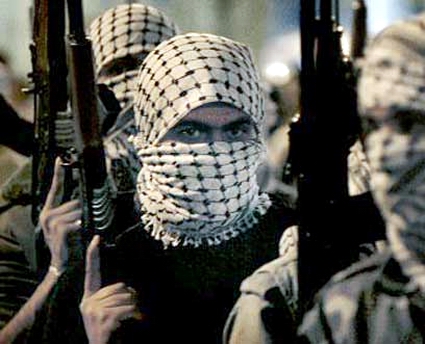 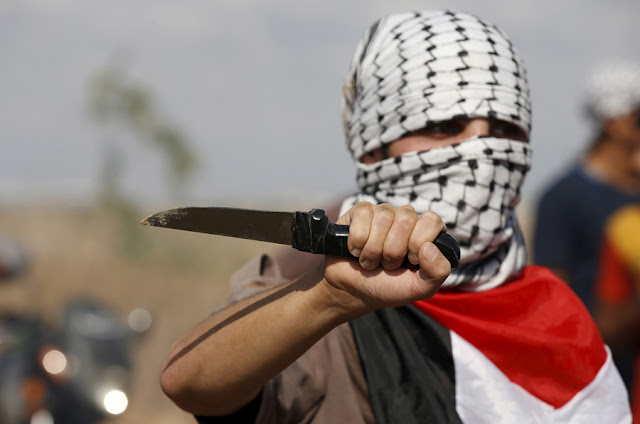 Given that we are now in the three week period of mourning for the destruction of the Temples and Jerusalem, I was interested in this Arabic article from Egy4News of “the most beautiful poems about Jerusalem.”

I have not been aware of any Arabic poetry about Jerusalem before 1967, so I wanted to know the content of these “beautiful” poems.

Automatic translation does a poor job with poetry, but some bits and pieces of the poems come through:

.. A war that destroys the breath of the Zionists .. Ink will cause important events .. Horror of earthquakes, a fire of volcanoes…
…My family in all of the land has been separated .. And the children of the apes are the basis of my scourge…
…The blessed Al-Aqsa Mosque is his land .. A land purified with all serenity .. And the prostitute desecrates his blessings .. With oppression, demolition…
…The face of his dome was covered with soot .. The Jews of treachery had woven nets… so the families in Jerusalem feared for their pigeons.
Click to expand... 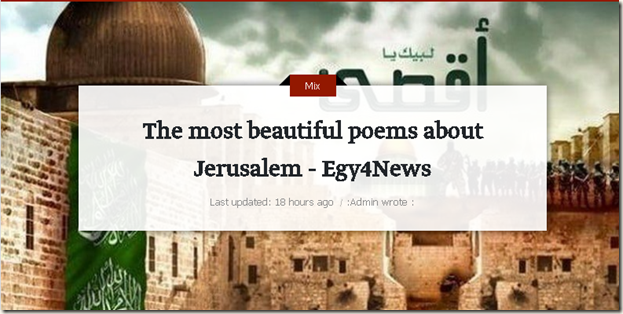 Palestinian “Beautiful Poems of Jerusalem” are, of course, antisemitic

elderofziyon.blogspot.com
You must log in or register to reply here.

PM: Jerusalem is exclusive capital of the Jewish people

Can Anyone State Why to Vote for Biden Without Mentioning Trump?
2 3 4