When The Church Became A Force..... 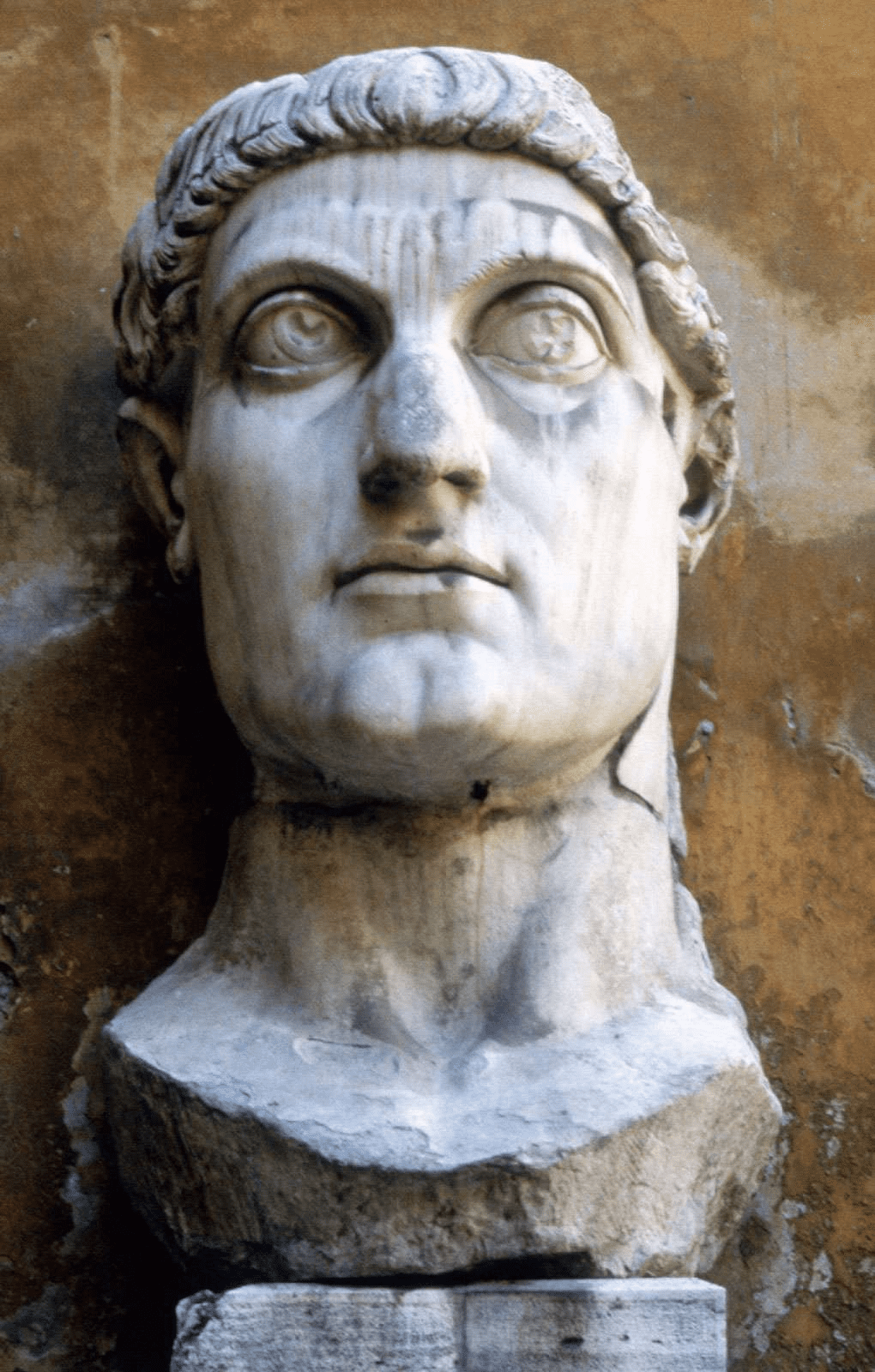 1. Roman Emperor Constantine I baptized May 22nd, 337
On this day in 337, Constantine the Great, who had practiced Christianity since his youth and sparked its growth into a world religion, became on his deathbed the first Roman emperor to be baptized in the Christian church.
Britannica.com

2. "Constantine was the first Roman emperor to convert to Christianity.[notes 1] Although he lived much of his life as a pagan, and later as a catechumen, he joined the Christian religion on his deathbed, being baptised by Eusebius of Nicomedia. He played an influential role in the proclamation of the Edict of Milan in 313, which declared tolerance for Christianity in the Roman empire. He called the First Council of Nicaea in 325, which produced the statement of Christian belief known as the Nicene Creed.[3] The Church of the Holy Sepulchre was built on his orders at the purported site of Jesus' tomb in Jerusalem and became the holiest place in Christendom.

The Papal claim to temporal power in the High Middle Ages was based on the fabricated Donation of Constantine. He has historically been referred to as the "First Christian Emperor" and he did favour the Christian Church. While some modern scholars debate his beliefs and even his comprehension of Christianity,[notes 2] he is venerated as a saint in Roman Catholicism and Eastern Orthodoxy. " 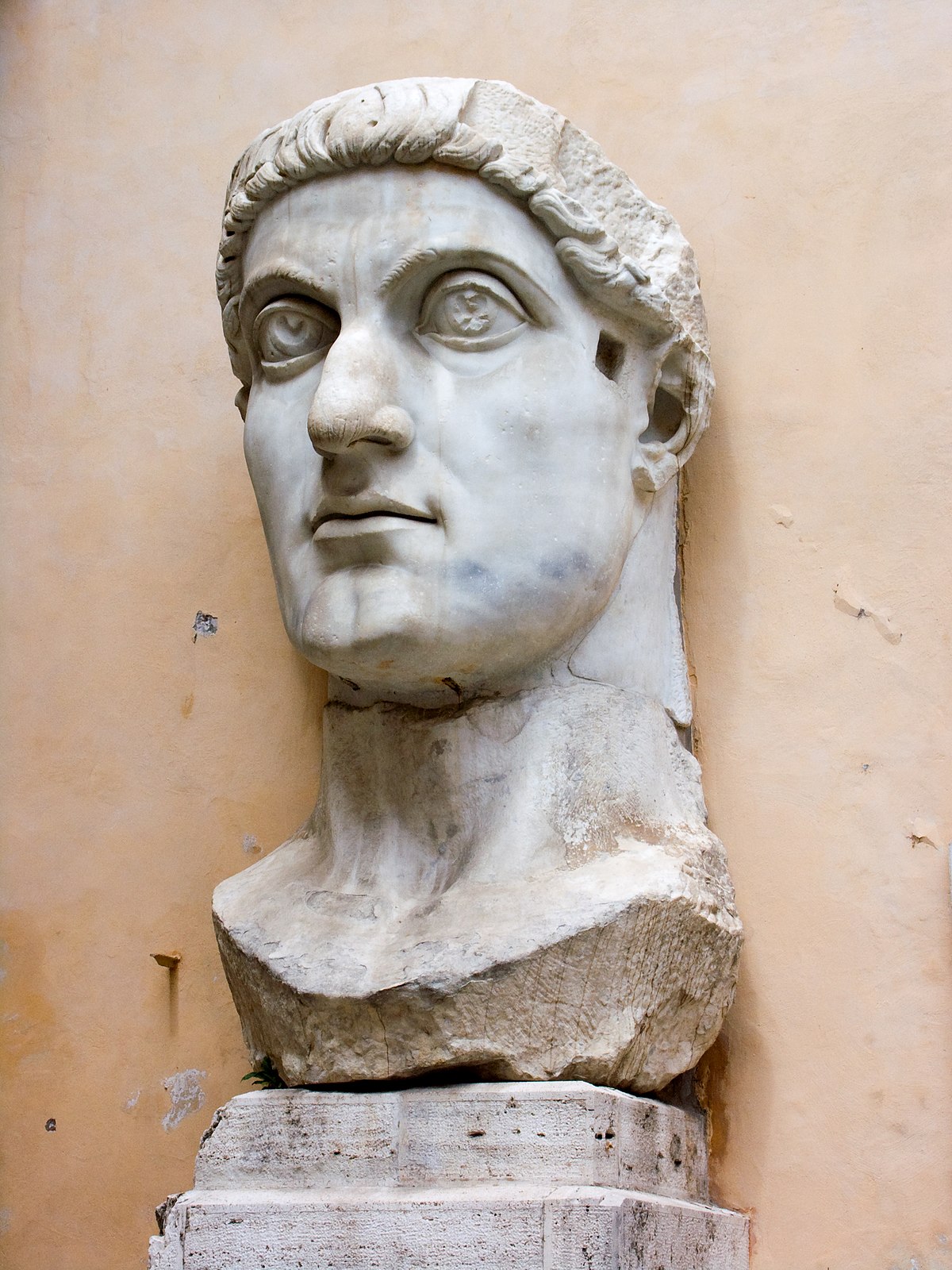 
3. Seems that the mission of militant secularists is to banish religion from the public space. In order for this to happen, history has to be "sanitized," and even lied about. Tales have to be invented...such as "religion is responsible for more deaths than any other cause."
Unfortunately, there are the blind followers who simply accept such fabrications, a reflection of the success of government school.

While it is simple to prove this false, you have to wonder why those hearing such a charge accept it. In my view, they have been prepared for that slander, and don't know that religion is responsible for the advancement of humanity, and the foundations of the Western Civilization.


4. How about the idea of equality?
As long ago as the Middle Ages, the church served as the incubator for many of our most cherished of modern ideas. Clement of Alexandria( c. 150 – c. 215), said this:
"... both slave and free must equally philosophize, whether male or female in sex . . . for the individual whose life is framed as ours is may philosophize without education.whether barbarian, Greek, slave, whether an old man, or a boy, or a woman. For moral self-restraint is common to all human beings who have chosen it. And we admit that the same nature exists in every race, and the same virtue."http://www.sjsu.edu/people/shantanu.phukan/courses/c15/s1/Christians_against_Roman_order.pdf

a. While this is a note about the early church, the Hebrew Bible began the idea, stating that all humans were created in God's image.

b. Note the demand that women be treated as equals: this view was not that of even the most educated citizens of the Roman Empire of the time, or, in fact, of any other great empire of the time.
OP

5. How about the church's movement against slavery?
The same Clement of Alexandria reminded that, since God made every human being "in his image, I would ask you, does it not seem to you monstrous that you human beings who are God's own handiwork-should be subjected to another master, and, even worse, serve a tyrant instead of God, the true king?"
Ibid.


5. Without this emphasis on the moral equality of all people there could not have been the rise of the Western legal tradition, its distinctive feature of equality before the law. Yes, this view took centuries before it was generally recognized, before it was made self-evident that all men were created equal....1776 before it could be so written and not laughed at.

It required a religious culture steeped in the belief that all of mankind was "endowed by their Creator with certain unalienable Rights."

This could not have occurred without religion.
"Christianity on Trial," Carroll and Shiflett

This would have been taught in government school had not the neo-Marxists taken control.
OP

"The overwhelming opinion about the Romans in academic – and wider – circles today is hostile. The Romans are seen as militaristic imperialists, who owed their success to their brutality and their militarism."
Why Rome Barbarism and Civilization

6. How about reverence for human life, Rome vs the contemporary chuch?

At the opposite end of the spectrum we find the gladiatorial games. Crowds that included the very best citizens exulted as scores of men, and sometimes many hundreds, slaughtered one another for fleeting fame and honor. Not that they always had much choice in the matter.

Elaine Pagels describes the action at the Roman amphitheater in the second century: "The spectators cheered the men who recklessly courted death, and thrilled to the moment of the death blow. The crowd would go wild when a defeated gladiator defiantly thrust out his neck to his antagonist's sword, and they jeered and hooted when a loser bolted in panic."
Pagels, "The Origin o f Satan," p. 115


a. ' Christians deplored this entertainment, and not merely because there was always the chance that they might themselves someday wind up as prey. Rather, they were repulsed by the way this spectacle debased human life.

When the Emperor Constantine outlawed gladiator games in the fourth century (or attempted to; they flourished for decades afterward), he did so as an affirmation of Christian values.'
"Christianity on Trial," Carroll and Shiflett, p. 6-7

The Catholic Church was responsible for unspeakable evils during the Spanish Inquisition. None the less the Founding Fathers of America considered freedom of religion so important that they addressed it at the top of the list in the Bill of Rights. The point is that whatever you think of certain religious dogmas or religion in general is moot unless the stodgy old 1st Amendment becomes irrelevant.
OP

whitehall said:
The Catholic Church was responsible for unspeakable evils during the Spanish Inquisition. None the less the Founding Fathers of America considered freedom of religion so important that they addressed it at the top of the list in the Bill of Rights. The point is that whatever you think of certain religious dogmas or religion in general is moot unless the stodgy old 1st Amendment becomes irrelevant.
Click to expand...

"The Catholic Church was responsible for unspeakable evils during the Spanish Inquisition."

a. Before the Russian Revolution, the number of execution by the czarist government came to seventeen (17) per year, according to Solzhenitsyn. He pointed out that, in comparison, the Spanish Inquisition, at its height, destroyed 10 people per month.

But, during the revolutionary years 1918-1919, Lenin's Cheka executed, without trial, more than one thousand (1,000) people a month.
At the height of Stalin's terror, 1937-1938, tens of thousands of people were shot per month. Solzhenitsyn, "Warning To The West."


b. From Solzhenitsyn's "Warning To The West,"... "Here are the figures: 17 a year, 10 a month, more than 1 ,000 a month, more than 40,000 a month! Thus, that which had made it difficult for the democratic West to form an alliance with pre-revolutionary Russia had, by 1941, grown to such an extent and still did not prevent the entire united democracy ofthe world — England, France, the United States, Canada, and other small countries — from entering into a military alliance with the Soviet Union, How is this to be explained? How can we understand it? " Full text of "Solzhenitsyn: The Voice of Freedom"

Not an excuse, just a comparison.
OP

7. In "Decline and Fall of the Roman Empire," Edward Gibbon hardly went out of his way of defend Christians, but even Gibbon conceded the impressive ethical standards of early Christians. He listed their "pure and austere morals" as the fourth of five reasons for Christianity's remarkable growth before Constantine." (He is quoted in Bertrand Russell, "History of Western Philosophy,"p.350.)


What he doesn't mention is that Christians rejected the practice of infanticide, that they opposed the use of children for sexual pleasure, advanced women's status, continued the Jewish tradition of concern for the poor- but they did all of those things, as well.


8. A word about the killing of infants, often by simply abandoning them on a dung heap: boys were disposed of when deformed, girls when their births were inconvenient. Rodney Stark highlights this practice within his book "The Rise of Christianity" when he quotes from an ancient letter from a pagan named Hilarion to his pregnant wife Alis:

9. So, the ancients lacked respect for human life....and, of course, this is the aspect that religion has provided for civilization.
Yet, in America recently, we had a President who agreed with the earlier, the atavistic view. “Not once did anybody in the elite media ask why Barack Obama voted in favor of legalizing infanticide,” Gingrich said.
Gingrich was presumably referencing Obama’s opposition to Illinois’ proposed version of a “born alive” law, intended to require doctors to administer immediate medical care to any infant that survived an intended abortion....

FactCheck.org found holes in Obama’s explanations as to why he did not support the “born alive” legislation."
FACT CHECK Gingrich Claim on Obama Infanticide Vote A Stretch - NationalJournal.com

Isn't it time you yanks grew up regarding your gun death epidemic?
7 8 9

A moment ago
DOTR

J
WHO Jumped On the Media's Anti-HCL Bandwagon!

“Get up and fight, sucker!"...Muhammad Ali gave us of the most iconic moments in sports history 55 years ago today, KO'ing Sassy Sonny Liston