The Catholic Defender: A Day At Fort Hood 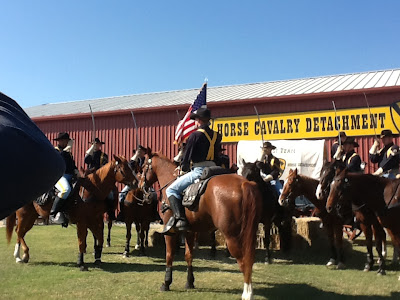 Oh my goodness! Are those SABERS?

Fort Hood shooting suspect wants death penalty out
January 24, 2013 -- The new judge in the Fort Hood shooting rampage case faces a controversial decision next week: whether to spare Maj. Nidal Hasan a possible death sentence and let him plead guilty in the worst mass shooting on a U.S. military installation.

Defense attorneys said Hasan wants to plead guilty to 13 counts of premeditated murder, but Army rules prohibit a judge from accepting a guilty plea in a death penalty case. If the death sentence is removed, Hasan's punishment would be life without parole - which he already faces if convicted of the 32 counts of attempted premeditated murder in the 2009 attack on the Texas Army post. The date for his long-delayed trial has not been set, but pretrial hearings are scheduled Wednesday through Friday so the new military judge, Col. Tara Osborn, can reconsider several defense requests previously rejected by the former judge. That judge was removed after the military's highest court said he appeared to show bias, a ruling that ended appeals that had delayed the case more than three months.

Defense attorneys argue that Hasan should be spared a possible death sentence because his rights have been violated - including by the former judge who ordered that Hasan's beard be forcibly shaved. Hasan first showed up in court in June with a beard, later saying it was required by his Muslim faith, but facial hair violates Army rules. Defense attorneys also claim Fort Hood's commanding general was not impartial when he decided in July 2011 that Hasan would face the death penalty, and had been influenced by high-ranking government officials. Hasan, an Army psychiatrist, has not yet entered a plea.

Osborn has full authority to decide on the death penalty issue because she is ruling on legal matters raised by the defense, said Jeff Addicott, director of the Center for Terrorism Law at St. Mary's University School of Law in San Antonio. "I think the case will go forward as a death penalty case, because it's dragged on for years, and if ever there was a case fitting of the death penalty, this is it," said Addicott, who is not involved in the Hasan case, adding that he believed Hasan is "a radical extremist ... and he has no remorse." He said defense attorneys are simply trying to quickly end the case by having their client plead guilty and avoid a death sentence.

Is the us army unfit for service

After doing some DMT, I have come to realize I was wrong about everything. I am meant to be a far-left progressive

Hudson Mayor takes a stand against school board indoctrination.
3 4 5